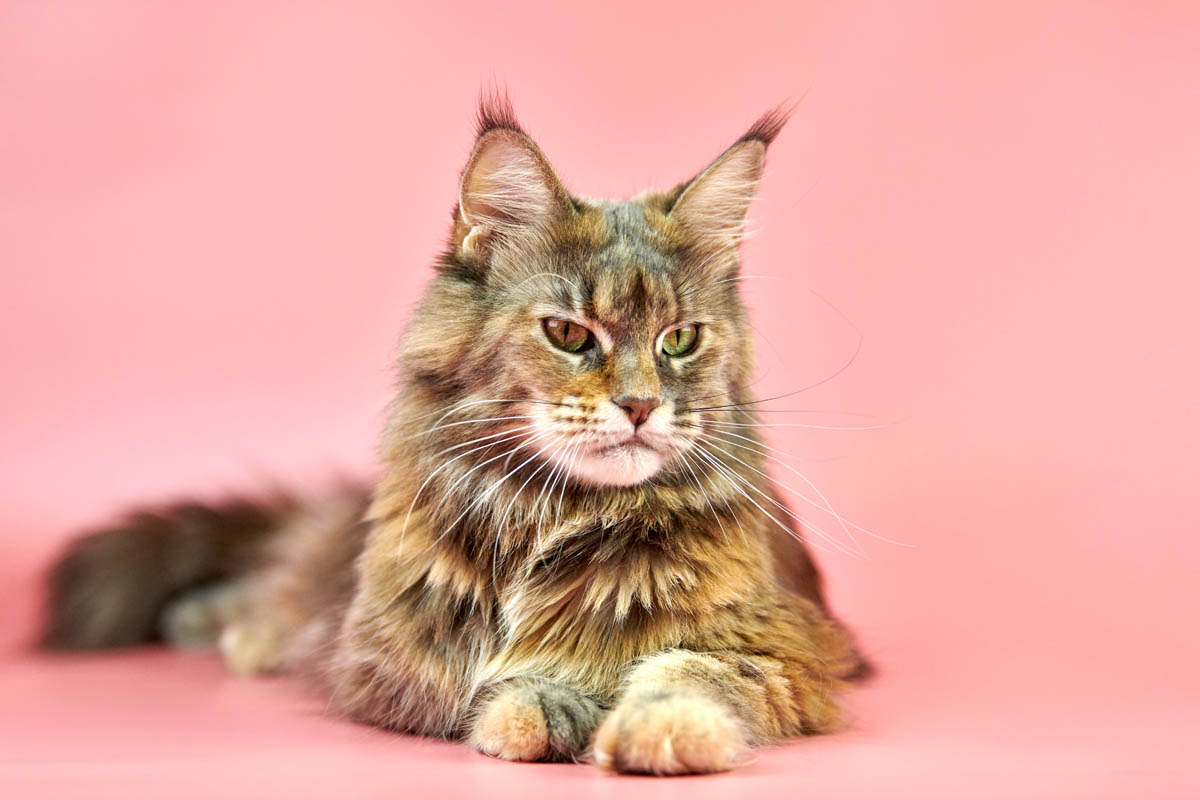 What is the smallest cat breed?

The smallest domestic cat breed is the Singapura who weighs between 2-5 kg.

The munchkin is the shortest breed. Munchkins have short legs on a normal-sized body which are due to achondroplasia, a form of dwarfism which affects the long bones.

Why do some cats knead?

Kneading is a throwback to infancy when kittens knead their mother’s belly as they nurse from her. This tells the mother the kittens are content and also helps to stimulate milk production.

Many adult cats will continue to knead on soft blankets or their favourite human, which is a sign of happiness. Drooling can also accompany kneading.

How long do cats live?

The average lifespan of a cat is between 9-12 years, although some cats have lived into their twenties. Indoor cats typically have a longer lifespan than outdoor cats who are at greater risk of diseases, injury and trauma.

Regular veterinary visits can increase the lifespan of cats, as many age-related diseases can be picked up and managed early.

Cats like boxes because they are ambush predators, which means they catch their prey by stealth. They will quietly stalk the prey until the right moment and then ambush it.

Cats are also at risk from larger predators such as foxes. When not hunting, enclosed spaces provide the cat somewhere safe to hide. This also explains why cats hide when they are sick. Predators seek out the young, old and sick. Hiding is a way to evade predators while the cat is unwell.

Cata also like boxes because they are curious when we bring home a new box they want to know what it is and what is in it.

Most cats don’t like water because they have had no reason to be around water.

Cats are descendants of desert-dwelling animals who hunted land-based animals such as mice and birds. Most of the cat’s water intake came from the food they ate.

Cats also do not need to clean themselves in water as they groom themselves to remove dirt, debris and food residue. Unlike other animals, the coat of cats is not waterproof, and a wet coat is too heavy and uncomfortable and in cold climates, can put the cat at risk of hypothermia.

Not all cats dislike water, the Turkish Van and Bengal both love water.

The purr of a kitten has a higher pitch than other types of purring. Kittens purr when they are nursing, and their mother will purr back; it is believed to be a signal to the mother that all is well, and this purring elicits a caregiving hormonal response.

Purring isn’t confined to kittens; it continues into adulthood. Pet owners usually associate purring as a sign of a contented cat, however, purring is also known to occur in a distressed, sick or even dying cat.

In this situation, it may be a throwback to when cats lived in the wild, a weak or dying cat is vulnerable to predators, therefore purring may help to throw off any potential hunters by suggesting that all is well with the cat. 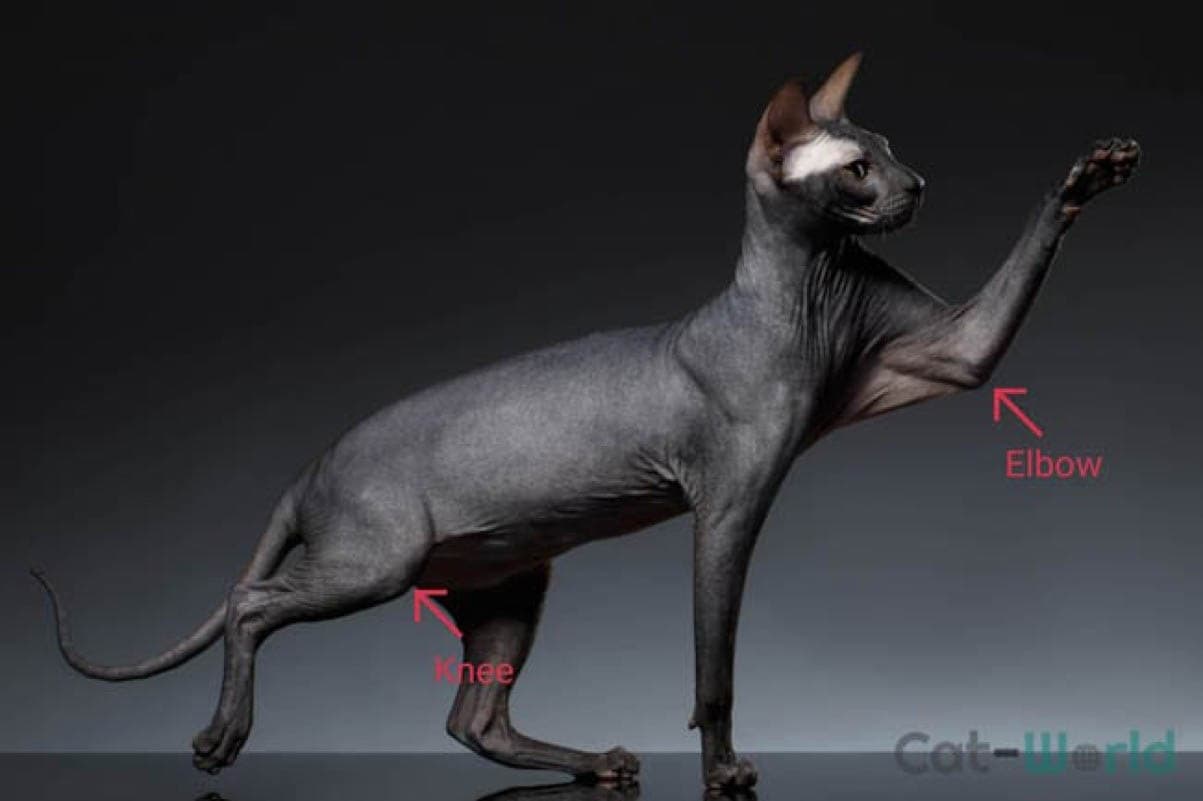 Yes, cats have knees on the hind legs. The knee is known as the stifle joint in cats animals and is made up of the tibia, fibula and patella (kneecap). Kneecaps protect the joint and connect the muscles in the front of the thigh to the tibia.

The knee is a hinge joint and is the largest joint in the body.

Cats do sweat through their paws and not all over as humans do. Sweating isn’t an efficient way of cooling down in cats. Instead, they pant and groom to keep themselves cool.

Cats are at risk of heatstroke if they are exposed to heat, pet owners can help by keeping cats inside on warm days, providing plenty of cool, fresh water and avoiding excessive exercise. Obese cats, young kittens and senior cats are at the greatest risk of heatstroke.

What is the most common house cat?

The most common cat is the domestic (also known as a moggy or mixed-breed). These cats have a random/mixed ancestry and are not registered as any specific breed. The domestic cat occurs in all colours and patterns and can have short (domestic shorthair or DSH) or long hair (domestic longhair or DLH).
All of the purebred cats originated from the same ancestor, Felis silvestris lybica which originated in the Fertile Crescent. As humans gave up their nomadic lifestyle and settled on the land, rodents moved in, attracted by the grains. A symbiotic relationship quickly formed between cat and man, cats protected the grain stores from rodents and humans protected cats from larger predators such as wolves and foxes.

What is the most common cat colour and pattern?

The brown mackerel tabby is the most common colour and pattern this is the wild-type which is the characteristics (phenotype) of the typical cat as it occurs in nature.

What are the most popular cat breeds?

It’s hard to give a definitive answer because the popularity of breeds can vary from country to country. For example, the American Shorthair is popular in the United States, but there are none in Australia. For the sake of simplicity, the following list is made up of universally popular cat breeds.