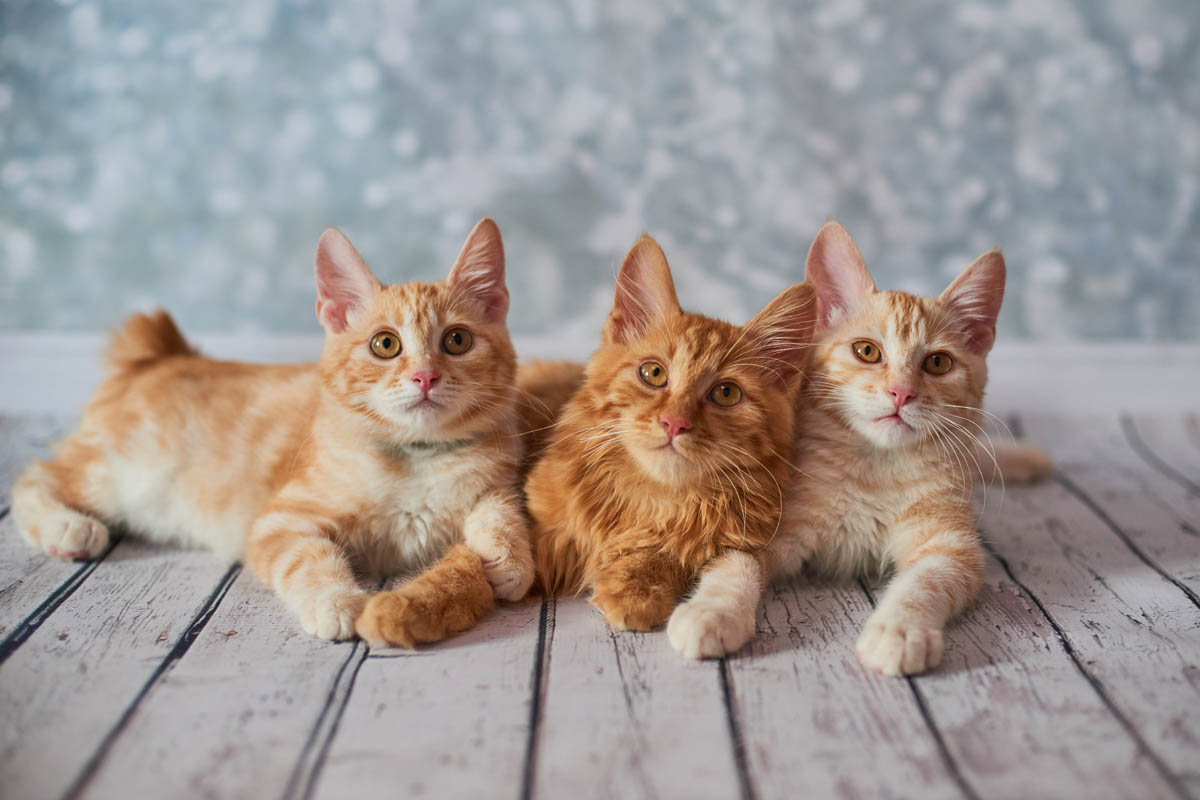 
In 1960, John and Brenda Sanders came across a short-tailed male tabby cat while holidaying near an Indian Reservation in Arizona. They brought him home and mated him to a Siamese female named Mishi. The resulting litter consisted of kittens with short tails like their father.

A friend of the Sanders, Mindy Schultz came onboard and Himalayans, Siamese, and Birmans were added to the mix. In the early 1970s, Mindy wrote the first breed standard.

Later on, modifications were made to the original breed, which resulted in a greater range of colours and hair types.

The gene responsible is dominant, only one parent needs to have the gene to pass it on to their offspring. Outcrossing is still permitted although Japanese Bobtails and Manx cats are now allowed to be used.

The American Bobtail is a medium to large, well-muscled, stocky cat with heavy boning. The chest is broad and deep. The hind legs are longer than the forelegs, leading to large, founded feet with tufts between the toes.

The tail can range from 1-4 inches in length. It may be straight, slightly curved or bumpy. It should not extend beyond the hind hock.

American Bobtails are slow to develop, taking three years to reach maturity. As with most other cat breeds, females are noticeably smaller than males.

Broad modified wedge. Eyes are round and the wide ears have tufts.

The coat comes in short or medium/long hair and all colours and patterns.


The American Bobtail is an extremely intelligent and playful breed of cat. They are easy to train to do tricks or walk on a leash and they travel well.

The American Bobtail forms close bonds with their human companions and can be somewhat shy of strangers.

They get along with children and other pets and make an exceptional family pet.

A few sources have said that due to their personality, the American Bobtail makes an excellent therapy cat.


The American Bobtail is an overall healthy breed of cat.