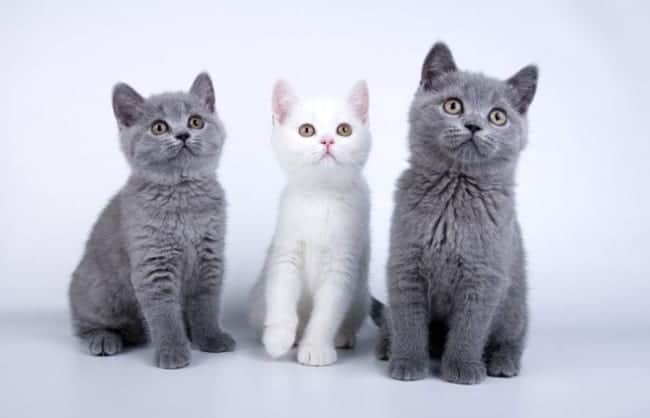 Cat breeds come in all shapes, sizes and personality, and pet owners must choose carefully before bringing a new pet into the home. This article looks at cat breeds which are suitable for novice or first-time owners. The criteria I have based these breeds on include overall health, a friendly personality but not too needy and ease of care. 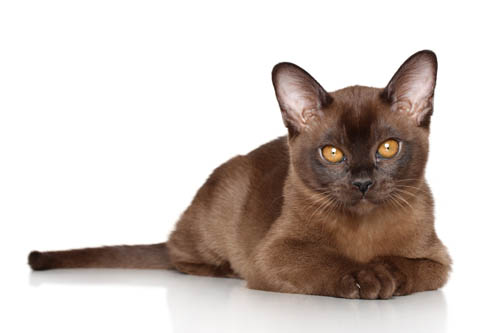 The Burmese are on almost all of the ‘best breed for…‘ lists and for very good reason. Burmese cats get along well with everyone, including children and other pets and will often welcome new animals and help them settle in. This is a breed who doesn’t play favourites; they are extremely people-oriented and love everyone they meet. Many Burmese owners say males are cuddlier than females who tend to be a little more independent.


Burmese cats sometimes talk, if they have something to say, but are not overly noisy.

Due to their affectionate and loving nature, Burmese cats don’t do well if left for extended periods alone; therefore we recommend a companion for households who are out of the home for long hours.

The teddy bear of the cat family, British Shorthair cats are a calm and laid-back breed who are somewhat independent. The British Shorthair is a quiet and unassuming cat and less active than many of the other breeds of cat, but they are no couch potato. This is a breed who would make a great companion for somebody who is looking for a companion who doesn’t need to be on or with you all of the time.

British Shorthairs are the pedigreed version of the traditional British domestic cat with a distinctive cobby body, thick coat and a broad face.

Blue (grey) is the most recognised colour, but the British Shorthair can be found in every coat colour and pattern possible. The British longhair is a close relative but with a longer coat. 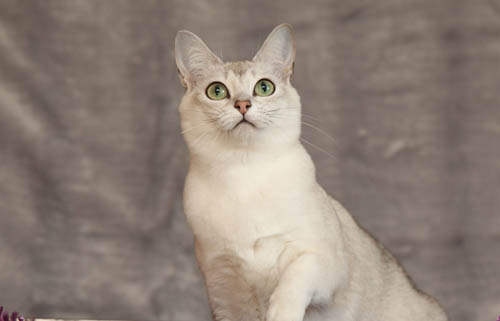 The beautiful Burmilla came about due to an accidental mating between a Chinchilla Persian and a Burmese cat and has traits of both breeds. More active than the Persian, but less energetic than the Burmese, Burmillas make the perfect companion. Burmillas are quiet, gentle,

The coat consists of a pale background with dark tips which produces a stunning effect. Burmillas can have a short, plush coat or a semi-longhair. 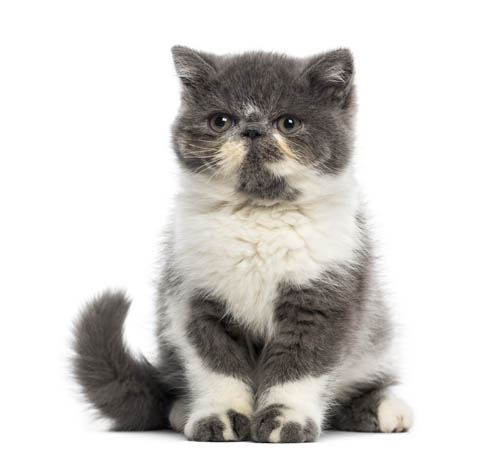 The exotic is essentially a shorthaired Persian and has a similar laid-back and quiet nature to its Persian cousins although they are slightly more active and playful. Exotics get along well with people, including children and other household pets. They are not as demanding or in your face like other breeds but do often follow their human companions around the house.

Exotics are not prone to talking, but when they do, they have a soft and pleasant voice.

The Exotic is a medium to large cat, with a short thick, broad, deep chest, short, sturdy legs and tail with a rounded tip.


Due to having Persian in their bloodlines, polycystic kidney disease can be a problem. Always ask the breeder about any health problems and screening they have done (including testing the parents for PKD). 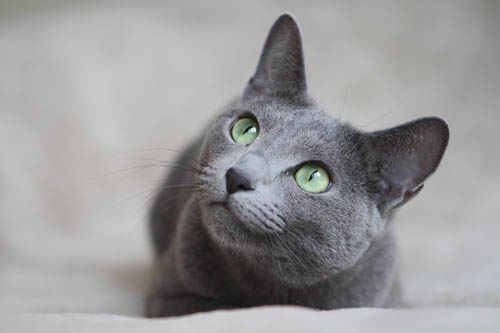 Also known as Archangel Cat, the Russian blue is an exquisite looking cat with a plush double coat shimmering with silver highlights, their sleek appearance, and mischievous emerald green eyes.

Russian blues are a conservative, devoted and inquisitive cat who loves to follow his or her human family from room to room. The Russian loves to communicate with their humans with a soft and quiet voice and get along with everybody including children if introduced properly.

The Russian blue is an overall healthy breed with no known health conditions.

One of the largest domestic cat breeds, the Ragdoll is a blue-eyed, semi-longhaired cat known for their easygoing and relaxed nature.

Ragdolls are a laid back and calm breed who thrive on companionship and never far from their human family. Many Ragdoll owners claim they are almost dog-like. The Ragdoll makes an exceptional family pet, and get along with everyone including children and other pets.


Ragdolls are an overall healthy breed but have an increased risk of hypertrophic cardiomyopathy and feline mucopolysaccharidosis. 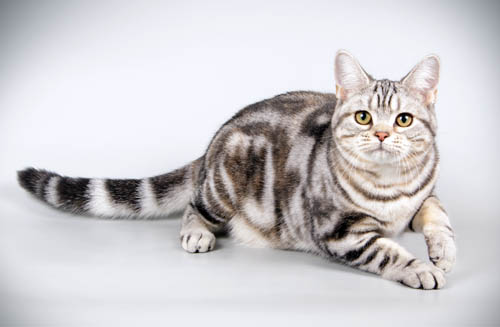 American Shorthairs are descended from European cats who were brought to America by early settlers and have become a much-loved breed in both North America and around the world.

The American Shorthair likes to be around their human family but is also happy to spend time on his or her own which makes them an ideal companion for owners who want to share their home with a cat but have a little space too. They are friendly, easygoing and remain playful well into adulthood.

American Shorthairs are an overall well-balanced cat, there is nothing extreme about their appearance. They are a medium to large cat, muscular and well boned. Silver tabby is the most recognised pattern, but all coat colours and patterns are accepted.

The American shorthair is a healthy breed, but have an increased incidence of hip dysplasia and hypertrophic cardiomyopathy. 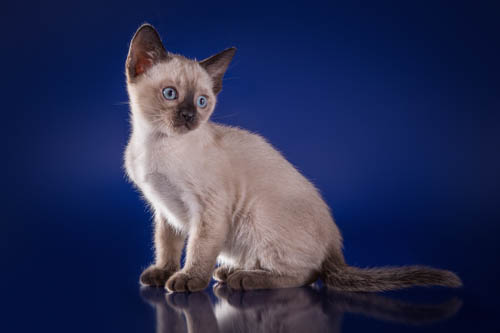 The Tonkinese is a cross between a Siamese and a Burmese and has the best traits of both breeds. Some Tonkinese can be talkative, but not as much as their Siamese cousins.

Tonkinese cats are active, curious, loving and adaptable and make a great family pet. Because of their people-oriented nature, they don’t like to spend extended periods alone.

Tonkinese are medium in size and muscular, the body lacks the exaggerated length of the Siamese, although they are surprisingly heavy when picked up. The coat colour occurs in three types, solid, mink and pointed.

The Tonkinese is a healthy breed with no known genetic health problems.