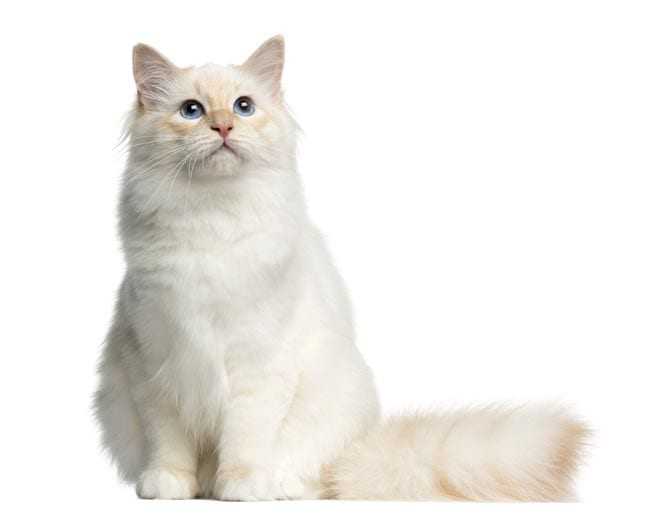 The most famous of which is that there was a colony of longhaired, yellow-eyed, white cats living in a Burmese monastery as the guardians of the Temple of Lao Tsun. The golden goddess of the temple Tsun-Kyan-Kse was said to have deep blue eyes. Every night the head priest Mun-Ha would kneel and pray in front of the goddess, a cat by the name of Sinh by his side. One night Siamese invaders took over the temple killed the priest. Sinh stood guard over the body with his front paws on Mun-Ha’s head. It is said his fur took on a golden colour, and his eyes turned blue. The cat’s paws, which had touched the priest’s head, remained white, as a symbol of purity.

In 1919 a pair of founding cats who consisted of a male called Madalpour and a pregnant female called Sita was sent to France (some suggest the pair were stolen). Sadly the male died during the journey; however, Sita survived and produced a litter of kittens. One kitten was named Poupee de Madalpour (Poupee), who as bred to Siamese or Siamese type cats (Laotian Lynx) and is considered the founder of the modern-day Birman breed. The French Feline Federation recognised the breed (called Sacre de Birmanie) in 1925. 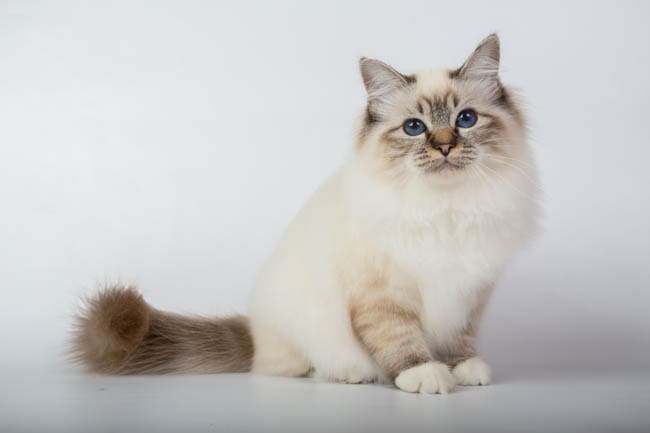 Birmans are a sweet-natured cat, words used to describe them include gentle, playful, even-tempered, affectionate, intelligent, quiet and faithful.

The Birman cat is a healthy breed of cat, but diseases the breed can be prone to include: