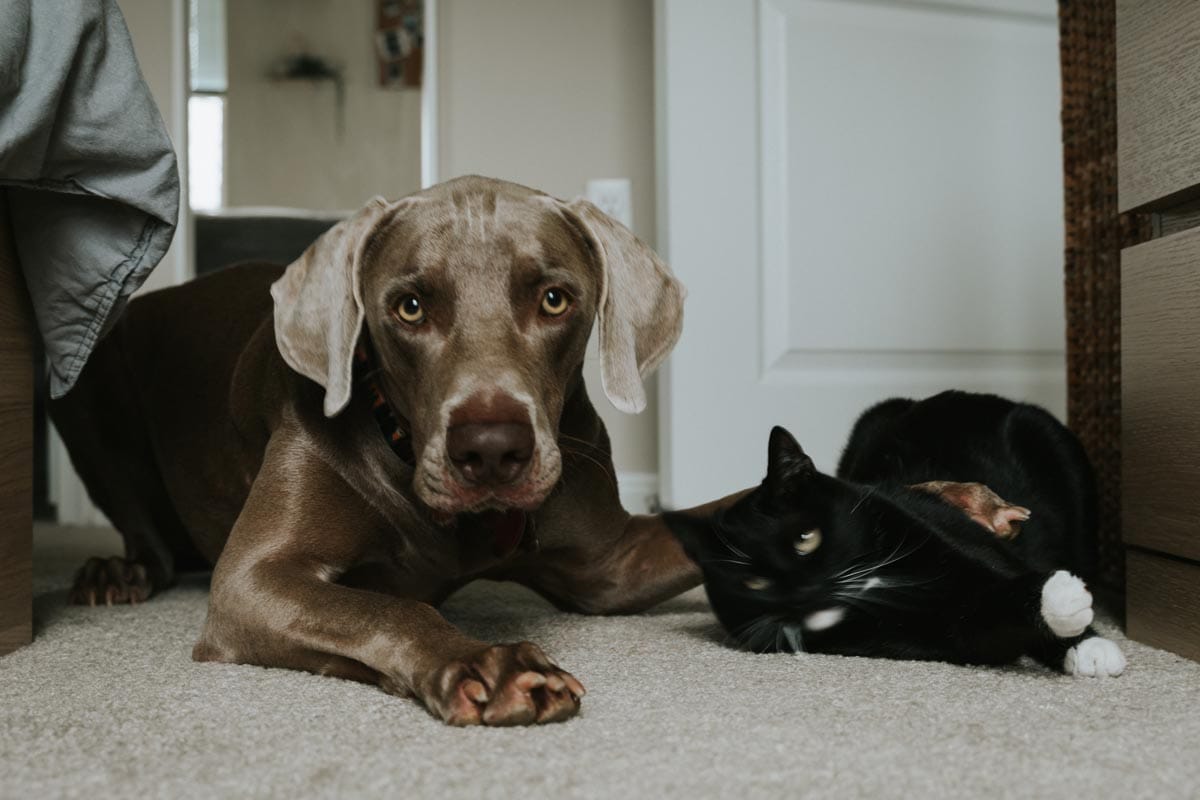 Can cats and dogs mate?

It’s not out of the question that a cat and dog can engage in the act of mating (copulation), but it is extremely unlikely. Both animals would have to be receptive, which is almost never going to happen. Sometimes a dog may mount a cat as a sign of dominance, they don’t physically engage in copulation as there is no penetration.

Even in the unlikely event that a cat and dog mated, they would not be able to produce offspring. Some members of the cat family can mate (for example, lions and tigers) and produce offspring, but a lion and a giraffe or a dog and cat cannot. This is known as reproductive isolation. Reproductive isolation is a collection of evolutionary mechanisms such as behaviours and physiological processes that are critical for reproduction within the same species.

Supposing the cat and dog were able to successfully mate, there are checks in place to further prevent hybrid offspring.

What is a puppycat?

Cat lovers may have heard the term ‘puppycat‘, this refers to a type of cat with dog-like qualities.

Can cats and dogs sleep together?

Cats and dogs who share a home will often cuddle up together while they sleep, some will even groom each other, but they will almost never mate.

How to stop dogs or cats from mounting other animals?

Mounting behaviour is extremely common. One of our male cats mounts our female cat. Both animals are desexed, and he does it as a form of dominance. Interestingly, he hasn’t tried to mount the two other male cats in the house, just the female.

If you do have a dog or cat who is mounting other animals, desexing should greatly reduce the incidence, although some animals will continue to do so on occasion as an act of dominance.

Can cats who are siblings mate?

Yes, cats will mate with siblings and parents. This is why it is important to desex all cats before they reach sexual maturity at 6 months.