Cats have exceptional hearing, much better than ours. So superior is their hearing to that of humans, they can hear high frequency sounds undetectable to the human ear, between 50-60 kilocycles (or kilohertz), compared to humans, who can capture approximately 16-20 kilocycles. 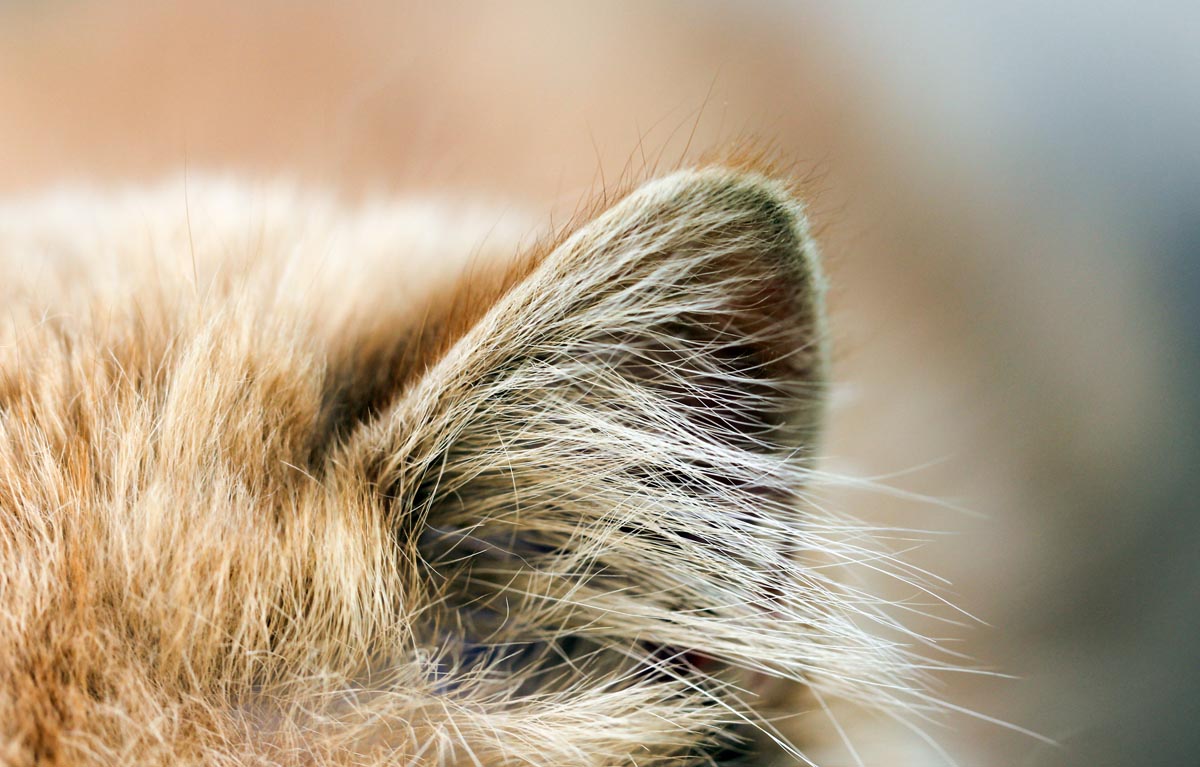 The ears are composed of three parts:

The middle and inner ears are located within the skull.

The fold of skin at the outer (posterior) base of the cat’s ear is called Henry’s pocket, or cutaneous marginal pouch. Its purpose is still poorly understood but is thought to help cats detect high pitch sounds.

How to care for your cat’s ears

Every cat carer should routinely check and have their ears cleaned when necessary. This way, if there are any problems, they can be picked up quickly.

How to check a cat’s ears

This should be incorporated into your cat’s regular grooming regime. It is advised that you begin this from an early age so your cat becomes used to it. You should be looking for the following:

Diseases and disorders of the ears

Several problems can affect cats, some of which include:

An ear hematoma (also known as aural hematoma) is a localised collection of clotted blood from broken blood vessels on the ear flap (pinna). This hematoma trapped between the skin and the cartilage of the ear.

When the cat scratches or shakes it’s head it eventually causes a blood vessel to rupture, resulting in a hematoma.

There are several causes of ear hematoma including:

Ear mites are a common spider-like external parasite that causes significant discomfort to the cat. Although the name would suggest otherwise, ear mites can live on any part of the body although they generally live in the ears of cats. They are the most common cause of otitis externa (inflammation of the outer ear canal) in cats.

Not all cats will display symptoms of ear mites but often they will scratch at their ears and or shake their heads.

Other symptoms may include:

Otitis externa is an inflammation of the outer ear canal. There are many possible causes, but the most common is an ear infection caused primarily by bacteria or yeast.

White cats, cats with white ears, noses or bald cats are most susceptible to sunburn. This is because of the lack of melanin (skin and hair pigment), and protective hair in these areas.

It occurs most often on the ears, however, eyelids and the nose are also at risk.

Initially, exposure causes mild redness, hair loss along the ear margins. Scaling, thickening of the skin and itching occur over time. This may cause your cat to shake his head and scratch at the affected area causing bleeding and infection. Dermatitis becomes progressively worse each summer until persistent ulceration and squamous cell carcinoma can develop.

Squamous cell carcinoma (SCC) is a common malignant tumour of the skin. Most often due to excessive exposure to sunlight, it is seen more in white cats or cats with white patches.

Tumours can appear anywhere on the body although areas most commonly affected are the ears, nose, mouth, and eyelids.

SCC’s are slow to metastasis and remain confined to the skin for some time. If untreated, SCC can spread to regional lymph nodes and distant metastasis, most often the lungs.

Symptoms of squamous cell carcinoma include:

Frostbite is the destruction of tissue due to extreme cold. Cats exposed to severe winter conditions where temperatures fall below zero can be affected by frostbite. The ears are extremely vulnerable because they are more exposed than other parts of the body and only have a light covering of fur.

Symptoms of frostbite include: