The heart is a part of the circulatory system which is responsible for transporting oxygen around the body. It is susceptible to a number of disorders which may be congenital (present at birth) or develop later in life.

The cat’s heart is approximately the size of a plumb.

Composition of the heart 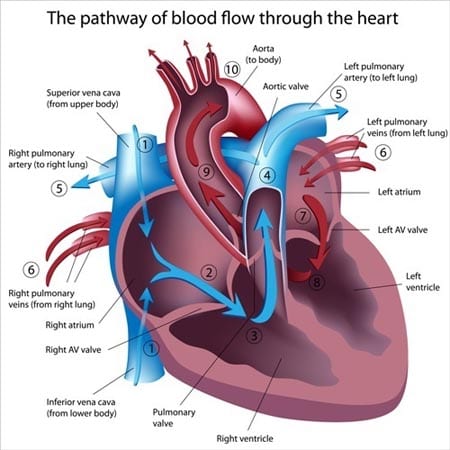 The heart is a hollow muscle composed of four chambers, and three layers, the outer (epicardium); the middle (myocardium) and the inner (endocardium), and is enclosed in a sac (pericardium).

Valves are located between the four chambers of the heart. These valves control blood flow, ensuring one-directional flow. The right atrium receives deoxygenated blood which then flows through the tricuspid valve and enters the right ventricle. This contracts, pumping the blood through the pulmonic valve into the pulmonary artery, entering the lungs.

Blood is pumped out of the left ventricle into the aorta, passing through progressively smaller arteries until it reaches the capillary beds of the skin, muscle brain, and internal organs.

Feline heartworm disease (FHD) is a serious parasitic infection caused by the nematode Dirofilaria immitis which lives in the pulmonary arteries, lungs, and hearts of cats. Heartworms are a type of roundworm, with adult heartworms reaching a length of 12 to 30 cm.

An abnormal sound of the heart caused by several conditions such as hypertrophic cardiomyopathy. Sometimes it is innocent, with no known cause. 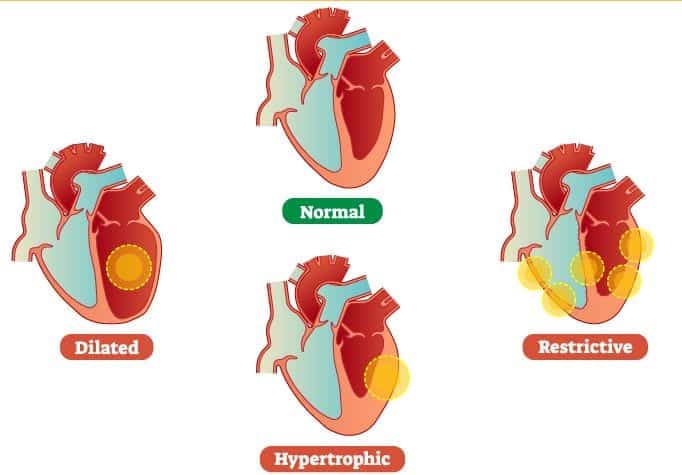 Myopathies are classified according to their appearance such as hypertrophic, dilated, unclassified (restrictive or intermediate). The most common form is hypertrophic cardiomyopathy which is a thickening of the left ventricular wall.

Abnormalities either inherited or which developed during fetal development, congenital heart disease is much less common in cats than it is in dogs. The most common form in cats is a ventricular septal defect and atrioventricular valve malformations.

These are not present at birth but develop at some point in the cat’s lifetime. They may be primary, or secondary to conditions such as hyperthyroidism or kidney disease.

How to check a cat’s heart rate

Symptoms of heart problems in cats

Symptoms may vary depending on the heart condition, but common symptoms of heart problems include:

In some cases, your cat will display no symptoms of a heart condition, and it will only be picked up during a regular checkup when your veterinarian listens to the heart with a stethoscope.

Treatment depends on the cause and may include:

Heartworm –  A wait and see approach for asymptomatic cats. If the cat is displaying symptoms of heartworm infection then treatment may be necessary to kill the worm(s). But this treatment carries the risk of a dead worm causing a pulmonary embolism.

Cardiomyopathies – Treatment may include diuretics, blood-thinning drugs, and beta-blockers.   Taurine supplements to cats with dilated cardiomyopathy.