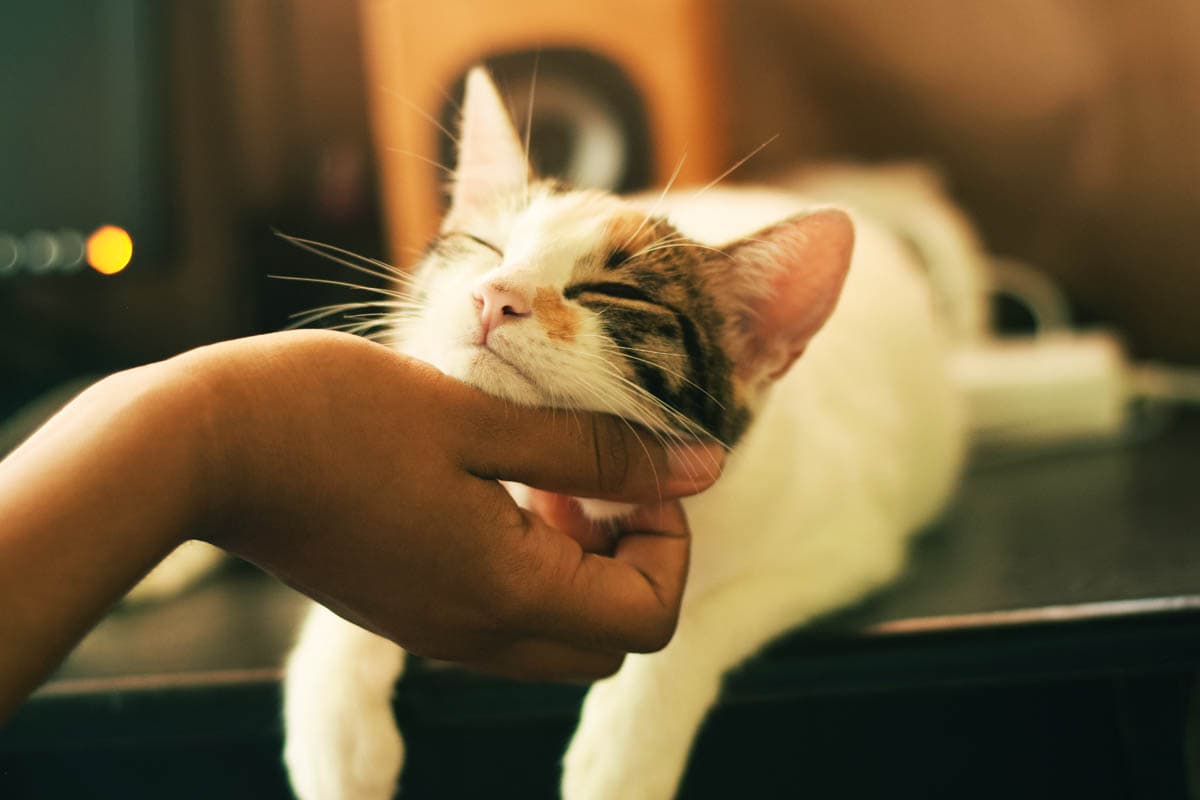 What are scent glands?

Scent glands are specialised glands that produce semi-viscous secretions which contain odour messengers known as pheromones that impact the behaviour of cats around them. Most cat lovers have observed their cat rubbing against objects in the home and even against people. Rubbing deposits a chemical scent (pheromone) which relays a number of messages. Scent marking also enables the cat to convey a message even when he or she is no longer around.

The scent glands are a modified apocrine gland and develop in association with hair follicles. These glands open near the surface of the skin into the infundibulum of the associated hair follicle.

What is scent marking?

Scent marking is an important form of communication for cats. It enables them to delineate territory, recognise friends or foes, avoid confrontation and signal to members of the opposite sex that they’re ready to mate and enhance familiarity in the home environment. Cats who live in the same household recognise each other in part, by smell. Non-recognition aggression is a phenomenon where a cat who has recently returned from the veterinarian will be met with a frosty reception from household cats because they have returned smelling different.

Cats greet each other (and people) by touching noses and rubbing cheeks followed by turning around and presenting the anus. While humans are less than thrilled at the cat’s rear end six inches away from their face, cats learn a lot about each other such as sexual receptiveness, health and identity.

Colony cats produce a collective smell by scent marking over each other’s scent, which creates a boundary to keep non-colony cats away.

Location of the scent glands 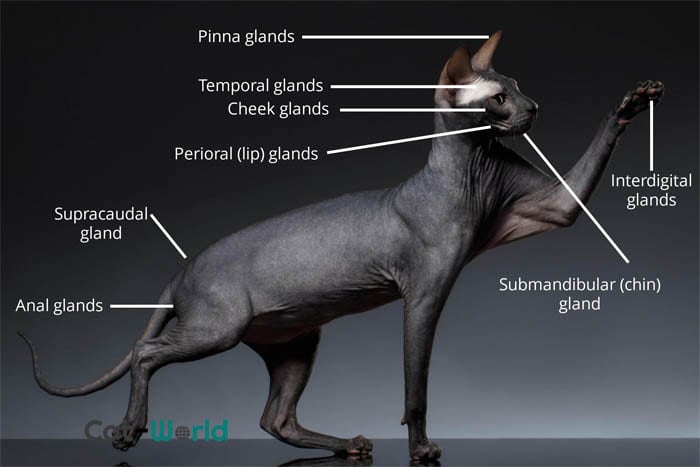 The scent glands are located throughout the body and can convey different messages depending on the object marked and the location of the scent gland(s). Scent glands on the face are friendly, in fact, Feliway is a synthetic version of these facial pheromones and is used by veterinary practices and in cat homes to reduce stress.

Head, face and lips: The facial glands located on the ears, temples, cheeks and chin produce feline facial pheromones which contain 40 different chemicals. These pheromones trigger a sense of calm in cats.

Cats who rub their head and lips against familiar objects are marking them as theirs. Head bunting towards humans or other animals (allorubbing) is a friendly gesture, they are happy and at ease. In essence, the cat is telling you he or she likes you and wants to mark you as a member of their colony. 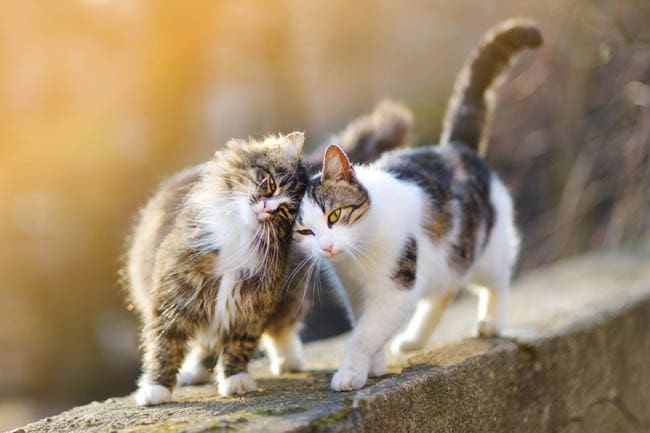 The clip above shows Melody rubbing several areas of her face on the chair.

Feet: Scent glands are present between the cat’s toes. When the cat strops, he or she deposits feline interdigital pheromone (FIS) onto the object as well as leaving characteristic scratches. 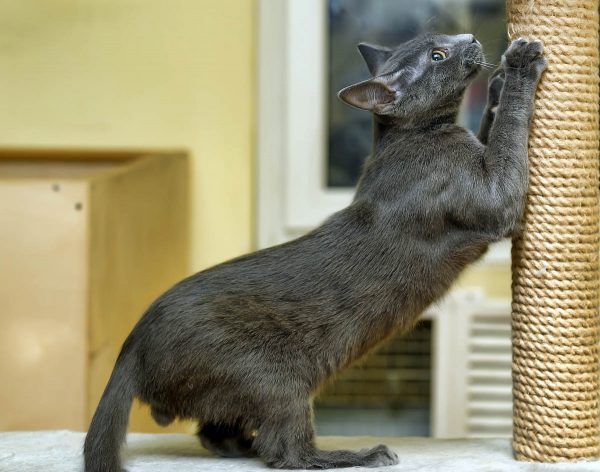