September 2017 – Nutmeg, the world’s oldest cat, passed away at the ripe old age of 34 this week.

There has not been an announcement yet as to who is now the world’s oldest cat, but Teddy, a 26-year-old cat from Werribee, Australia has been put forward as a contender.

2019 – Rubble, a domestic cat, owned by Michelle Foster of Devon, England, is currently the oldest living cat. Rubble was born in May 1988 which makes him 31 years old.

The oldest cat was Creme Puff, who was born on August 3, 1967, and passed away on August 2005. Creme Puff was owned by Jake Perry of Austin, Texas who also owned Granpa Rexs Allen (below).

Also, deserving mention, Puss, who was born in 1903. Puss was owned by Mrs T. Holway of Devon. Puss passed away on November 29, 1939, one day after his thirty-sixth birthday.

Granpa Rexs Allen (Granpa, for short), a Sphynx cat who lived to the ripe old age of 34 years and 2 months.

Longest fur on a cat

The longest fur measures in at a whopping 10.11 (25.6cm) and belong to a cat called Sophie, from Oceanside, California.

Himmy who lived in Cairns, Queensland, is the heaviest recorded cat, weighing in at a staggering 21.3kg (46.8lbs). Himmy, a desexed tabby, died of respiratory failure at the age of ten.

There is a new contender for the world’s heaviest cat. Five-year-old Katy, who lives in Russia, reportedly weighs 20kg. Katy’s owners had hoped to have her recognised as the world’s heaviest cat with the Guinness World Records. However, they are no longer accepting nominations in this category, as they don’t want to encourage pet owners to overfeed their animals.

The world’s smallest cat is a Blue Point Himalayan by the name of Tinker Toy from the USA. Tinker Toy was just 2¾ inches tall (at the shoulder) and 7½ inches long (about the size of a cheque book) and weighed 1lb and 8oz. Tinker Toy was featured in an article in the August 31, 1993, issue of National Enquirer. (If anybody has a copy of this magazine I would love to hear from you.)

Sadly, Tinker Toy passed away in November 1997. Many thanks to Scott and Katrina for their help.

Mr Peebles, a two-year-old, domestic cat of Central Illinois, holds the Guinness World Records award for the smallest living cat, weighing in around 3lbs, he is 6.1 inches high.

His small stature is due to a genetic defect.

Cat with the most toes

The usual number of toes on a cat is eighteen. A five-year-old domestic shorthair from Ontario, Canada is in the Guinness World Records for having the most toes. Jake has a total of twenty-seven toes.

Unofficially, Mooch—who lives with his owners Bob and Becky Duval in Maine, USA—is the winner, having twenty-eight toes. Mooch’s owners have submitted evidence to the Guinness World Records; watch out Jake!!!

In July 2010, I was contacted by Rory, who had written an article on Bandit, a cat with twenty-nine toes. You can read about Bandit here.

Most kittens produced by a cat

By 1952, Dusty—a Tabby moggy from Texas—had given birth to a total number of 420 kittens in her lifetime.

On August 7, 1970, a four-year-old Burmese called Tarawood Antigone, who was owned by Valerie Gane of Oxfordshire, UK, gave birth to nineteen kittens. The surviving fifteen kittens consisted of one female and fourteen males.

The longest tail on a domestic cat measures in at 17.58 inches, the cat, a silver Maine Coon named Cygnus lives with his family in Southfield, Michigan.

Interestingly, Cygnus shares his home with Arcturus Aldebaran, a Savannah who currently holds the world record for the tallest cat, standing at 19.05 inches.

Stewie, the Maine Coon, also holds the world record for being the longest cat in the world measuring 48.5 inches (123 cm).

Kitty, owned by George Johnstone of Staffordshire, UK, gave birth to two kittens at the ripe, old age of thirty. During her life, Kitty produced a total of 218 kittens. Kitty died two years later. Smutty, a tortie owned by Eileen Martin of Cornwall, produced a black and white kitten at the age of 28.

A cat by the name of Hamlet escaped from his carrier while on a flight from Toronto, Canada. Hamlet was discovered seven weeks later, behind a panel, in this time, he had travelled approximately 600,000km.

Andy, who was owned by a Florida Senator by the name of Ken Myer, holds the world record for the longest non-fatal fall. Andy fell from the 16th floor (200 feet) of an apartment building.

A cat was discovered alive in a collapsed building 80 days after an earthquake in Taiwan in December 1999.

Ben Rea of the UK left his cat Blackie £7 million in his will.

Most number of cats

The cheetah is the world’s fastest cat, able to reach speeds of 70mph. 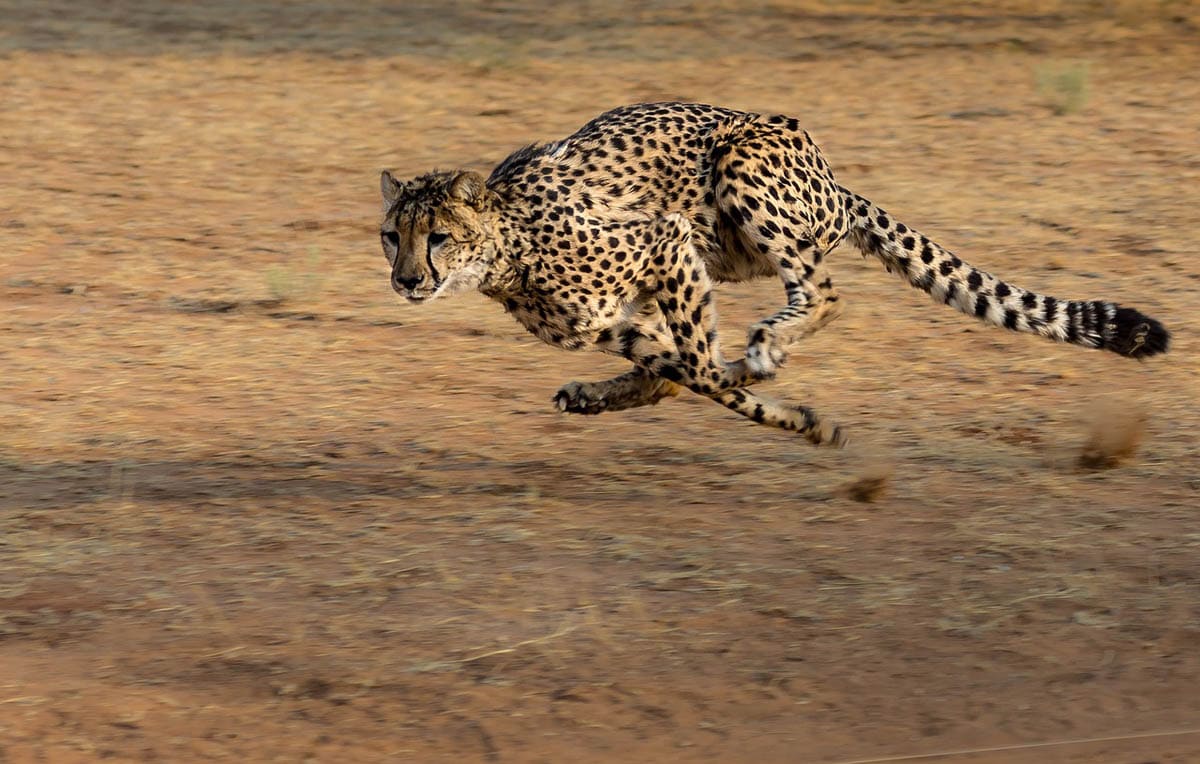 The world’s best mouser was tortoiseshell moggy Towser (April 21, 1963, to March 20, 1987). In her lifetime, she caught 28,899 mice, plus numerous other unfortunate creatures, such as rats and rabbits. Towser worked for the Glenturret Distillery. A statue has been erected in the distillery grounds to honour Towser. 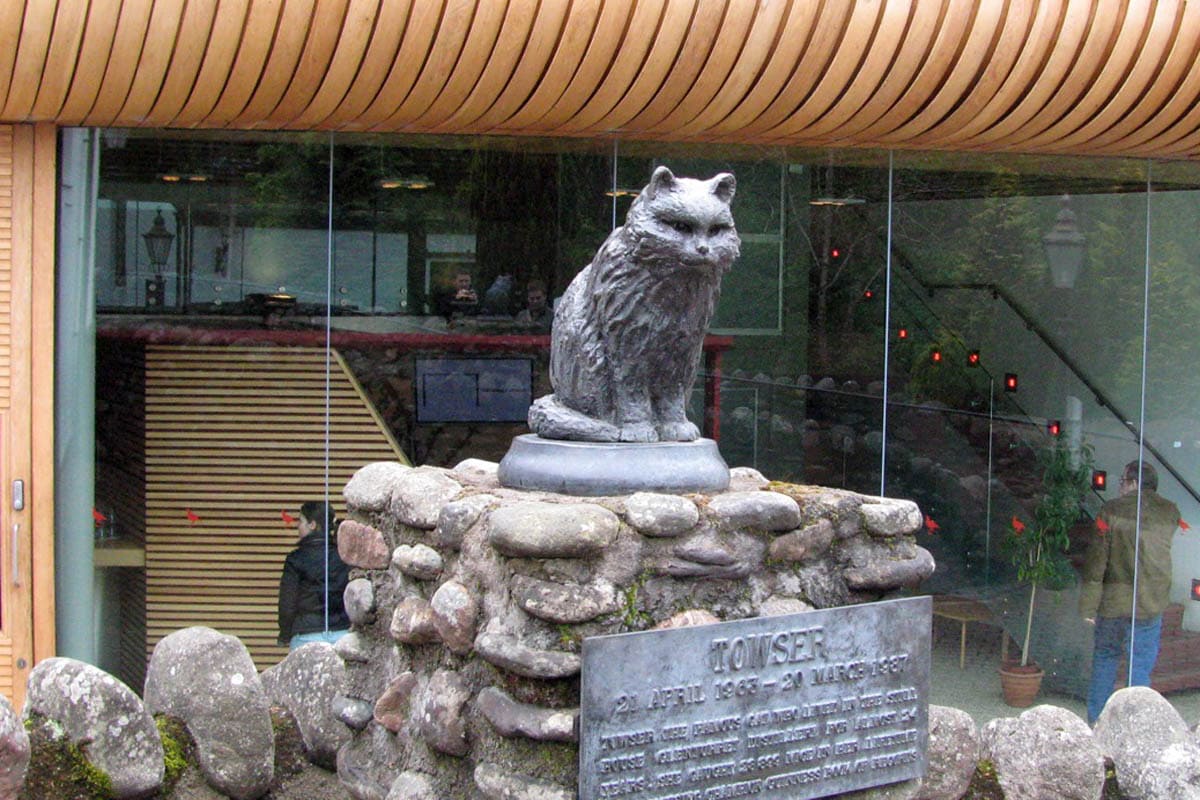