Let’s quickly look at the health benefits of tuna water for cats, before reviewing how much tuna water is safe for your cat to drink – with the help of our veterinarian, Dr. Sara Ochoa.

Are there any benefits to feeding your cat tuna water?

We posed this question to Dr. Sara Ochoa (Doctor in Veterinary Medicine and one of our veterinarians here at Cat-World.com) and asked her if she would give tuna water to her own cats or offer them something else. She responded:

In addition to Dr. Ochoa’s comments, tuna water may:

How much tuna water is too much for your cat? 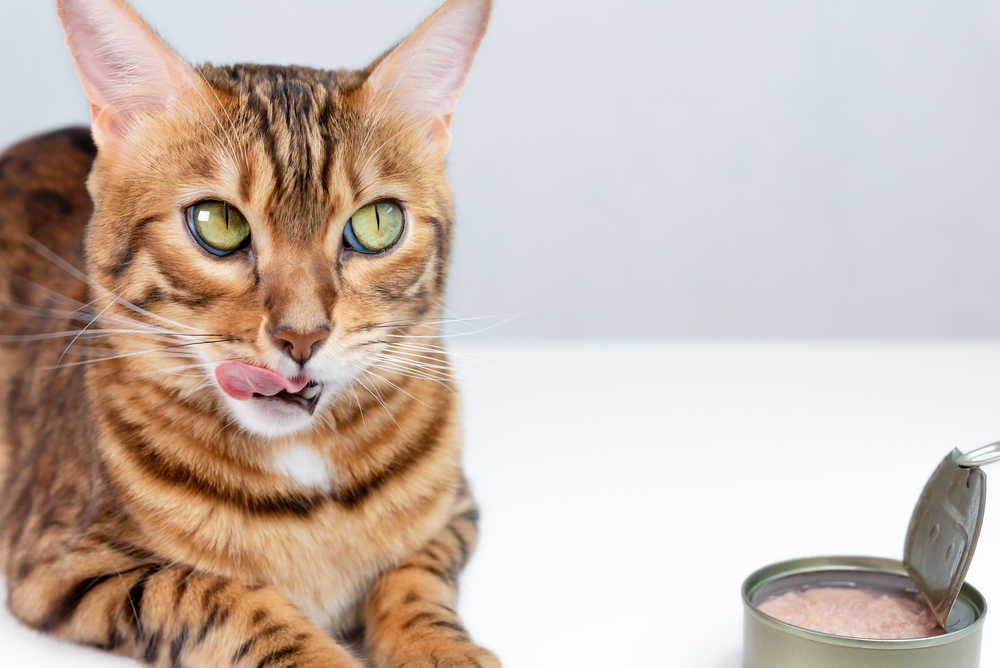 Tuna alone is not a complete or nutritionally balanced diet for your cat, and in addition to mercury poisoning, an excess of the fish can cause malnutrition, obesity, or an addiction. Once they get a taste for tuna, some cats will turn up their nose at everything else!

“If you are planning on sharing some tuna or tuna water with your cat, only give them a few bites or a small amount of the water. Tuna can be high in mercury, and if you cat gets too much it can be toxic for them,” says Ochoa.

The consensus among veterinarians and cat-health professionals is that a little bit of tuna water is acceptable for most cats. You’ll need to be aware of your cat’s particular health requirements and do your research on exactly what ‘tuna water’ contains before offering it.

Realize that it’s a treat rather than a necessity, and you’ll do what’s best for your kitty. 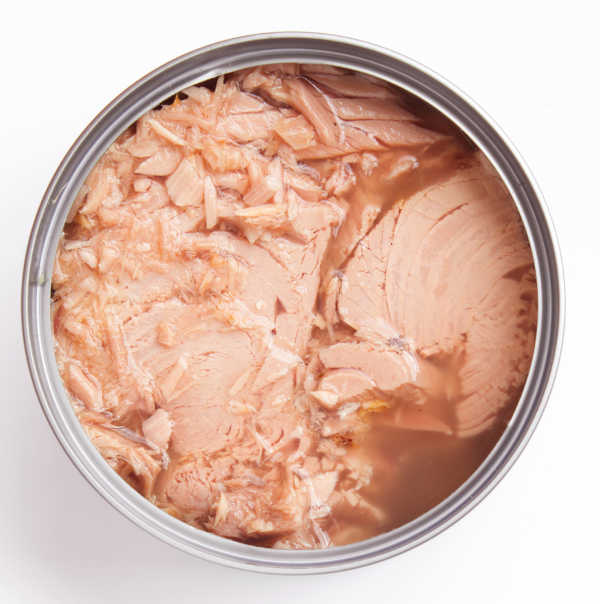 Most cats will not be bothered by tuna water when consumed in moderation. However, cats that are not used to it, particularly kittens, may develop gastrointestinal issues such as vomiting or diarrhea.

Why does my cat go crazy when they smell canned tuna?

Although no one truly understands why cats love tuna so much, the fact that they do certainly cannot be argued. The smell is most likely the main attractor, with taste being a close second.

But tuna is a deep water ocean fish. What are the chances of it being a natural food source for your feline’s ancestors? It’s definitely not something cats have eaten through the ages. As a result, the feline body is not equipped to handle the mercury that comes from the deep sea, and as we are well aware, tuna is high in mercury levels.

Knowing that there are warnings for human consumption, consider the relative size of your cat when offering tuna or tuna water as a treat.

Mercy poisoning can lead to incoordination, paralysis, blindness, and even death.

It’s all in the can—read the label!

There are several varieties of tuna, with skipjack and albacore being the most popular for canning. The liquid that tuna is canned in makes all the difference.

Tuna packed in water has fewer calories and less fat, but you lose some of the omega 3 fatty acids which are good for a cat’s skin, coat, and joints. Water also dilutes the juice and flavor of the tuna.

Tuna packed in oil (usually vegetable or soy) retains all the flavor of the fish. Obviously, any nutrients and additives (good or bad) leach into the liquid. Skipjack (light) tuna contains the lowest amounts of mercury.

What else should you be aware of?

Beware all forms of tuna

Tuna can also be purchased raw, but feeding raw tuna to your cat is not recommended as it can harbor Salmonella or parasites and cause food poisoning. In addition, raw tuna has high levels of thiaminase, an enzyme that breaks down vitamin B and, over time, can cause neurological issues.

Commercially produced cat foods often include tuna in their formula, however, the addition of artificial flavorings and chemicals is more of a concern to your cat’s health. Tuna flavoring, in particular, can lead to hyperthyroidism.

And, believe it or not, some cats are not only allergic to the additives, but also to the tuna itself! Sneezing, coughing, runny nose, vomiting, and diarrhea are some signs to watch for.

Can I get tuna water made specifically for cats? Commercially manufactured tuna ‘broth’ is available for cats pretty much anywhere cat food is sold.

Is the actual tuna or tuna water better for cats? Tuna water may be more hydrating than tuna itself, however, with either you need to make sure it does not contain unwanted or excess ingredients.

Can cats drink tuna oil? Tuna oil is not recommended for cats as it can cause severe health complications such as diarrhea, heart diseases, and other muscular conditions.

How can I make tuna water for my cat? You can either just drain the water from a can or mix some tuna with water and mash it up a bit.