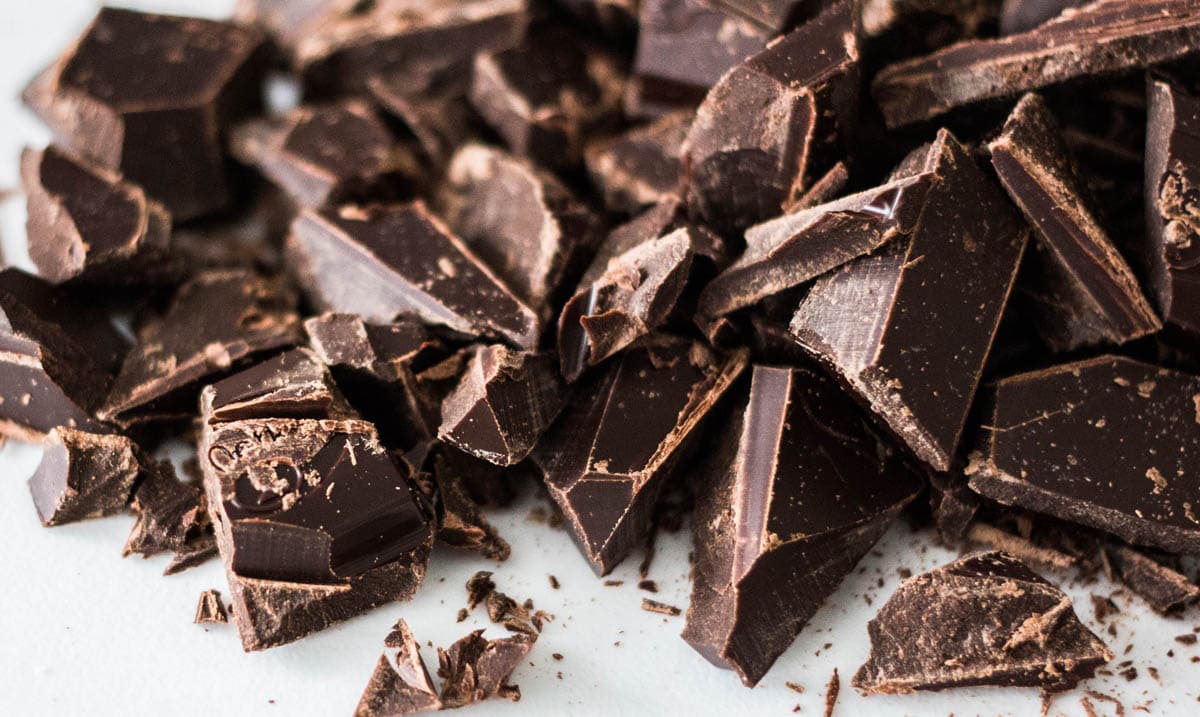 No, chocolate is poisonous to cats. Chocolate derives from the roasted beans of the cacao plant, which contains naturally occurring methylxanthines, a group of alkaloids (a plant compound that has a central nervous system effect on animals and humans). Chocolate contains both theobromine and caffeine which serve the seeds well; their toxic properties protect the seeds from being consumed by insects.

Dogs are generally more susceptible to chocolate poisoning than cats, no doubt because they are more likely to consume large quantities of chocolate, whereas cats are usually more selective eaters as well as being unable to taste sweetness, so chocolate doesn’t hold the same appeal as it does with dogs and humans.

What is the lethal dose of theobromine in cats?

Ingestion of theobromine lower than the lethal dose can still cause acute and life-threatening symptoms. As we have already noted, caffeine is toxic to cats also, however, the levels of caffeine in chocolate are relatively low, and cats metabolise this much faster than they do theobromine, so this article will focus mostly on that.

Veterinarians commonly report an increase in cases of chocolate poisoning in cats around holiday periods such as Easter and Christmas where well-meaning pet owners share their treats. If you suspect or know your cat (or dog) has ingested chocolate seek veterinary advice immediately.


The high-fat content of chocolate can also cause pancreatitis. This is an extremely painful condition in which the pancreas becomes inflamed due to the inappropriate activation of digestive enzymes which begin to break down the pancreas.

What does theobromine do?

As we have already said, theobromine and caffeine are there to protect the seeds (beans) from insects consuming them. Both compounds cause a variety of central nervous symptoms, respiratory and cardiovascular symptoms in cats and dogs (we all know caffeine is a stimulant to humans too, but we can metabolise it much quicker than cats and dogs, plus we are larger.

Both compounds cause the following symptoms:

What to do if a cat eats chocolate

The answer depends on the amount and the type of chocolate your cat consumed.

White chocolate has so little theobromine in it; it is of no significance.

Milk chocolate contains higher levels of theobromine, and it would only take a row of chocolate (approximately four squares) from a standard bar for him to ingest enough theobromine to develop symptoms.

Dark chocolate, baking chocolate, and dry cocoa powder are the most significant risks and if your cat has consumed any of these, call your poisons hotline or speak to your veterinarian.

Please be aware that even if your cat hasn’t ingested enough chocolate to cause symptoms of theobromine toxicity, he is at risk of developing pancreatitis due to the high-fat content. This is an extremely painful condition that occurs when digestive enzymes begin to break down the pancreas.


Symptoms vary in the age of the cat (kittens are more susceptible than adults due to their smaller size), the quantity of chocolate consumed as well as the type of chocolate eaten. Dry cocoa powder and the darker chocolates contain higher amounts of theobromine and therefore are more dangerous.

Clinical signs of chocolate toxicity occur between 6-12 hours of exposure.


Your veterinarian will perform a physical examination of your cat and obtain a medical history from you including the type and amount of chocolate consumed.

Diagnosis can be made from a history of exposure, presenting symptoms, chemical detection of alkaloids in the stomach contents, blood serum or urine profiles.

Where possible, bring along a sample of your cat’s vomit which can assist with diagnosis.

There is no antidote for chocolate poisoning in cats, and the goal of treatment is to remove the chocolate from the stomach (if ingestion was recent), prevent further absorption and manage symptoms. Unfortunately, as theobromine is reabsorbed through the urinary bladder, so treatment may need to be continued for up to 24 hours to ensure thorough removal.


Induce vomiting: If the ingestion of chocolate has been within 2 hours.

Administer activated charcoal: This binds to the chocolate to prevent further absorption; however, this is only safe for cats without CNS depression or seizures to prevent aspiration pneumonia.


Intubation and artificial ventilation: For cats who are having difficulty breathing.

Intravenous fluids: To treat dehydration and correct electrolyte and acid-base imbalances caused by vomiting and diarrhea. Fluids also help to flush out the toxins by increasing urine production.

Medications to control tremors and seizures: Such as diazepam or a barbiturate.

Urinary catheter: To prevent the reabsorption of toxins through the bladder wall.


Cardiac monitoring (ECG): If the heart rate is elevated, medications to slow it down such as beta-blockers may be prescribed.

Getting safe chocolate specifically for cats is possible. I am not a fan of the idea. Cats can’t discriminate between cat chocolate and human chocolate so I would rather avoid giving a cat any type of chocolate. There are lots of other safe treats if we want to spoil our cats. The following article has several foods which are safe for cats. Human foods cats can eat.


Don’t give your cats chocolate, don’t leave chocolate lying around where your cats can get to it and educate children about the dangers of chocolate toxicity in cats.