Also known as a Donskoy, the Don Sphynx is a hairless breed, which arose as a natural mutation in Russia in 1987. The Don Sphynx has four types of coat from completely bald to a full coat which is wavy or wiry in texture.

This is an extremely friendly and intelligent breed of cat who is playful, curious and loyal. The Donskoy thrives on human company. 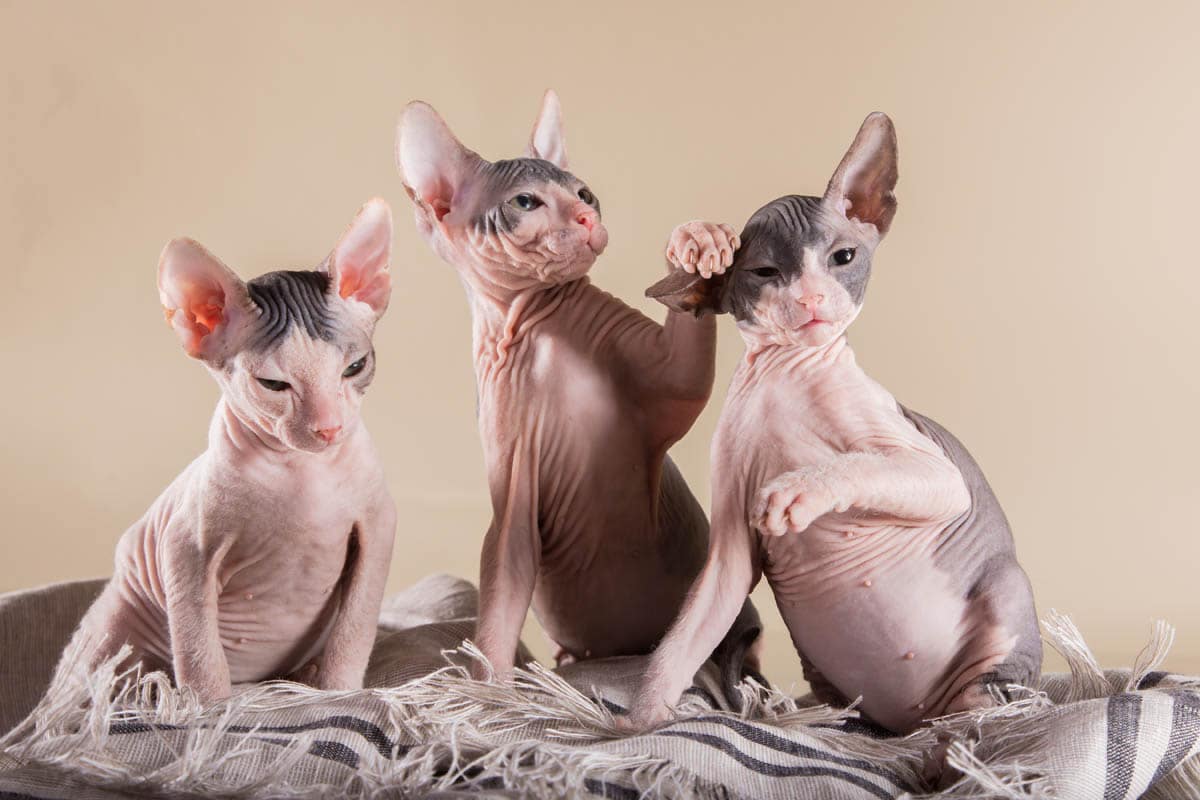 Also known as the Don Sphynx, Russian Hairless or the Don Hairless, the Donskoy is a breed arising from a natural mutation.

In 1987, Elena Kovaleva rescued a blue tortoiseshell kitten.  The kitten, named Varvara, began to lose her fur around four months of age.  She received treatment for fungal and skin mite infections, however despite this, her coat didn’t grow back.

A year later she mated with the neighbouring tom and produced a litter of kittens.   One kitten was given to a friend of Elena’s, Irina Nemykina. The kitten, named Chita began to lose her fur around four months of age, as had occurred with her mother. Another mating with a local tom produced four male kittens, this time developing a velour coat.

These cats went on to become the founding stock of the Donskoy, outcrossing with European Shorthairs to increase the gene pool.

In 1997 the Peterbald breed arose by mating a Donskoy to an Oriental.

The gene responsible is different from that of the Canadian Sphynx. The hairlessness in the Sphynx is recessive, meaning both parents must pass a copy onto the offspring for them to inherit the trait. However, the gene for the Donskoy is dominant, and only one copy is required for the offspring to be hairless.

The World Cat Federation recognised the Donskoy in 1997 and TICA accepted them in 2005.

The Donskoy is a medium cat with a muscular build; they are stockier than the Canadian Sphynx with heavier boning. They have a long and stocky body, with strong legs leading to webbed toes, the tail is thin and tapers to a fine point.

The large ears sit on top of a wedge-shaped head and almond-shaped eyes.

The coat comes in four types:

The Donskoy comes in all colours, patterns and eye colours.

The Donskoy is an extremely affectionate breed of cat; they love nothing more than spending time with their human companions and don’t do well if left for long periods on their own.

They are playful, energetic, intelligent and get along with people and other pets. Gentle in nature, they make an exceptional family pet. 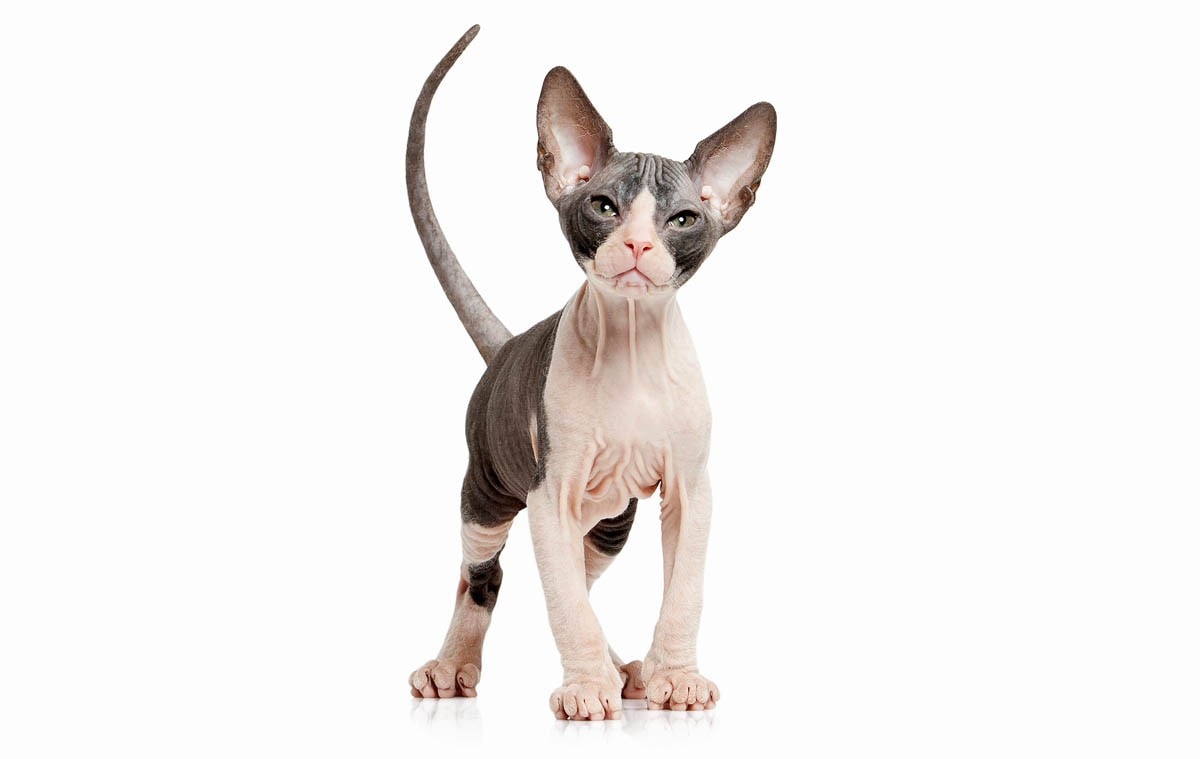 An annual health check with a veterinarian is essential, going to twice a year from seven years of age.

While little brushing is needed, the Donskoy will need a regular bath as they can be prone to oily skin. A daily wipe over and a weekly bath in a suitable pet shampoo will remove these excess oils and sweat.

All cats should have their teeth cleaned regularly with a pet toothbrush and toothpaste or raw chicken necks and cubes of steak.

Routine parasite control to treat fleas and intestinal worms, even for indoor cats. The frequency varies on the type of medication you are giving.

Due to their lack of coat, the Donskoy should be indoors only and provided with a warm environment in the colder months.