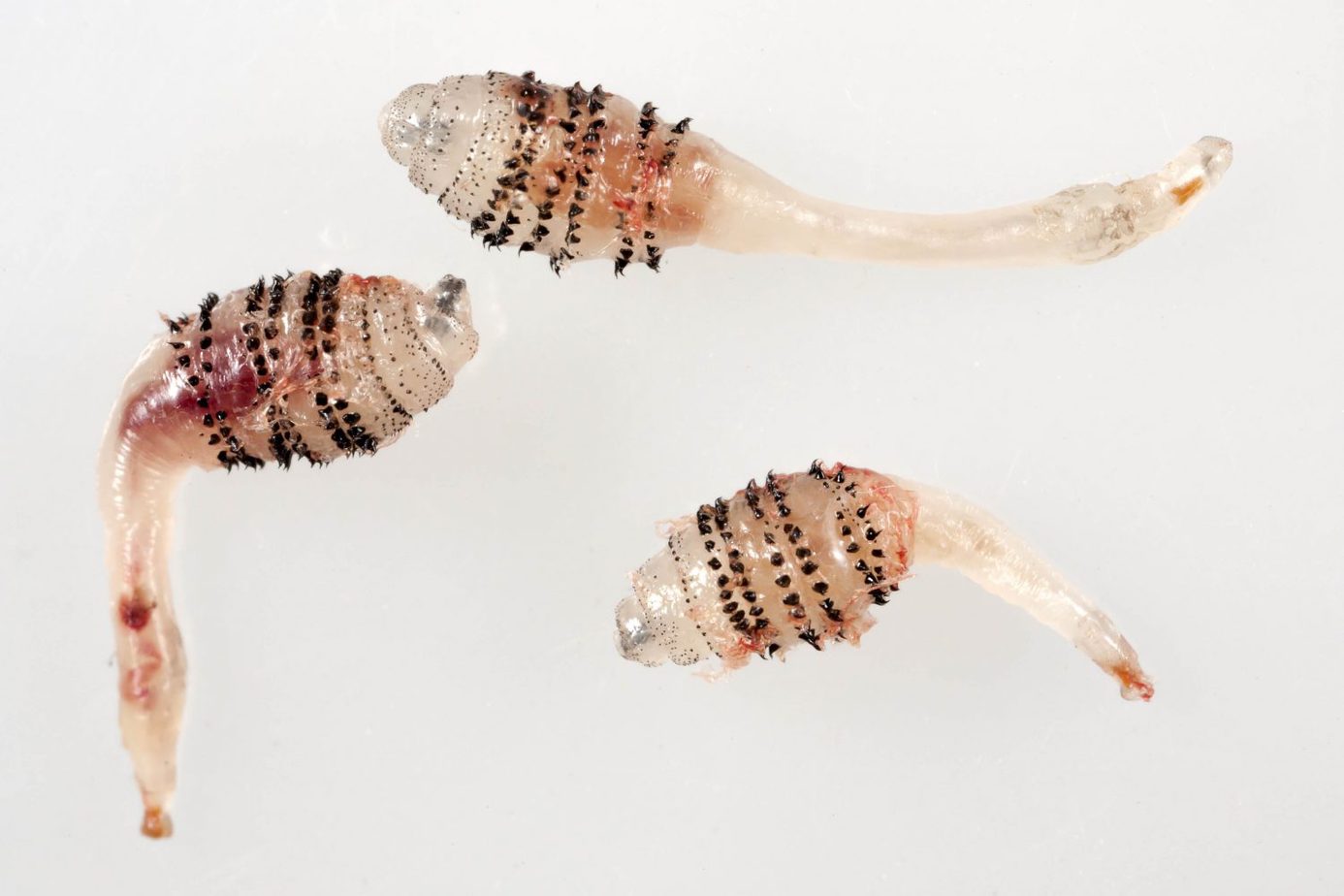 Cats are accidental hosts; the parasite usually infects rodents and rabbits. Endemic areas include southeastern parts of Canada and northeastern parts of the United States although some species of Cuterebra occur further south, west, and into Southern America.

Infection rates are highest in the summer and autumn months of July, August, and September. The disease only occurs in outdoor cats with young to middle-aged cats most commonly affected. FIE is only found in the United States, Canada, and South America where the botfly is located. Infection with Cuterebra larvae is known as Cuterebriasis.

Three forms of Cuterebriasis may occur in cats:

How do cats become infected with cuterebra larvae?


The natural hosts of cuterebra larvae are rodents and rabbits. The adult botfly lays her eggs around the entrance of burrows and nests. Larvae hatch in response to an increase in temperature or motion of a nearby host. Newly hatched larvae are moist which makes it easier for them to stick to the fur of a passing animal. As a host (your cat or a passing rodent/rabbit) passes, larvae attach to the coat before they enter the body via the mouth or nostrils. Larvae remain localised for 6-8 days before migrating through the trachea, thoracic and abdominal cavities to a subcutaneous location (commonly the head, neck, and trunk) where it sets up home, feeding on surrounding tissue. A warble forms with a fistula (breathing hole) in the skin. While uncomfortable, this form of Cuterebra infection is typically not life-threatening.

In some cases, the larvae follow an abnormal migration pathway and enter the brain with resulting neurological disorders. As the larvae migrate through blood vessels in the brain, the blood vessel constricts resulting in ischemia (disrupted blood flow) and/or infarction (death of tissues due to lack of oxygen).


As the parasite migrates through the nasal cavity, upper respiratory tract infection symptoms may develop such as sneezing and nasal discharge.

7-21 days later, sudden onset of neurological signs develop. The neurological disease occurs as a result of restricted blood flow to the brain. Symptoms can vary depending on the location and extent of the lesions.

Common symptoms may include:

Your veterinarian will perform a complete and thorough physical examination of your cat and obtain a medical history from you including recent trauma, underlying systemic diseases such as kidney or liver disease, any other symptoms you may have noticed (including recent respiratory signs). The examination usually reveals no signs of disease, only neurological disorders which should raise your veterinarian’s index of suspicion in affected areas.

As other disorders can produce similar symptoms diagnostics will be necessary.

There are no reports of surgical removal of the Cuterebra larvae from cats and therapy is aimed at managing symptoms and supportive care.

The only way to prevent cats from becoming infected with Cuterebra larvae is to keep them indoors, particularly between July – September.