The Persian is one of the oldest and well-known cat breeds. Persians are a quiet, laid back and gentle breed of cat. They like to spend time with their human family and have a playful side, but are not overly demanding and don’t get into trouble as more active breeds can. 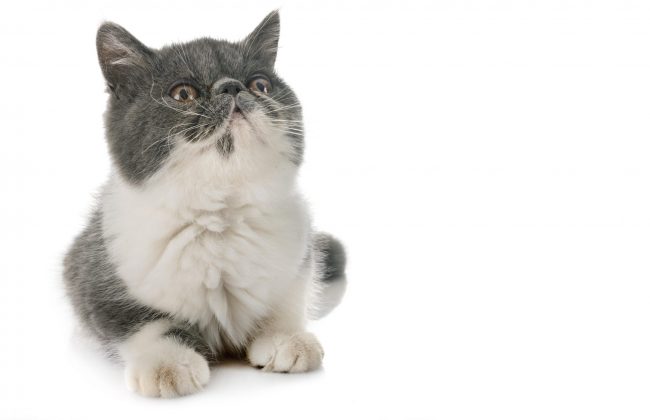 The Exotic Shorthair is a shorthaired Persian developed by breeders in the United States who created the breed by crossing Persian cats to American Shorthairs. A similar breeding programme was established by British Breeders using Persians and British Shorthairs.

Exotic Shorthairs are sweet, affectionate, loyal, fun-loving who get along with everyone. They are not as demanding or obtrusive as other breeds, but they do like to follow their human companions around the house.

The short plush coat is easier to maintain than that of their longhaired cousins, requiring a brush once a week to remove loose hairs.

The Himalayan is pointed Persian, this coat pattern consists of dark points on the ears, face, legs and tail on a pale cream body. Himalayans were developed by crossing Siamese with Persian cats to create a Persian-type cat with colour point markings. The CFA considers the Himalayan to be a Persian, while other cat bodies recognise them as a separate breed.

The Himalayan is a sweet-natured breed of cat who shares the same placid nature as their Persian cousins. That is not to say they don’t like to play, but the Himalayan is generally less active than other breeds of cat. 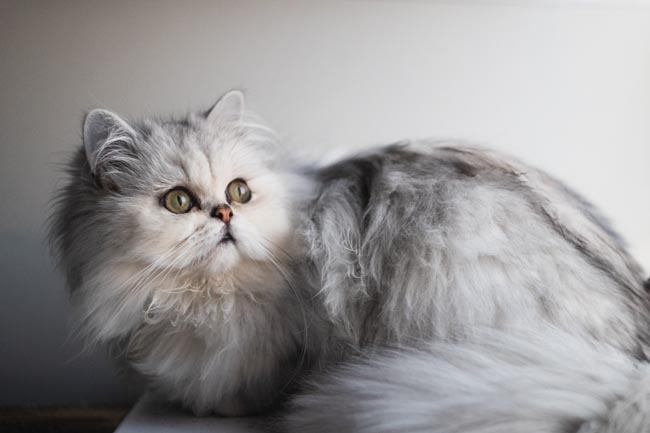 Named after a South American rodent with soft grey fur, large ears and a long bushy tail, the chinchilla is one of the oldest man-made breeds. The breed began in 1882 with a cat called Chinnie. Chinnie was the result of a chance mating between a blue Persian and a stray tom of unknown origins. The litter produced a smoke-coloured kitten that was sold to Mrs Vallence, who named her Chinnie. Chinnie was mated to a silver tabby, and one of the kittens from this litter gave birth to the first Chinchilla male (Chinnie’s grandson), who was named Silver Lambkin.


The chinchilla is a quiet and gentle breed with a sweet and loving nature. They are more outgoing than their Persian cousins but are quieter than other breeds of cat. Chinchillas are suited to a quiet household with retirees or homes with older children. Due to their people loving nature, the chinchilla can become lonely if left alone for extended periods.

What is a snub nose?

Some breeds have a snub (short) nose compared to the majority of purebred and random-bred cats, but snub noses are nowhere as extreme as that of the Persian and related breeds.

American Bombay and Burmese cats generally have a rounder head and shorter nose than the European Burmese, while the British Shorthair and Scottish Folds have a similar head shape around the world.

The Bombay was developed in Kentucky in 1958 by Nikki Horner of Shawnee Cattery, who mated a sable Burmese with a black American Shorthair. The goal was to create a copper-eyed mini panther. Nikki thought the Bombay resembled the black leopard of India, hence the name Bombay.

Bombay cats are friendly, outgoing and sociable who thrive on human companionship. They are extremely intelligent and are easy to train to walk on a leash. Bombays get along well with humans, including children, and other pets. 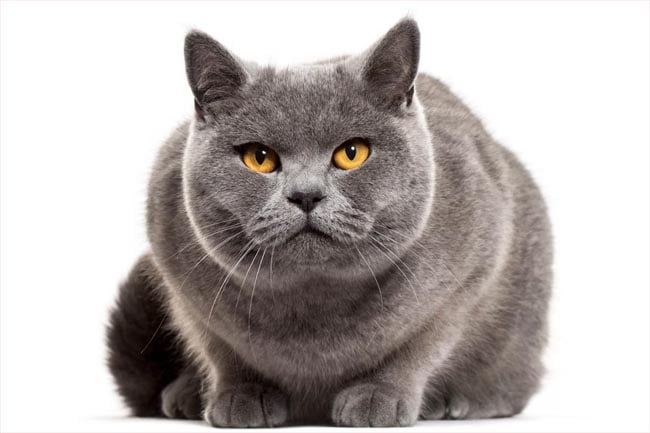 The exact origins of the British Shorthair are unknown but we do know that they originated from working cats and were exhibited at the first cat show, held at Crystal Palace in 1871. Shorthaired cats dominated early cat shows but by 1896 longhaired cats were favoured and shorthaired cats began to decline in numbers. In an attempt to rescue short-haired cats, the Short-haired Cat Society was formed in 1901 and this club catered for, amongst other breeds the British shorthair.

The British shorthair is friendly, laid back and amiable. As kittens, they are playful, but adults tend to be less active than other breeds. British Shorthairs are an independent breed, happy to amuse themselves, which makes them the perfect indoor cat. 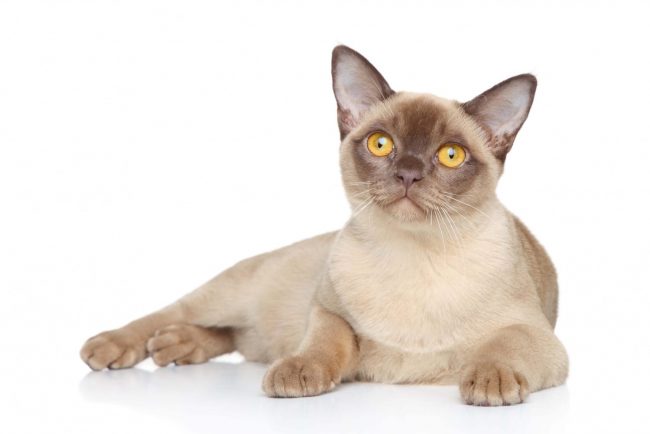 The Burmese is a domestic breed of cat which originated in Burma (now Myanmar) and was developed in the United States and the United Kingdom. In 1930 Dr Joseph Thompson imported a small brown (sable) coloured female cat by the name of Wong Mau to San Francisco. Wong Mau was to go on to be the founding cat of the Burmese breed as we know it.


Burmese cats are laid back, social, intelligent, gentle and sweet. Their playful nature extends well into adulthood but is not constantly on the go like other active breeds. Once they have worn themselves out, they love nothing more than sleeping on any lap available. Burmese cats have a dog-like personality who will follow you around the house all day long, hoping to get a pat or stroke. Unlike other breeds, the Burmese doesn’t tend to play favourites, and loves everyone equally, including visitors to the home.