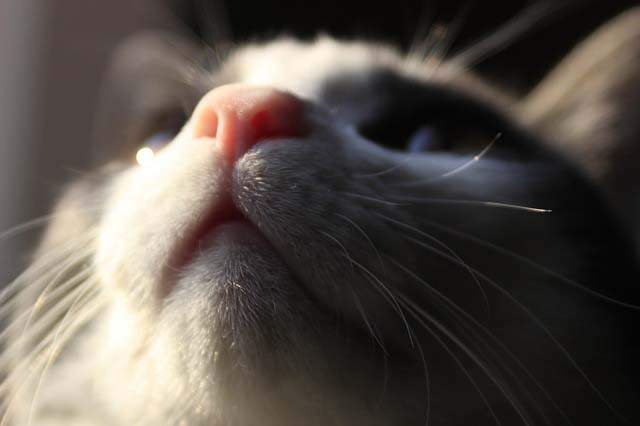 Gastric motility is the movement of food through the body which starts as soon as food enters the mouth and is chewed and swallowed. From there it moves through the esophagus, stomach, small and large intestines, and finally waste products leave the body via the anus.  Wavelike contractions of the smooth muscle in the gastrointestinal (GI) tract are responsible for the passage of food to different locations for processing and absorption.
The autonomic nervous system (the nervous system responsible for the control of the bodily functions not consciously directed) regulates these contractions (peristalsis) and several endocrine (hormonal) mechanisms.

In the cat with healthy digestion, food is consumed and passes through the esophagus to the stomach where mixes with gastric juices and is churned into a liquid called chyme. From there it moves to the small intestine where the intestinal wall absorbs nutrients and passes them into bloodstream. Waste material and indigestible parts pass into the large intestine where water is removed, and the remaining products are excreted from the body via the feces.

Gastric motility disorders are several conditions which affect the normal passage of food through the GI tract. They can be accelerated, retrograde (backward moving) or delayed. Most feline cases are due to delayed or impaired motility; this, in turn, causes food to accumulate in the GI tract.

Any dysfunction along the gastrointestinal tract can cause gastric motility disorders.

Gastric motility disorders can be primary or secondary, most cases are secondary, and usually due to underlying gastrointestinal disease.

Additional symptoms can present depending on the underlying cause.

The veterinarian will perform a complete physical examination of the cat and obtain a medical history which will include symptoms, how long they have been present, any underlying medical conditions, and medications your cat is currently taking.

The goal of treatment is to address the underlying cause, as well as increase gastric motility and provide supportive care including fluid and nutritional therapy and surgery or gastroscopy to remove blockages.

Prokinetic agents – These medications increase peristalsis and/or promote gastric emptying. There are several drugs available which include: