Also known as orange, red and marmalade, the ginger coat colour is sex-linked, which means it occurs on the X chromosome and is symbolised by the letter O (for orange). O is dominant over non-orange (o), and O determines whether a cat will produce eumelanin or not (dominant epistasis). In cats with orange fur, pheomelanin (red pigment) completely replaces eumelanin (black pigment).

As we know, females have two X chromosomes (one from each parent), and males have one X (from the mother) and one Y (from the father).

For the male to be ginger, he only needs to inherit the X from the mother or father who carries the dominant O.

If a female inherits one O and one o, she will be tortoiseshell, which is a mixture of ginger (o) and red (O). Because the female has two X chromosomes (one from each parent), x-inactivation or lyonization occurs during early development (usually around the eight-cell stage, but it can occur later). Every cell has one active and one silenced X chromosome (known as a Barr body), and as the cells continue to divide, they will take the colour from those eight progenitor cells. The earlier the inactivation, the larger the patch of fur derived from each lyonized progenitor cell.

Based on Punnett squares from Cats are Not Peas by Laura Gould.

What breed of cat is the ginger cat?

Ginger is a coat colour and not a breed, the colour occurs in domestics (mixed-breed) as well as in some purebred cats (see below). Ginger cats can be long or shorthaired.

Certainly, genetics can play a role in a cat’s personality, but equally, if not more important is the kitten’s early weeks with its mother, siblings as well as positive human interaction.

Ginger and white cats and calicos 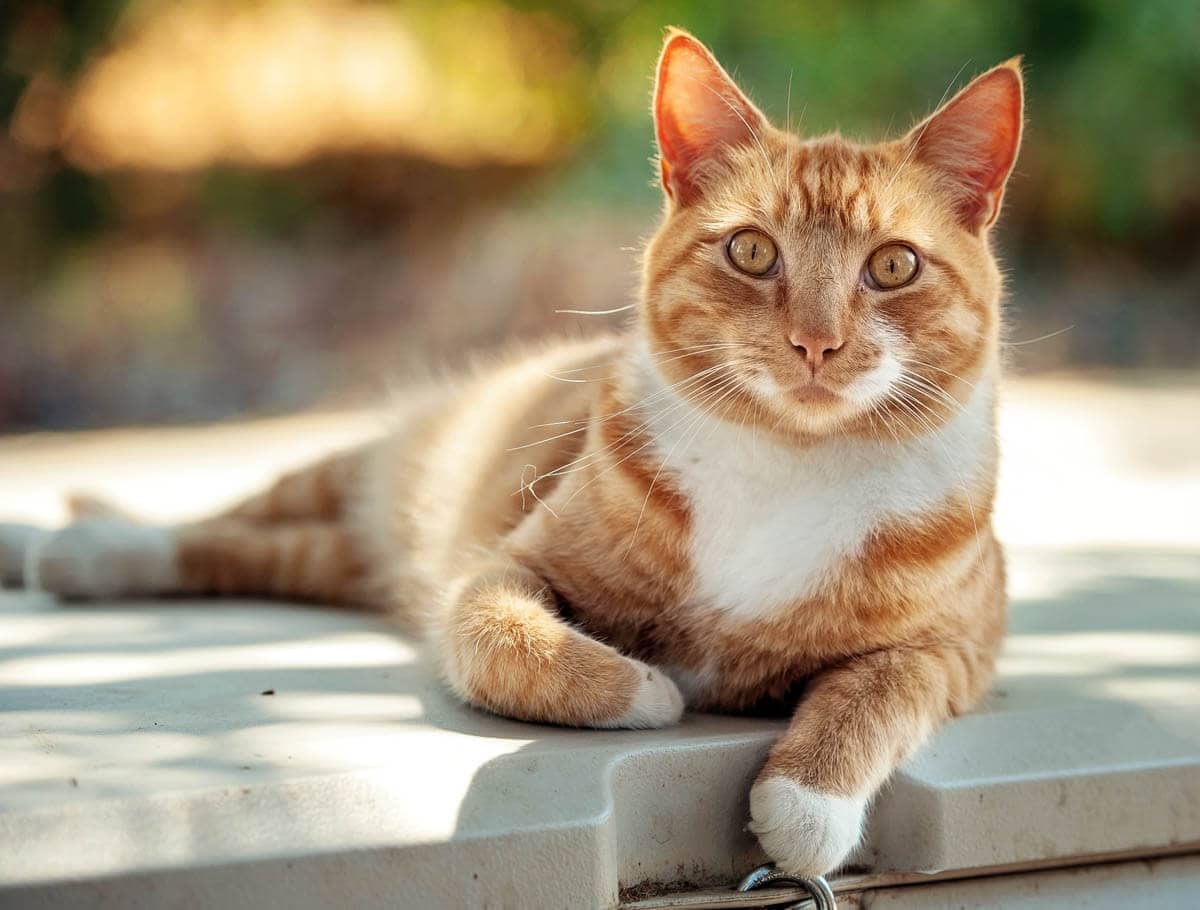 In addition to the ginger coat colour, some cats also have areas of white fur; this is due to the piebald or white spotting gene (abbreviated to S), which is dominant. The ginger and white cat is genetically a ginger cat, but the S gene has switched off the colour in certain areas.

Calico (also called tri-colour) cats have the characteristic red and black patches but with the addition of white. Unlike the tortoiseshell, the coloured patches are more commonly in well-defined clumps, intermingled with white. As there are two X genes at play (O/o), calico cats are also almost exclusively female.

As we know, for a cat to be tortoiseshell, it must have two X chromosomes, and male cats have an X and a Y. In rare cases, the male will have an extra X chromosome, making him XXY. This condition is known as Klinefelter syndrome, and when it occurs, he can be tortoiseshell, but in most cases, he will be sterile.

Sources say the College of Veterinary Medicine in Missouri ran a study and established the incidence of male tortoiseshell cats is 1 in every 3,000, I have been unable to find the study; however, Robinson’s Genetics For Cat Breeders and Veterinarians also states a frequency of 1 in every 3,000 which backs up this claim.

Along with the distinctive ginger coat colour, all ginger cats display the tabby pattern and have the characteristic M on their forehead. Therefore, the full name for a ginger cat should be a ginger tabby.

Not really, they are less common than orange male cats. For a female cat to be ginger, she must inherit the O gene from both her father and mother. This means there are approximately three ginger males to every ginger female. 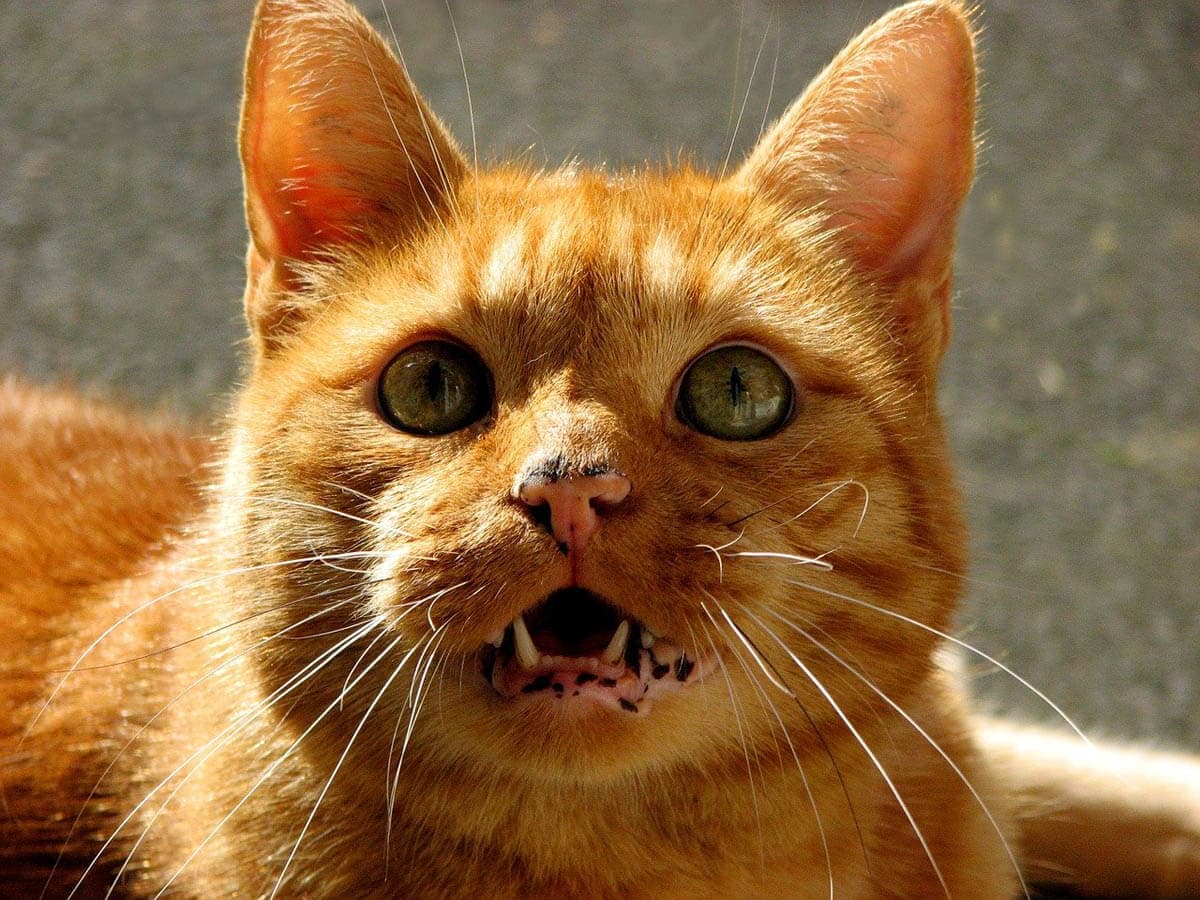 Some older ginger cats can develop black spots on their lips, nose, gums and eyelids. This condition is known as lentigo, and is the result of an increase in the number of epidermal melanocytes (pigment-producing cells), causing hyperpigmentation.

All females (including cats and humans) are genetic mosaics, which means they carry two distinctly different types of cells throughout their bodies due to X-inactivation (mentioned above). As male cats only have one X chromosome, and females have two in every cell, the father’s copy works in some cells, and the mother’s copy works in others.

Ginger, tortoiseshell and calico coat colours can also be dilute, which means the black is blue, brown is lilac, and the ginger is cream. The dilute gene (or melanophilin) affects the distribution of melanin granules within the cat’s hair. The dominant or dense (D) form of the gene produces dense pigmentation while the recessive dilute (d) form results in pigment granules that are enlarged and deposited unevenly in the hair shaft which causes clumps of varying size along the length of the hair. Some segments may be sparsely pigmented or lack pigment altogether. 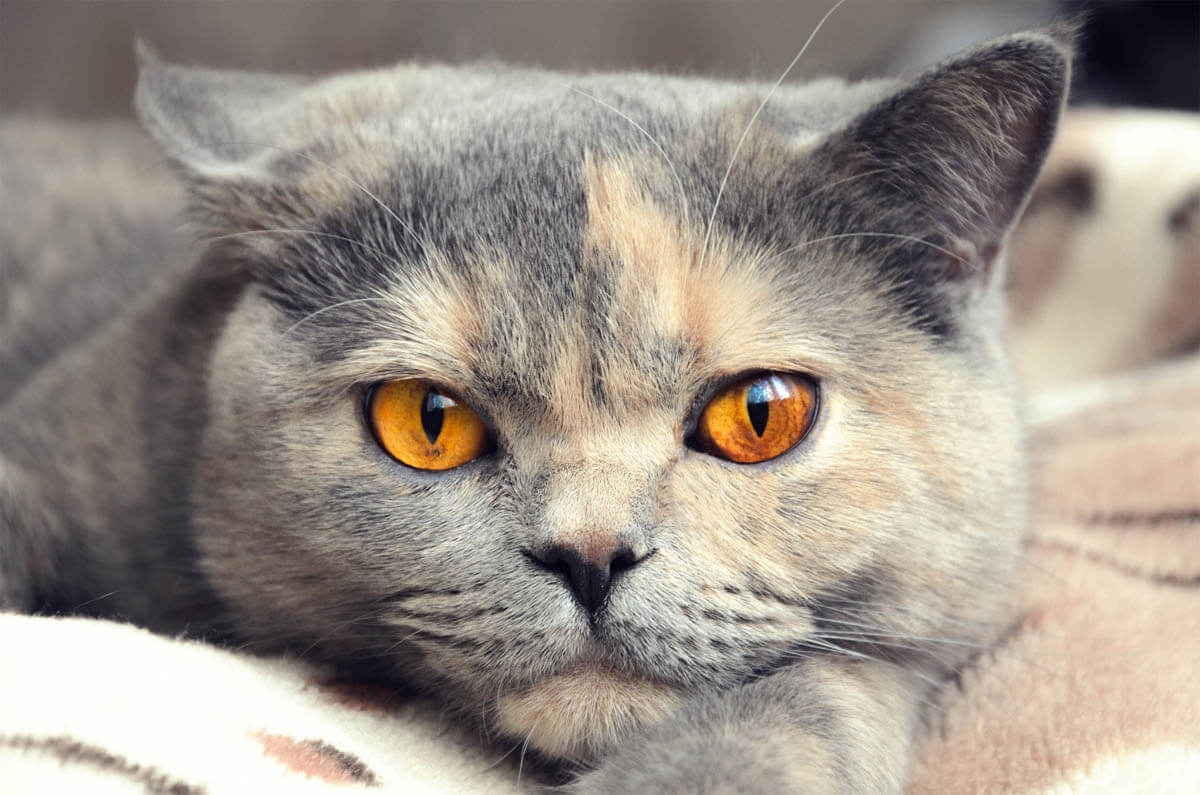 The Churchill family sold their family home for £50,000 Chartwell due to the upkeep costs. The owners, a group of businessmen then offered it to the National Trust in 1946. When Chartwell opened to the public in 1966 the Churchill family requested there always be a marmalade (orange) cat with a white bib and four white socks named Jock in residence. As of 2020, the current occupant is Jock VII.

What breeds of cat can have a ginger coat colour? 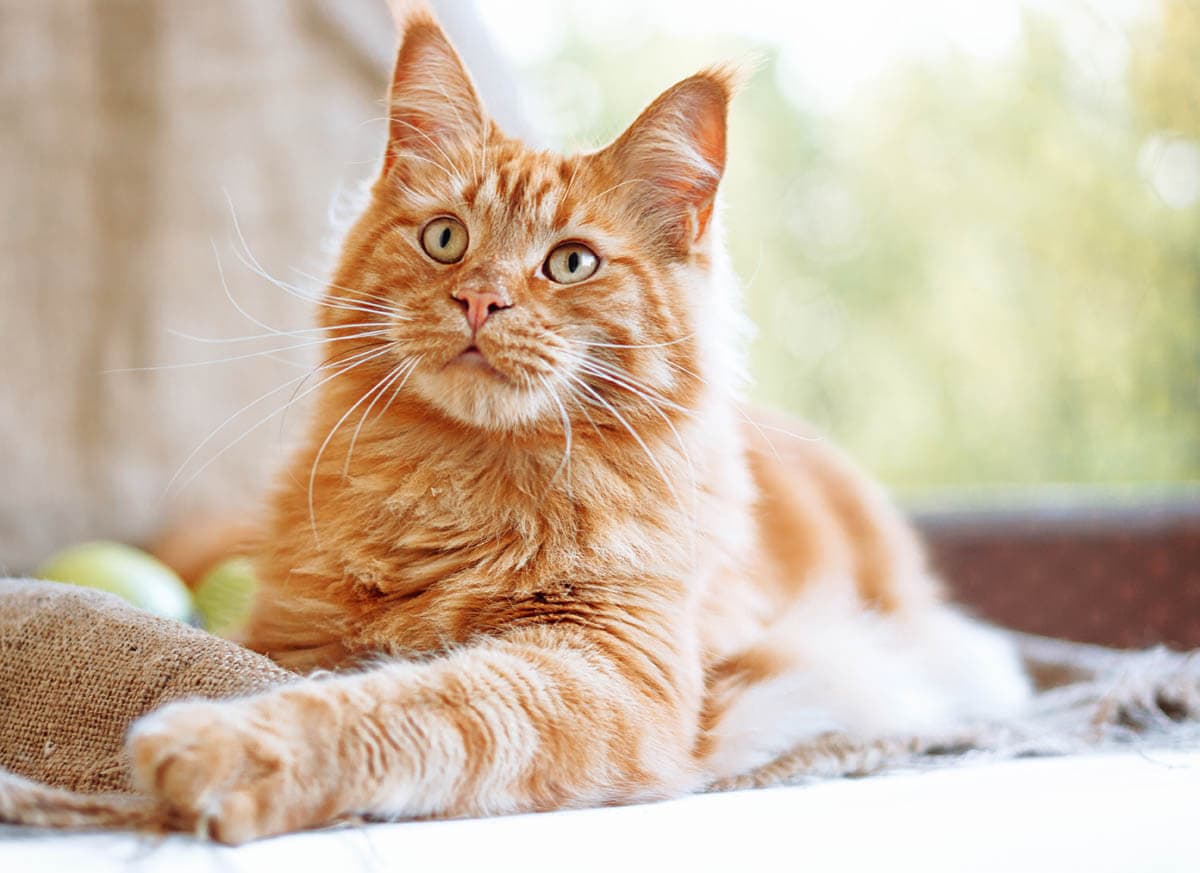