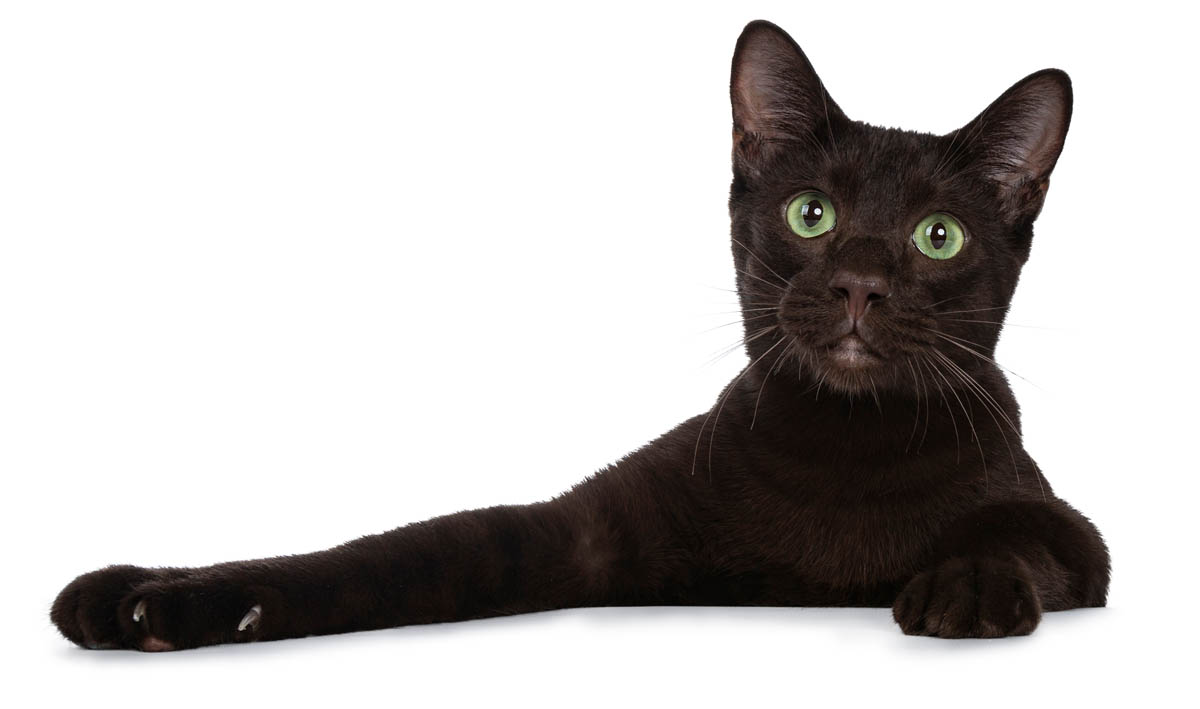 The Havana Brown is a man-made breed that originated in England in the 1950s. It was created by crossing a Siamese male by the name of Tombee to a black short-haired female called Susanah, (a half Siamese/half black moggy). Four kittens were born, three blacks and one stunning brown male who was named Elmtower Bronze Idol.

Mrs. Isobel Munro-Smith (Elmtower) was the owner of both cats. Other breeders involved in the creation of the Havana Brown in the early days include Baroness Edit von Ullmann and Mrs. A Hargreaves who were the first to come up with the idea of creating a self-brown cat. Mrs. Munro-Smith and Mrs. Elsie Fisher joined the group later and together they formed the Chestnut Brown Group.

In 1894 a brown Siamese was shown under the breed name Swiss Mountain Cat and the Brown Cat was shown in 1930. However, these cats quickly disappeared.

Havana Brown in the United States:

Elsie Quinn of Quinn cattery was the first US breeder to import the Havana (Roofspringer Mahogany Quinn) in the mid-1950s. It should be noted however that the Havana Brown in the UK is an Oriental-looking cat, more in line with the modern-day Siamese, however, in the United States, it has kept the look of the early imports from the 1950s and has a less oriental build.

The head forms an equilateral triangle, ears are large with rounded tips, oval-shaped green eyes. The US Havana has a nose stop, the UK Havana has a long, straight nose. The head of the US Havana is shorter than the UK one.

What is the same with both types is the rich mahogany brown coat. It is short, slick and lies close to the body. In fact, the Havana is brown all over except for the eyes. Even the whiskers and nose pad are brown. There should be no tabby markings.

Males are proportionately larger than females.


The Havana is an energetic breed of cat and can be quite talkative like its Siamese cousin. One unusual trait of the Havana Brown is they like to touch objects with their paws.

They are affectionate, friendly and intelligent and enjoy the company of people and other pets. Some may become attached to one particular member of the household. However, in general, they get along great with children and make a great family pet.