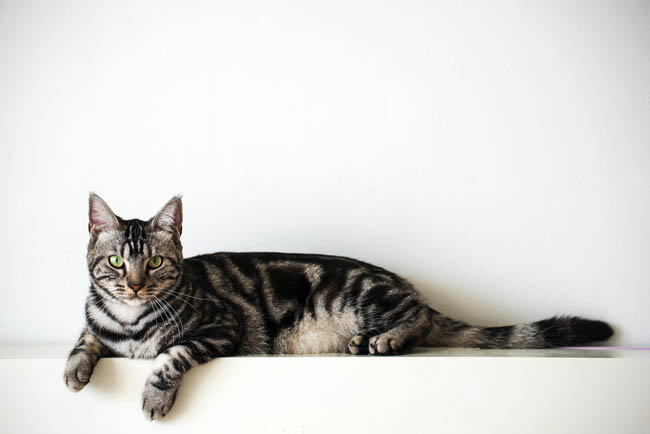 Table of Contents hide
1 At a glance
2 What is spaying and neutering?
3 How to tell if a cat has been spayed or neutered
3.1 Ear tattoo
3.2 Ear notch
3.3 No testicles
3.4 Midline or flank scar
3.5 Anti-Müllerian hormone (AMH) test
3.6 No estrus in female cats
3.7 Absent stud jowls
3.8 Additional signs

Adopting a cat is a huge responsibility and top of the list is making sure they are spayed or neutered (desexed) to prevent more unwanted kittens as well as the added health benefits. But not all cats come with a history which tells us if they have been desexed or not.

What is spaying and neutering?

Spaying and neutering is the surgical removal of a cat’s reproductive organs to prevent unwanted litters and behaviours, it also has the added benefit of reducing or eliminating several diseases which include pyometra (infection of the uterus), mammary cancer, testicular cancer, spraying and calling (estrus).

Cats are desexed between the ages of 8 weeks to 6 months.

How to tell if a cat has been spayed or neutered

Some veterinarians and rescue organisations add a black or blue tattoo the inside of the ear as a way to identify that a cat has been spayed or neutered. An M inside the right ear indicates the cat has been microchipped, and a circle with a line through it in the left identifies a desexed cat although the shape of the tattoo may vary from country to country. 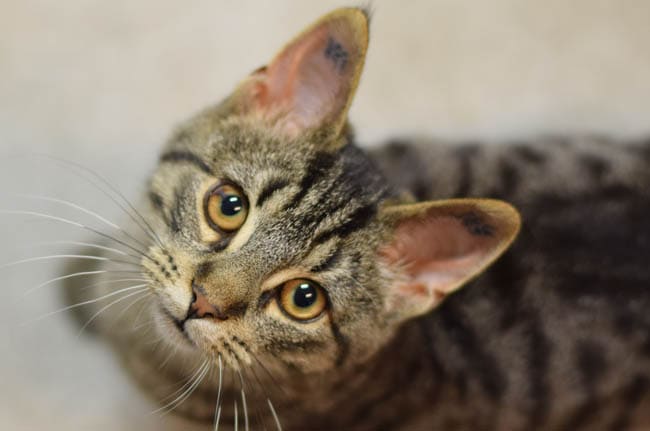 Removal of the tip of the ear or a V-shaped notch in the side of the ear is the universal sign that a cat has been spayed or neutered. The ear notch is generally reserved for stray and feral cats so that it can be easily identified as spayed or neutered from a distance.

It is easier to identify a neutered adult male due to their external testicles. When a male is desexed, they remove the testicles inside the scrotum (the pouch of skin which contains the testicles) but leave the scrotum intact. As you can see in the image below, the scrotum of the neutered cat is considerably smaller than that of the entire male.

It is harder to identify a spayed female in the absence of an ear tattoo or ear notch as their reproductive organs are on the inside of the body. It may be possible to shave a small patch of fur on the flank (side) or midline to look for a small scar which will be approximately 1 inch (2.5 cm) long. Unfortunately, this scar may not always be visible.

This blood test measures levels of Anti-Mullerian Hormone, which is produced in the ovaries of female cats. A negative AMH test is consistent with a spayed female, whereas a positive AMH test indicates the presence of ovarian tissue.

No estrus in female cats

A female cat will go into heat (estrus) if she has been spayed. Heat occurs every 3-4 weeks until she is mated. Signs that a cat is in heat include loud calling, rolling on the floor, raising her rear end in the air when touched, spraying, and attempting to escape.

In rare cases, some of the ovarian tissue is left behind during spay surgery, the female is unable to fall pregnant, but the remnant tissue continues to produce hormones, and the female will continue her heat cycle.

Adult male cats who have not been neutered will have stud jowls, which are fleshy pouches on the cheek. They develop due to the effects of testosterone, and it is thought they are there to protect the face from fights, which are common among entire male cats. Once a cat has been neutered, his stud jowls will go down. 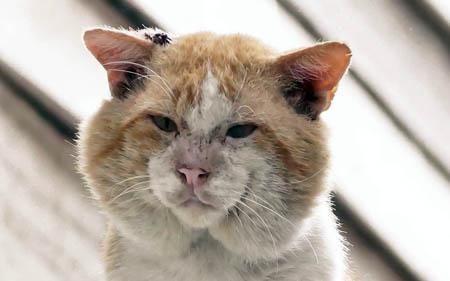 A male or female cat who has not been neutered will do everything in their power to escape and find a mate. It is extremely important to keep entire cats indoors to avoid unwanted litters but also prevent diseases such as feline leukemia and feline immunodeficiency virus, as well as cat bite abscesses.