About: Cushing’s syndrome is a rare condition that occurs due to prolonged exposure to high levels of the hormone cortisol.

Gradual withdrawal of corticosteroids or surgery to remove the tumour.


Cushing’s syndrome (hyperadrenocorticism) is an endocrine disorder that occurs from exposure to high cortisol levels for a long time. It is a rare disease in cats, which most often affects middle-aged and older cats.

There are three causes of Cushing’s syndrome in cats:

What is the adrenal gland? 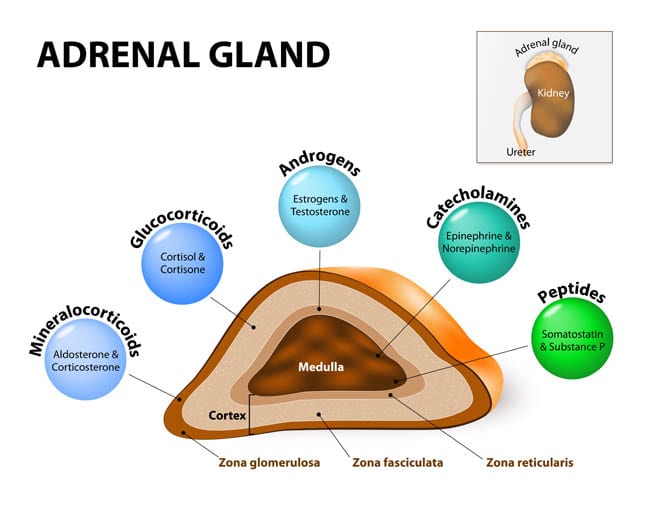 The adrenal glands are located on top of the kidneys.

The outer layer of the gland (adrenal cortex), produces hormones including cortisol, DHEA, estrogen and testosterone. Cortisol is essential for life; it plays several critical roles, which include converting proteins into energy, releasing glycogen and has pronounced anti-inflammatory and immunosuppressive effects.

Cortisol opposes the actions of insulin and in more than 90% of cats with Cushing’s syndrome also had concurrent diabetes mellitus.

The medulla is the inner portion of the adrenal gland and produces epinephrine and norepinephrine (adrenaline), which raise blood glucose, blood pressure and cardiac output during a stress response.

A suspicion of Cushing’s syndrome can be made if the cat has a history of long-term corticosteroid use as well as uncontrolled diabetes. The veterinarian will perform a complete physical examination and obtain a medical history from you.


Treatment options will vary depending on the underlying cause of Cushing’s syndrome.

*References: The Cornell Book of Cats.