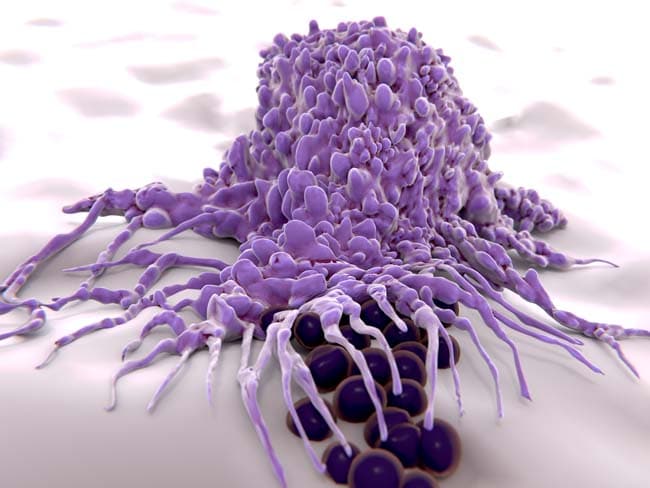 The immune system is made up of organs and cells, its role is to defend the body against foreign invaders such as bacteria, viruses, fungi, and parasites as well as that, it helps to protect the body against unchecked cell growth (such as cancer).

Like all blood cells, cells of the immune system are all derived from the bone marrow.

Lymphocytes are white blood cells (also known as leukocytes) and can be found in all organs and tissues of the body.

There are two broad categories of lymphocyte. The large NK (natural killer) cells and the small B, T cells.

As with all white blood cells, T lymphocytes are made in the bone marrow but then travel through the blood to the thymus (hence the name ‘t cell’), where they undergo maturation.  The thymus is an organ located in the chest, behind the breastbone. There are several different subsets of T cells:

Helper T Cells (also known as effector T cells or Th cells) – Mature helper T cells carry the surface protein CD4 and are also known as CD4+ T cells. As the name suggests, helper T cells assist other lymphocytes (CTL’s and B cells) develop an immune response. These cells comprise of Th1 (for cytotoxic T lymphocytes) and Th2 (helper cells for B cells).  Helper T cells circulate throughout the body checking for antigens (substances that might be signs of invading virus/bacteria etc). Once activated, this cell begins to rapidly divide and release lymphokines which attract Killer T Cells and B Cells.

This cell can directly destroy cells which have been invaded by a virus. They do this by binding to the cell and secreting the protein ‘perforin’ which kills the infected cell (known as necrosis) or delivering an enzyme called granzyme which triggers the cell to commit suicide (known as apoptosis). CTLs carry the surface protein CD8 and are therefore also known as CD8+ T cells.

B cells are responsible for humoral immunity. That is, when they are exposed to an antigen, they produce plasma cells, which secrete antibodies that bind to antigens on the surface of microbes.

Natural killer cells are large granular lymphocytes which attack and kill tumour cells and virus-infected cells, but not microbes directly. They are found in the blood and tissues. Unlike CTL’s, NK cells do not need to recognise antigen/MHC on the target cell to kill it.

These are cells which are able to ingest damaged cells and foreign invaders such as bacteria and viruses. Included in this category are Monocytes, Macrophages, and Neutrophils.

A monocyte is a large white blood cell produced in the bone marrow and released into the blood for around 1 to 3 days, they represent approximately 5 – 8% of white blood cells. It ingests damaged cells, foreign organisms, cells, and debris. They become a macrophage when they migrate into the body’s tissues.

Produced in the bone marrow, granulocytes are a type of white blood cell which contains ‘cytoplasmic’ granules of toxic chemicals which digest (phagocytize) micro-organisms and mediate allergic reactions.

They are sub-divided according to their staining properties into neutrophils, eosinophils, and basophils.

Neutrophils are the most abundant type of white blood cell. They kill and ingest bacteria by engulfing them and releasing their cytotoxic granules.

The role of the eosinophil is to protect against parasitic infections. They also play a major role in allergic reactions.

Basophils are the least common of the three granulocytes. They contain histamine in their granules which are one of the substances responsible for the symptoms of an allergic reaction such as a running nose, sneezing, inflammation etc.

Derived from the bone marrow, these cells are found in most tissues but are predominantly in the connective tissues, especially the dermal layer of the skin. Their granules contain heparin and histamine which are responsible for allergic responses and asthma.

When IgE antibodies respond to a particular allergen they bind to the receptors on mast cells. Subsequent exposure to the allergen will trigger the mast cells to release their chemicals causing blood vessels to dilate (enlarge) along with the other symptoms common in allergic responses such as running nose, sneezing, inflammation etc.

Antibodies are Y-shaped proteins produced by B lymphocytes and plasma cells, which bind to antigens on the surface of microbes.