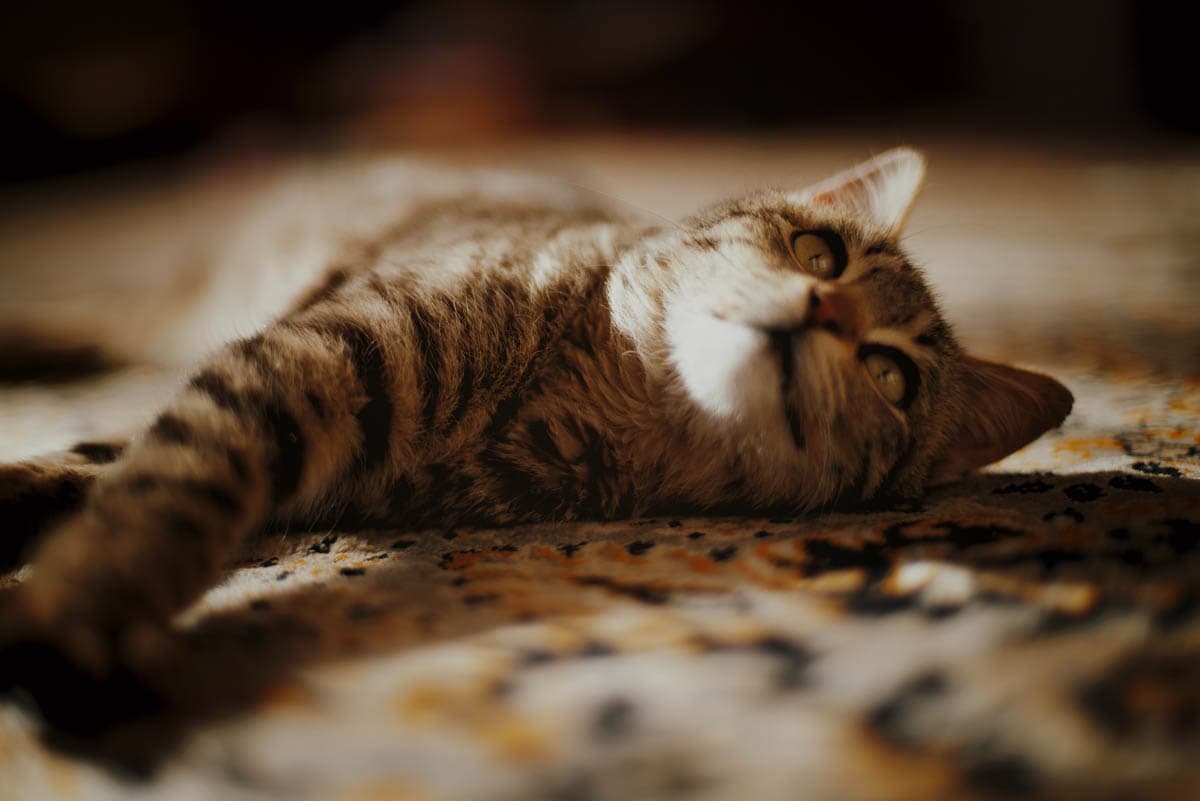 The cat’s immune system plays a vital role in protecting the cat from pathogens such as bacteria, viruses, parasites, and fungal infections. However, sometimes, it goes awry and attacks its own tissues or cells.

Immunosuppressive therapy is a treatment to suppress the immune system to manage autoimmune disorders and inflammation. The cause of autoimmune diseases and inflammatory diseases in cats is poorly understood but is thought to be a combination of factors including genetic predisposition, environmental pollutants, vaccinations, infections, and cancer.

The immune system is made up of the following:

An immunosuppressant is an agent that weakens the cat’s immune system. In the case of immunosuppressive therapy, this is the goal; however, sometimes, immunosuppression happens as a side effect of other treatments such as chemotherapy.

Impaired or weak immune system, which can be due to cancer treatment, certain infections (FIV and FeLV), age (kittens have very immature immune systems and senior cats ), and certain medications. A cat with a compromised immune system is more vulnerable to infection.

An immune response to a harmless substance such as food, parasites (fleas in particular) or pollen.

The cat’s immune system incorrectly attacks tissues or cells within the cat’s body.

What conditions does immunosuppressive therapy treat?

Pemphigus complex is a group of rare bullous autoimmune diseases in cats, which are the result of an overactive immune response against the cat’s own tissues. An overproduction of autoantibodies attacks the epidermal bonding molecules causing them to separate, resulting in the formation of superficial vesicles and bullae (a blister that contains serous fluid) which rupture to form crusted erosions on the skin.

Immune-mediated hemolytic anemia (IMHA), is a disease in which the cat’s own immune system can become directed against its own red blood cells leading to life-threatening anemia. Red blood cells (also called erythrocytes) supply oxygen to the tissues of the body.

IMHA can be classified as primary or secondary. Primary IMHA is caused by an inappropriate immune response, and no underlying cause can be found in autoimmune-mediated hemolytic anemia (AIHA).

Low platelets (thrombocytes) is a condition in which there is a reduced number of blood platelets that are responsible for helping the blood to clot. IMTP is a rare cause of thrombocytopenia in cats which results in the cat’s own immune system prematurely destroying platelets.

An immune-mediated disease in which the cat’s immune system attacks the joints causing inflammation and pain. It can be erosive (causing the bone to erode) or non-erosive.

An inflammatory disease caused by the cat’s own immune system attacking the tissues when the body produces antibodies against itself (known as auto-antibodies), attacking various systems including the skin, joints, blood vessels, kidneys, heart, and lungs.

An eosinophil is a type of white blood cell that participates in allergic reactions and helps to fight certain parasitic infections. A granuloma is an inflammatory lesion that contains granulocytes. These are a type of white blood cell made up of small cytotoxic granules, which are released (degranulation) in response to a microorganism or parasite.

There are several causes of dry in cats, including immune-mediated inflammation and/or destruction of the tear glands, the cause of this is not known.

Also known as feline bronchial disease, allergic bronchitis, allergic airway disease, and allergic asthma), asthma is a noninfectious respiratory condition that is characterised by acute constriction of the lower airways, which results in coughing and respiratory distress. Asthma is one of the most common causes of respiratory diseases in cats, affecting around one in 100, attacks may range from mild to severe and life-threatening.

Medications to suppress the immune system:

There are many classes of drugs that veterinarians can use to treat immune-mediated disease and/or inflammation. They work by inhibiting or preventing activation of the immune system:

The first-line therapy to treat immune-mediated or inflammatory disease in cats is glucocorticoids, or a combination of two drugs (glucocorticoids and cyclosporine) will be prescribed, initially at a high dose, then once the condition is under control, the dose will be gradually tapered to the smallest amount possible to keep symptoms at bay.

All medicines can have side effects, and immunosuppressive drugs can affect cats in two ways. The direct impact of the medications on the cat as well as the risks associated with immunosuppression. Side effects can vary greatly between drugs.


Any cat who is on immunosuppressive treatment will be regularly monitored by the veterinarian, which will include routine bloodwork to ensure normal parameters remain.


Common side effects include:

If side effects do occur, the veterinarian can alter the treatment plan by changing drugs, dose or interval.