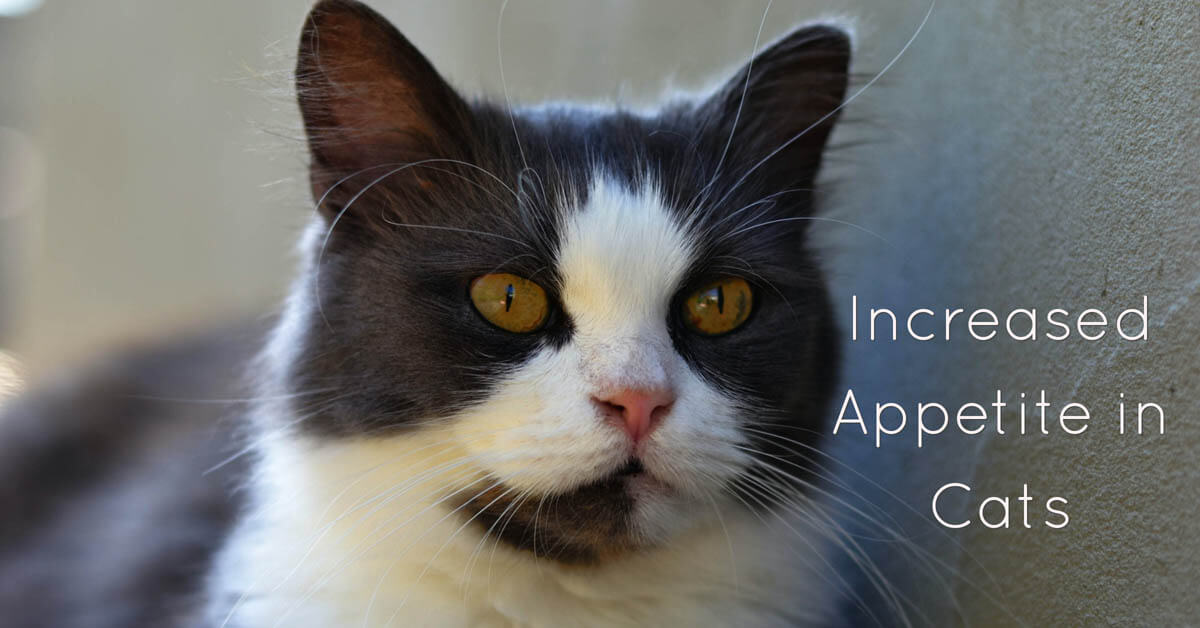 It is always prudent to be aware of your cat’s habits as any change can indicate a potential problem. One such change is a sudden change in your cat’s appetite (polyphagia). Most of us associate sickness with a loss of appetite; however, an increased appetite can also be a sign of an underlying problem.

Depending on the cause, there may be other symptoms accompanying the increased appetite. Things to watch for include:

Your veterinarian will perform a complete physical examination of your cat and obtain a medical history from you. He will ask if you have noticed any other changes to your cat. Increased thirst and urination, change in behaviour etc. The age and physical appearance of your cat may provide your veterinarian with clues to the likely cause. A middle-aged to senior cat is at a higher risk of hyperthyroidism or diabetes; a younger, intact female cat may be pregnant.