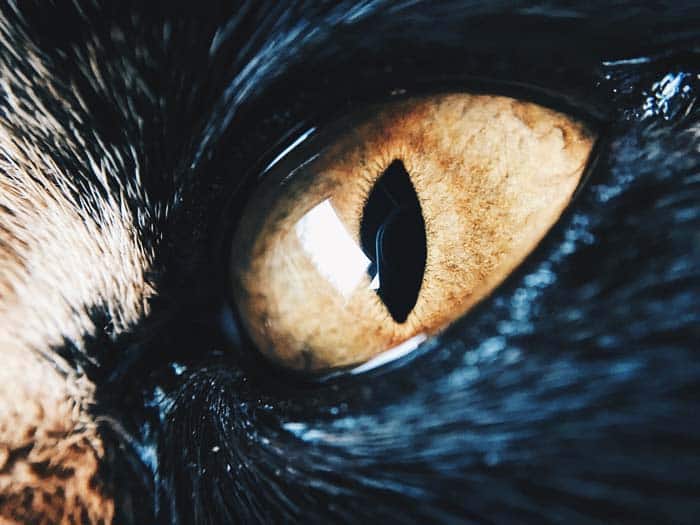 Inherited diseases are caused by DNA abnormalities, which are inherited from a kitten’s mother and/or father. The severity of the disease can range from minor to fatal.

Less common are dominant genes, in which the kitten only needs to receive one copy for the disease to occur.

There are many genetic tests available to screen potential breeding cats for inherited diseases, which are available via specialist laboratories or universities. These enable breeders to identify carrier cats and remove them from breeding programmes.

Most genetic diseases only affect a small number of breeds.

About: Craniofacial defect is an inherited disorder which was originated in the United States by a single male cat in the late 1970s who was used to develop the Contemporary Burmese. The deformity is also called incomplete cojoined twinning which duplicates the upper maxillary (upper jaw). Cats with a single copy of the gene may appear brachycephalic (shortened face and a rounded skull), those with two copies of the gene are severely affected. Abnormalities include malformation of the lower jaw and nostrils, incomplete formation of the skull, protrusion of the brain, ocular degeneration, duplication of the whisker pads and canine teeth.

Kittens born with two copies of the gene are incompatible with life and kittens will be stillborn or die shortly after birth.

About: Gangliosidosis is a degenerative disease of the brain, spinal cord and nervous system. Both GM1 and GM2 are inherited lysosomal storage disorder which destroys nerve cells (neurons).

Affected cats have a deficiency in the enzyme beta-galactosidase (GM1) or hexosaminidase A and B (GM2) which are needed to break down specific lipids (gangliosides). Disruption to normal cellular function as gangliosides build up in the body. Affected cats develop neurological signs which become progressively worse; these include wobbly gait (ataxia), tremors, side to side eye movement, loss of vision (nystagmus), rounded appearance to the head.

About: A group of rare genetic disorders characterised by an inability to metabolise glycogen, which is the stored form of sugar in the body. As glycogen builds up in the tissues, especially the liver, heart, and muscles, which leads to an increase in size and eventually scarring (cirrhosis) along with organ dysfunction.

Kittens may die at in the womb or at birth from hypoglycemia (low blood sugar levels). Those who do survive will develop normally until they are around 5 to 7 months of age when symptoms develop.

About: Feline hypertrophic cardiomyopathy (HCM) is a heart disease which causes excessive thickening of the left ventricular wall, papillary muscles, and septum. This thickening prevents the heart from expanding as much as it should to receive blood.

As the left ventricle shrinks and stiffens due to a thickening of the wall, it is less able to accept as much blood, this results in a build-up in the left atrium and the lungs and the lining of the chest, leading to congestive heart failure and pulmonary edema, making breathing difficult.

About: Hypokalemia is a deficiency of potassium in the blood plasma, the straw coloured, liquid part of the blood, which makes up approximately 55% of the blood volume. Low potassium levels interfere with the contractibility of skeletal, cardiac and smooth muscles.

A single mutation in the gene (WNK4) coding for lysine-deficient 4 protein kinase (an enzyme present primarily in the distal nephron) is responsible.

Symptoms develop between 2-6 months of age and include severe muscle weakness due to the higher loss of potassium from the muscles compared to other tissues. Abnormal heart rhythms (arrhythmias) can develop in the heart (also a muscle), other symptoms include lethargy, weakness, muscle pain, stiffened posture, reluctance to move, ventral neck flexion (inability to raise the head), weight loss, muscle wasting and dull coat.

About: The most prominent of all feline inherited diseases, polycystic kidney disease is a slowly progressive disease, caused by fluid-filled cysts in the kidneys. Cysts are present from birth but start out small, but increase in size over time, which damages healthy kidney tissue, eventually leading to kidney failure.

PKD is most prevalent in Persian cats, affecting 36%.

About: Progressive retinal atrophy is a disease which results in the degeneration and atrophy of the retina, which is made of photosensitive cells known as rods and cones which convert light into electrical impulses and transport them to the brain via the optic nerve. The disease is caused by a mutation of the CEP290 gene, which encodes for the centrosomal protein 290 kDa which maintains the important structure known as the cilium in rod photoreceptors.

Vision is normal at birth but deteriorates over time, leading to a complete loss of vision by 3-5 years of age.

An autosomal dominant form of progressive retinal atrophy can also occur, which is known as CRX and causes early onset blindness by seven weeks.

About: An autoimmune disease which first appeared in Australian and New Zealand British shorthair cats. The disease is caused by a defect on the FASL gene, which controls the proliferation of lymphocytes (white blood cells). This results in the accumulation of lymphocytes on the spleen and lymph nodes, which causes them to become enlarged.

Kittens are normal at birth but symptoms of lethargy, reduced growth, abdominal distention, anemia and enlarged lymph nodes and spleen by the sixth week, and progresses rapidly. Kittens die shortly after or are humanely euthanised.

About: A rare lysosomal storage disease caused by a mutation which prevents the formation of lysosomal alpha-mannosidase (LAMAN) enzyme which leads to a build-up of oligosaccharides (large sugar molecules) in the cells of the brain, kidneys and liver.

About: A group of lysosomal storage diseases characterised by the accumulation of mucopolysaccharides due to the impaired functions of lysosomal enzymes. Cats with MPS do not have any, or enough, of the enzymes alpha-L-iduronidase or arylsulphatase B which are needed to break down mucopolysaccharides (sugar molecule chains). Mucopolysaccharides help to build bones, cartilage, skin, tendons, corneas, and the fluid responsible for lubricating joints.

Cats are normal at birth, but symptoms in cats with the severe form start six weeks which include short, broad nose with a depressed nasal bridge, prominent forehead, small ears and opacity of the cornea, degenerative joint disease, skeletal deformity, mental retardation an enlarged liver.

Cats with the mild form have less enzyme and form granules in white blood cells, but appear otherwise healthy.

About: A neuromuscular disorder caused by mutations in part of the gene CLCN1 encoding the ClC-1 chloride channel, which results in muscle fibre membranes having an unusually exaggerated response to stimulation (hyperexcitability). The disease is characterised by persistent contraction, particularly during the muscle movement.

About: A lysosomal storage disease caused by a mutation on the NPC1 gene which causes a deficiency the enzyme sphingomyelinase which leads to the accumulation of the lipid sphingomyelin within cells of the nervous system, liver, spleen, kidneys, lung and intestines.

Symptoms begin around 12 weeks of age and include high stepping, head bobbing, ataxia (wobbly gait), tremors and loss of appetite and eventually death.

About: An autosomally recessive inherited neurodegenerative disorder caused by the death of spinal cord neurons that activate skeletal muscles of the trunk and limbs that have been identified in Maine coon cats. The disease is caused by a large deletion in chromosome A1 that eliminates two genes.

Symptoms appear around 3-4 months of age with the development of fine muscle tremors, progressive hind limb weakness, inability to jump and an abnormal posture.

Where is DNA testing available?

There are a number of facilities which offer DNA testing in cats. Your veterinarian or a local veterinary college will be able to advise on local facilities in your area.