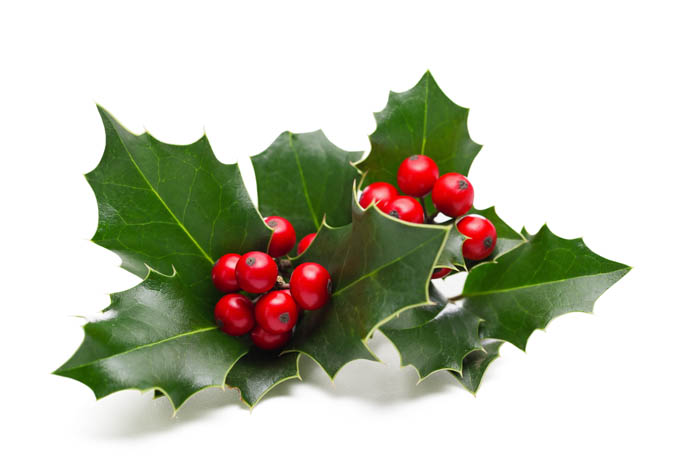 Is holly toxic to cats?

Holly is toxic to cats. The toxic principles are saponin glycosides, methylxanthines, and cyanogens. Saponin glycosides which are found in the highest concentration on the young leaves and green berries (fruit) of the holly plant. Saponins can cause death in red blood cells as well as changes in the permeability of the small intestinal mucosal cells.


The most common symptoms of holly poisoning relate to gastrointestinal upset. Symptoms will vary depending on the amount of holly the cat has eaten but may include the following:


Contact a poison helpline if one is available or your veterinarian. Let them know the amount of holly ingested and how long ago ingestion occurred. Do not induce vomiting or administer medications unless instructed to do so.

Treatment depends on the amount of holly ingested and if the cat is displaying clinical signs.

For cats who are symptomatic, if the ingestion was recent, gastric decontamination (removal of the toxin from the gastrointestinal tract, usually by inducing vomiting.

In addition, supportive and symptomatic care which may include fluids to prevent or treat dehydration and anti-nausea medication.


Cats are unlikely to chew on holly leaves due to their sharp spines. To reduce the risk of holly toxicity in cats, remove all of the berries from any displays before bringing them into the house. As the plant dries out, berries can fall off the plant and be consumed by a pet.