Also known as dichroic eyes, heterochromia iridis (hetero = different, chromia = colours, iridis = iris), is a condition in which cats have odd-coloured eyes. One will be blue; the other may be green, copper or brown. Heterochromia can be inherited, congenital or acquired.

Back to epistatic white cats

People commonly associate white animals with albinism, and in many cases this is true, true albinism is quite rare in cats, and when it does occur, the eyes will be very pale blue or pink. A form of partial albinism occurs in pointed cats, most commonly associated with the Siamese.

Most white cats with odd or coloured eyes are white due to the white masking gene (W) a dominant gene that is represented with an UPPERCASE ‘W‘ (recessive are shown in lower case ‘w‘, which symbolises non-white). The W gene masks the effect of all other colour genes. It is this gene that is also responsible for deafness in some white cats with blue eyes. Remember that cats have two sets of genes, one from their mother and one from their father. Three combinations can occur:

It is also possible for a cat to be white due to the white spotting gene, which presents in varying grades from 1-10. The higher the grade, the more white, and in some cases only a tiny patch containing only a few coloured hairs may be present.

Melanin is a complex polymer found in the hair, skin and eyes that is responsible for determining your cat’s coat and eye colour. Its role is to protect the skin and eyes from UV radiation.

The amount of melanin in the iris determines the colour of the eye. Cats with blue irises have the least amount of melanin, and brown-eyed cats have the most. All kittens are born with blue eyes, but for those whose eyes change colour, melanocytes begin to produce melanin in the eye from 6-7 weeks of age when light hitting the eyes triggers this event. As melanin concentration builds up, the eyes change colour. For cats who are epistatic white or cats with the white spotting gene, melanin is prevented from forming in the iris.

Complete heterochromia: One eye is blue; the other eye is a different colour (green, yellow, copper).

Sectoral heterochromia: Two colours are present in one eye, with one portion being blue, and the other darker colour. 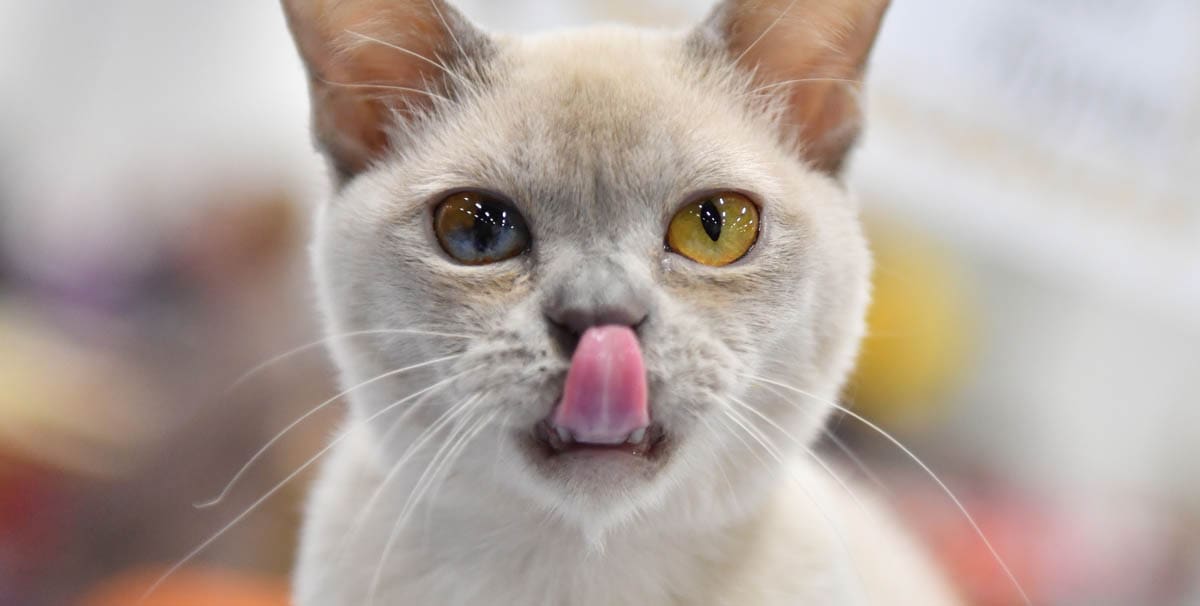 Central heterochromia: Two colours are present in the iris, a central colour that surrounds the pupil and a different colour on the outside portion of the iris. 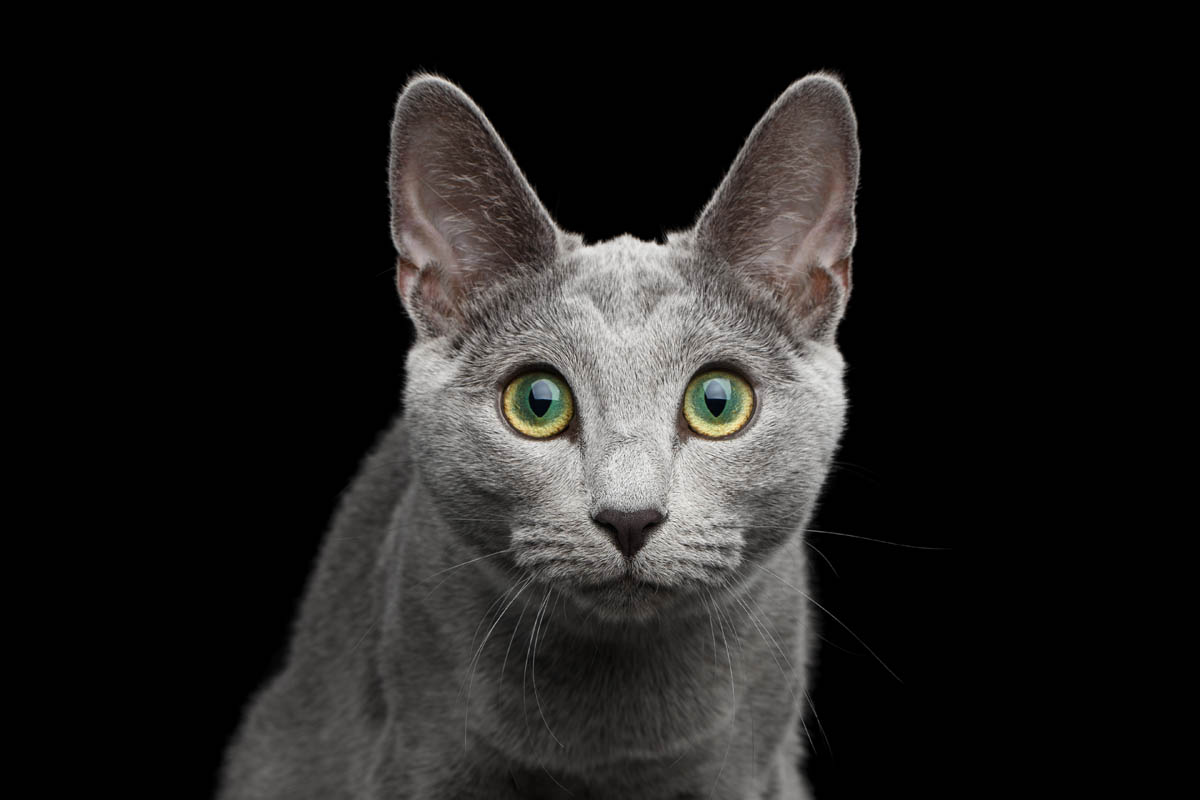 David Bowie had one eye darker than the other. Many believe he had heterochromia; however, his different eyes are due to a condition called anisocoria. 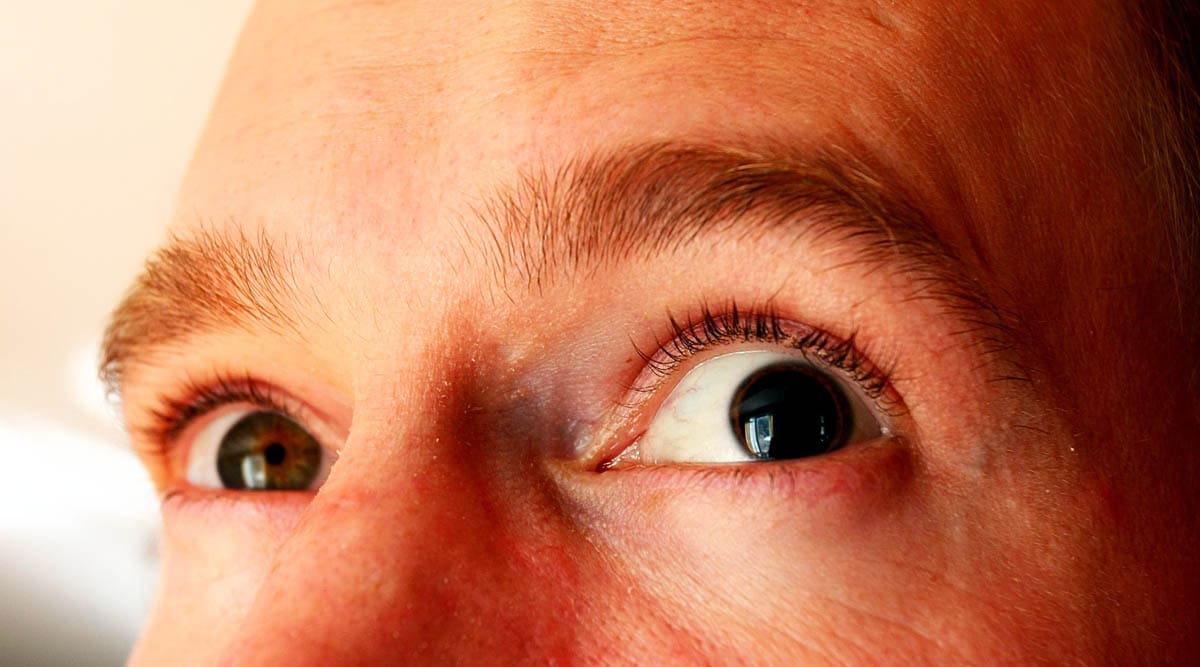 Anisocoria occurs when one of the pupils remains permanently dilated (large). David Bowie’s condition was caused by a fight he had with a friend as a teenager. The fixed pupil gave him the appearance of one blue eye and one darker coloured eye.

Cat breeds who may have odd eyes

Before I finish this article, I would like to include dark spots which can sometimes appear in a cat’s eyes, which are known as iris freckles, iris hyperpigmentation or iris melanosis. These spots are similar to moles that people get. Always check brown spots with your veterinarian as in some cases they can become cancerous over time or more commonly, lead to glaucoma. 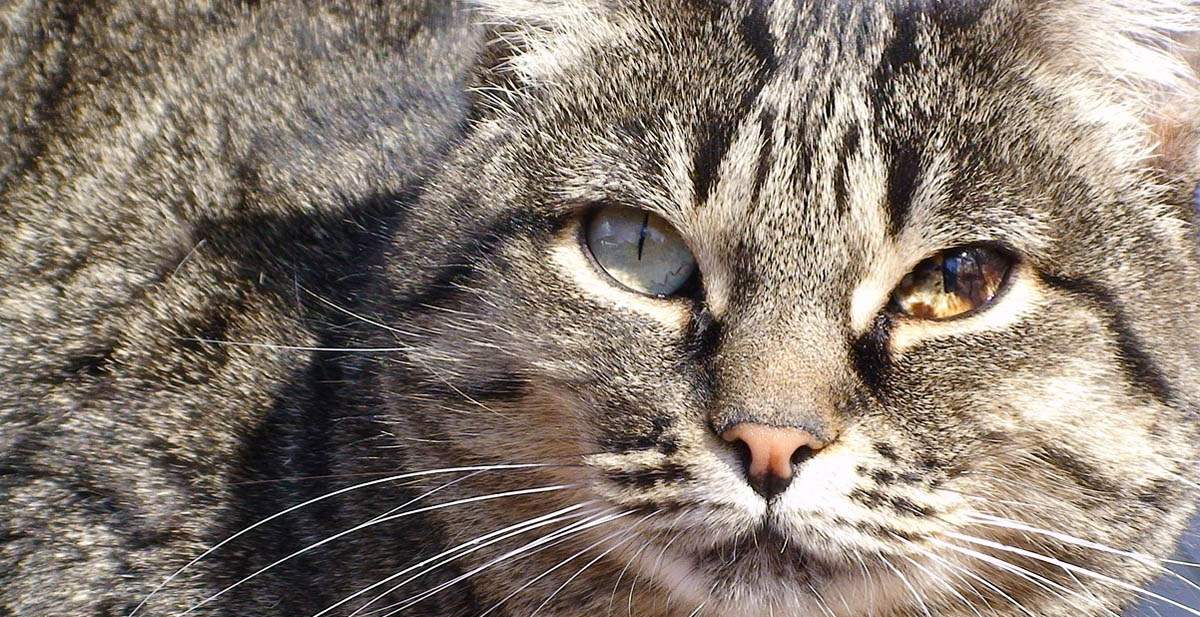 How rare is heterochromia?

There is no data on the prevalence of heterochromia in cats, and while it is the least common of the eye colours (most cats will have both eyes the same colour), it is not unheard of. Heterochromia can be found in both purebred and mixed breed cats.

Are odd-eyed cats deaf in one or both ears?

As the white masking gene is responsible for the heterochromia in the majority of cats, most odd-eyed cats are not deaf in one or both ears. However, it is possible for epistatic white cats with one blue eye to also be deaf on that side too as this particular gene can cause degeneration of the inner ear.

How much does an odd-eyed cat cost?

An odd-eyed cat will usually cost the same as a cat with two eyes the same colour. Domestic shorthairs or longhairs can cost between $100 – $350, while purebred cats start from $800.

Is having heterochromia bad?

No, heterochromia is not bad for the cat, although as we have already mentioned, some cats will be deaf on the same side as the blue eye. This will not have an impact on the cat’s quality of life or wellbeing.