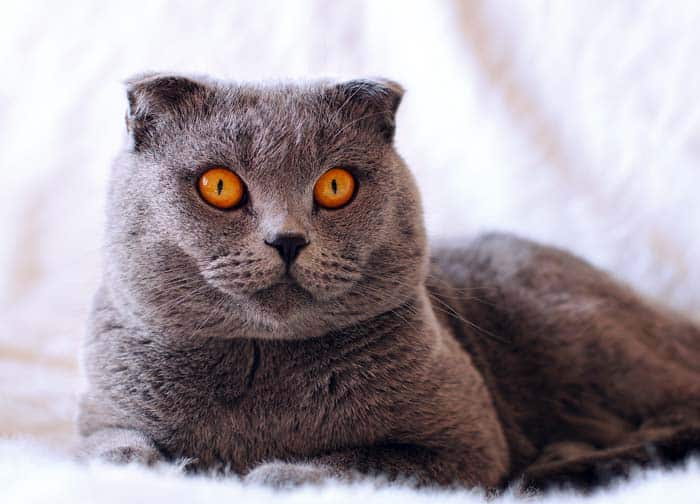 Scottish Fold at a glance

Table of Contents hide
1 Scottish Fold at a glance
2 About
3 What is a Scottish Fold?
4 History
5 Effects of the Scottish Fold gene on the body
6 Appearance
7 Temperament
8 Health
9 Suitable for 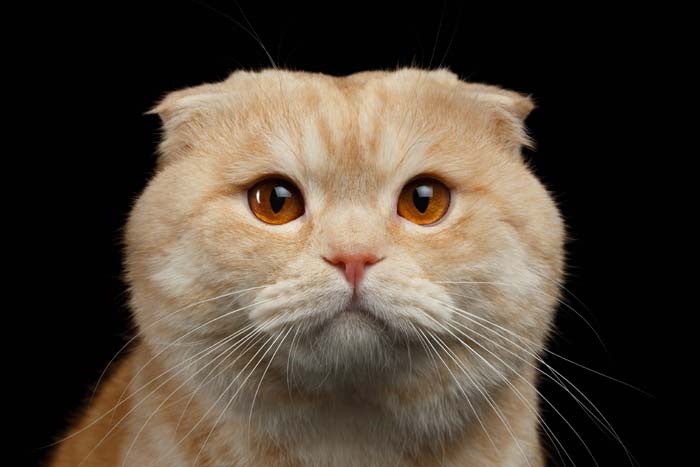 A naturally occurring breed which originated in Scotland; the most recognised feature of the Scottish Fold is the curled down ears, which gives the breed a beautiful round face.

Scottish Folds are a friendly, gentle and sweet breed who like nothing more than being close to their human companions.

The Scottish Fold is a somewhat controversial breed of cat with many veterinarians calling for the breed to be banned due to concerns over the health of the breed.

Pat Turner, a London based breeder, visited the Ross’s, returning home with a male called Snowdrift. She began an experimental breeding programme with the breed. Patricia convinced the Ross’s to change the name to Fold.

Three of Snowdrift’s descendants arrived in the United States in the early 1970s, and the breed received championship status with the CFA in 1978. However, some registering bodies no longer/refuse to accept Scottish Folds due to the effects the fold gene has on the breed (see below).

Effects of the Scottish Fold gene on the body 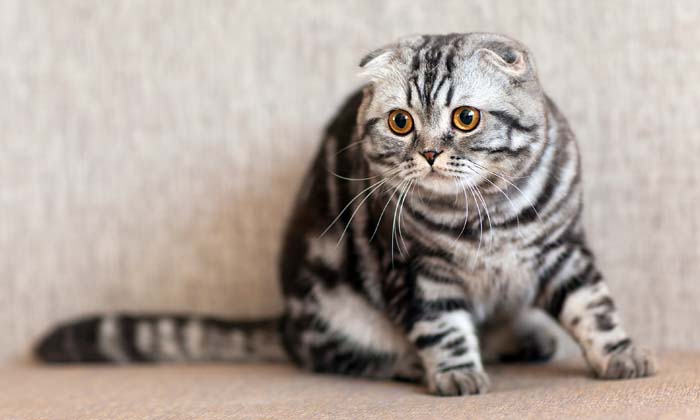 The ears are in the normal pricked position at birth but start to bend forward around four weeks of age. The gene responsible for the ears is known as the Fd which causes the cartilage of the ear to fold forwards. The Fd is a dominant gene with incomplete penetrance. Offspring only need one copy of the gene to inherit the trait. The heterozygous Scottish fold will have one copy of the Fd and one copy of the non-fd gene, i.e., Fdfd.

Unfortunately, the gene responsible for the folded ears also has an impact on the skeletal system. Osteodystrophy or osteochondrodysplasia is a  condition which affects cartilage throughout the body, including bone lesions, thickening of the tail, bones in the hind legs becoming thickened and arthritic, resulting in pain and discomfort.

Scottish Folds should never be allowed to mate together as the offspring will be homozygous (i.e., have two sets of the Fd gene, making it double-strength, so to speak). This results in debilitating skeletal deformities. Permitted outcrosses are the British Shorthair and American Shorthair. Kittens may have folded ears or straight. The straight eared offspring are known as Scottish Straight.

The head is well rounded with prominent cheekbones, the eyes are round and expressive, and the nose is short, wide with a slight nose break.

The most prominent feature of the breed is the ears which are wide-set and point down and forwards, which gives the head and face a round appearance. This folding occurs in three levels, like an accordion:

The tighter the fold, the better.

The body is medium in size and compact, legs are medium in length and heavy-boned, and the paws are well rounded.

The coat of the Scottish Fold is short and dense. All coat colours are accepted. 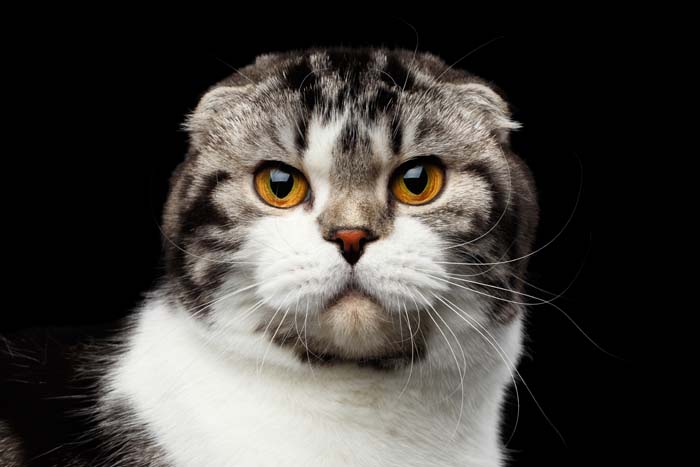 The Scottish Fold calm, well-adjusted, intelligent and affectionate breed of cat who get on with everyone. Although they are affectionate, they are not clingy or in your face like some other breeds.

If you are out of the house for long periods, consider adopting two cats to keep each other company. 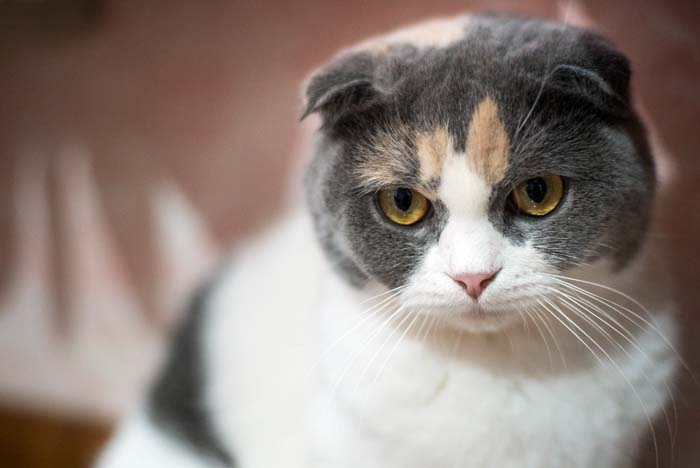 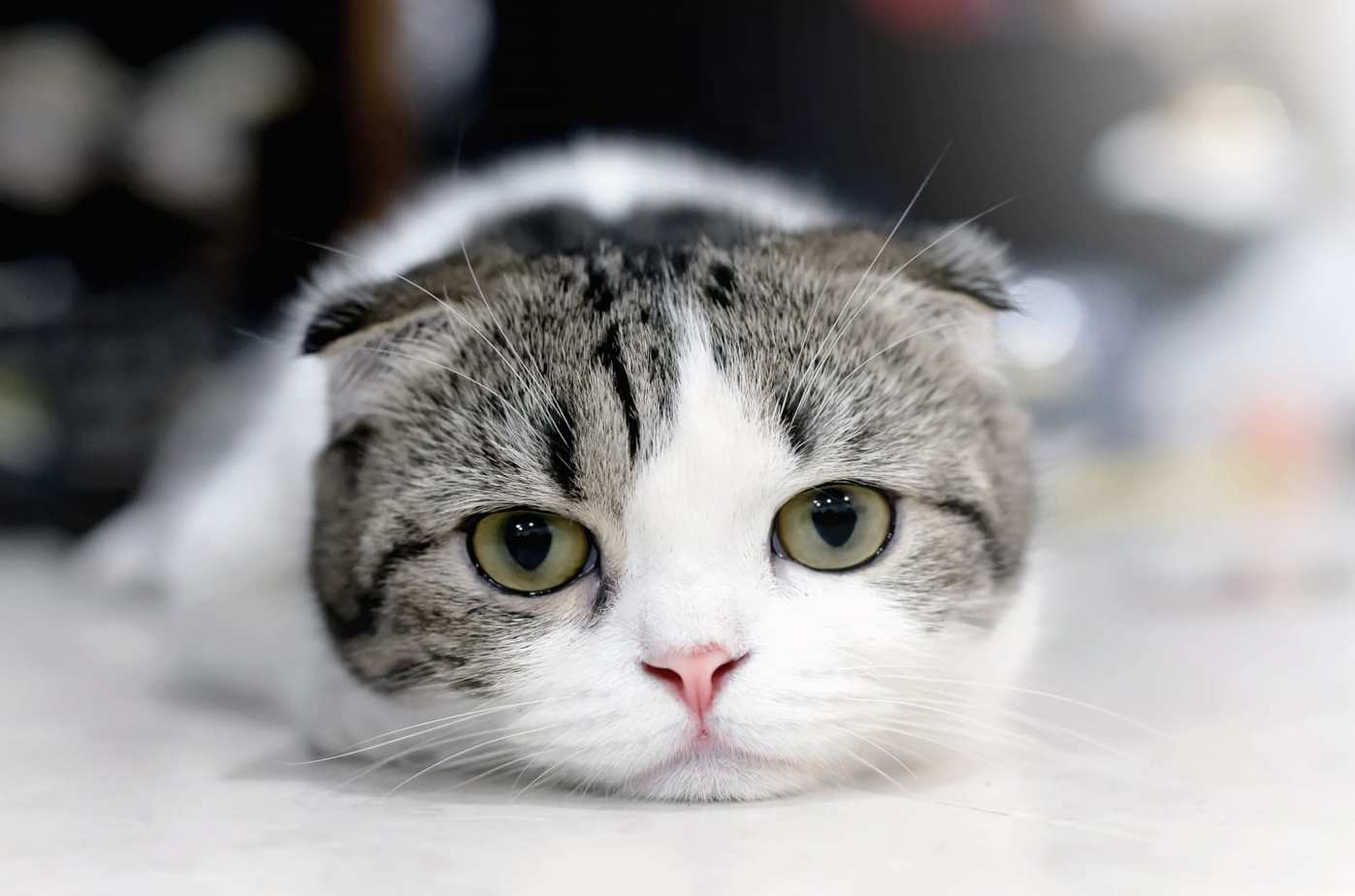 The Scottish fold makes a great family pet as they get along with children, cats, and dogs.