The sense of smell (olfaction) is one of the most important cat senses, providing information on pheromones (females in heat, territorial marking), dangers (predators, fire, spoiled food), taste and appetite. While dogs get all the credit for their sense of smell, but cats deserve recognition too.

How does the sense of smell work? 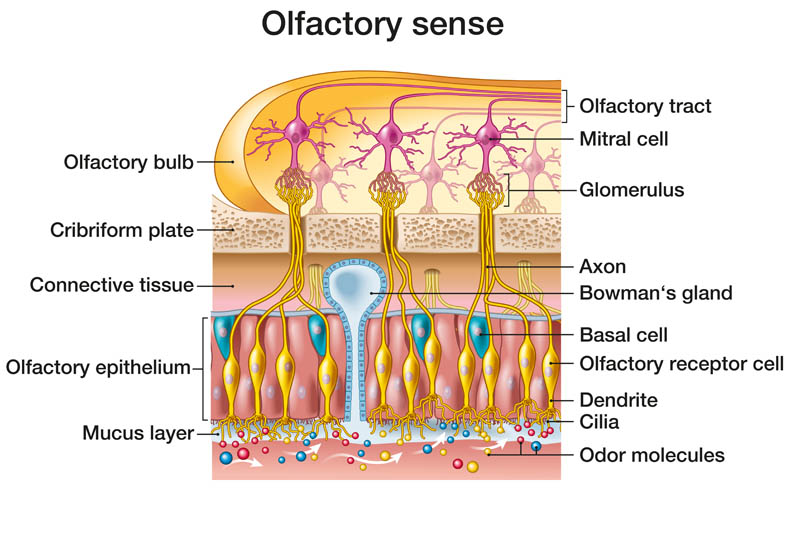 When a cat inhales, air travels to the olfactory area at the back of the mouth and the rest passes through the pharynx and into the lungs.

Jacobson’s organ (also known as the vomeronasal organ) is an accessory olfactory organ located between the roof of the mouth and the nose. The incisive papilla is a small bump located behind the cat’s incisors

Receptor cells connect the Jacobson’s organ to the region of the brain associated with feeding, social and sexual behaviours. It is believed that Jacobson’s organ is primarily used for analysing pheromones from other cats. Pet owners may notice that when their cat encounters a particular scent, he or she opens their mouth,  curls back their upper lip and inhales. This unusual reaction is known as the flehmen response which facilitates the transfer of pheromones and other scents into the Jacobson’s organ.

How does a cat’s sense of smell compare to humans and dogs?

Dogs are renowned for their sense of smell and humans have used this ability in a number of ways. Finding lost people to tracking drugs, and even detecting cancer, explosives, hypoglycemia (low blood sugar) and the onset of a seizure.

Cats may not have as good a sense of smell as dogs, but recent research suggests they may be better at discerning different smells compared to dogs. Vomeronasal type 1 receptors (V1R) are responsible for differentiating scents, humans have a mere two, dogs have nine and cats have 30.

Why is the sense of smell so important to cats?

Scent is vital to cats by providing a number of essential cues to find a mate, food, and detect danger.

Cats rub their heads and deposit pheromones as a way to mark them as their own. Pet owners may notice greasy marks on the sides of doorways where the cat has rubbed his or her tail, depositing pheromones.

The image below shows two examples of my own cats engaging in head rubbing. Melody on the left was rubbing her lips and cheeks against the brick wall, while Norman on the right was rubbing his temple against my forehead.

The female in heat releases sex pheromones from the cheek glands and in the urine which tells local tomcats that she is ready to mate. Cats (particularly male cats) spray on vertical surfaces to mark their territory.

The cat’s sense of taste is closely tied to its sense of smell. Cats have approximately 470 taste buds compared to 9,000 in humans and 1,700 in dogs but their heightened sense of smell makes up for their poor taste.

Cats with a blocked nose lose their appetite due to the loss of smell. It is important for pet owners to unblock the nose, and offer foods with a strong smell to stimulate the appetite.

Cats are highly efficient predators and use their exceptional sense of hearing, vision in low light and their sense of smell to detect potential prey, or those cat treats in the back of the cupboard.

The cat’s sense of smell can warn it of potential dangers such as smoke, predators, unsafe food or even a local tomcat they would prefer to avoid.

Can cats smell their litterbox from a mile away?

Cats cannot smell their litterbox from a mile away. This is an Internet myth that is routinely rolled out when a cat goes missing. As well-meaning as people are, not only can a cat not smell its litter tray from that far away, but it may actually put the cat at risk by attracting predators to the area. 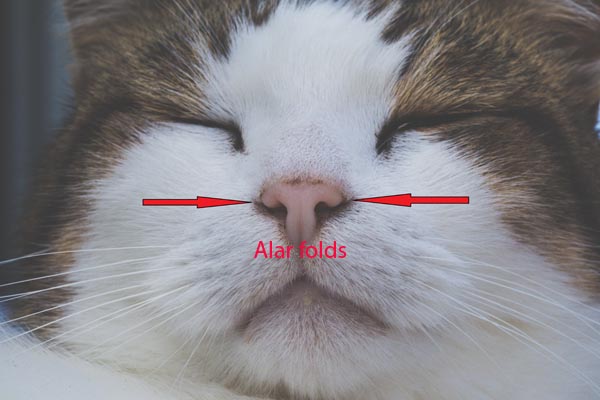 Respecting a cat’s sense of smell

Cat lovers must consider their cat’s finely tuned sense of smell in the home. Scented products that we find appealing can be overwhelming to cats. Avoid using litter which have had scents added as this has the potential to deter cats from using the litter tray. Remember, their sensitive nose is only inches away from the litter. Pay attention to dirty litter trays too, nobody likes a dirty toilet, especially cats. Scoop out solids twice a day and empty and replace with fresh litter once a week.

Cats dislike the smell of strong scents such as cleaning products, air fresheners, essential oils and scented cat litter. Citrus is a big no-no for cats which can be useful when deterring cats from garden beds. Cats may tolerate dirty food and water bowls, but both will pick up unpleasant smells from food residue left behind. Wash bowls daily in warm soapy water and rinse well.

Cats like the smell of strong-smelling food such as tuna, which can be used to encourage an anorectic cat to eat. Catnip, valerian root, tartarian honeysuckle and cat thyme are common plants most cats love the smell of.

Some cats also love the smell of dirty human clothes. Monty and Calvin were both caught chewing and rubbing on the pile of dirty clothes on the floor.