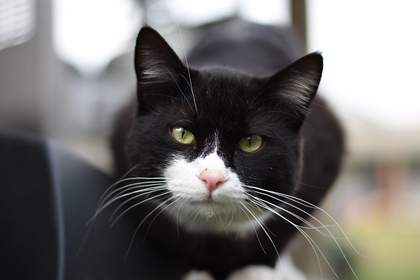 Also known as pyoderma (which stands for pus in the skin) skin infections are relatively uncommon in cats.  Most are secondary, which means they are caused by an underlying disorder. Anything that affects the integrity of the skin has the potential to lead to a skin infection.  Most often this is caused by trauma (such as a bite or scratch), self-mutilation (over grooming but more often than not, damage due to biting or scratching itchy skin due to an allergic reaction, hypersensitivity, parasites), endocrine disorders and poor immunity.

Pyoderma can affect the superficial or deeper layers of the skin. Staphylococcus pseudointermedius is the most common of bacteria to cause pyoderma in cats, other bacteria include Pasteurella multocida.

Shorthaired cats are more prone to developing skin infections, however, there is no age or sex predilection.

Anything that irritates the skin can potentially lead to pyoderma. Common causes include:

Symptoms can vary between superficial and deep pyoderma. Also, the underlying cause will play a factor in how symptoms present. The symptoms below relate to skin infection only. Onset may be acute or slow to progress.

Your veterinarian will perform a complete physical examination of your cat and obtain a medical history from you, including accompanying symptoms you have noticed. He may be able to make a tentative diagnosis based on presenting symptoms alone.

Cytology – Examination of cells from a pustule under a microscope. This can help to identify the infectious organism, which may be bacterial or fungal.

Skin scrapings – To check for the presence of mites.

Fungal culture – To look for ringworm.

Hypoallergenic food trial – If a food allergy is suspected, your cat will be placed on a special diet see if the allergy clears up, if it does, he will then be put back on his normal diet to see if symptoms return.

Skin prick tests – A number of pricks are made in the skin containing allergens to common substances, the skin is then evaluated for a reaction to one or more of the allergens to identify possible allergies.

Endocrine tests – To evaluate for hypothyroidism or Cushing’s syndrome.

The goal of treatment is to treat the underlying cause as well as the skin infection itself.