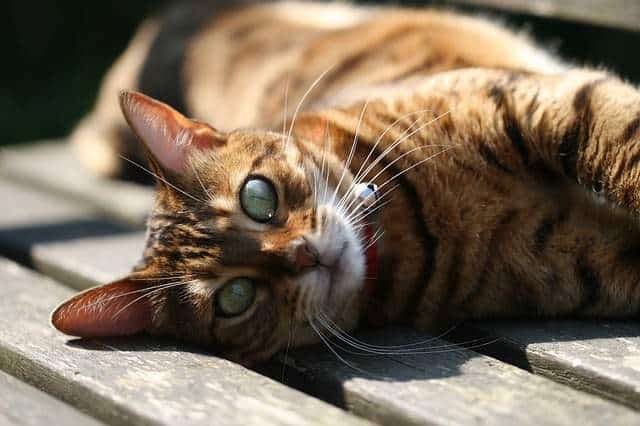 One of the most recognisable of all breeds, the Siamese is known for its stunning blue eyes, ivory coat with dark points and its dog-like personality. Siamese cats will often bond with one person in the household and are almost dog-like in their devotion.

This is a breed who loves to have a conversation with anybody who will listen, they have a distinctive deep-raspy voice that is unique to the breed.

A domestic cat with a wild look, the stunning Bengal cat is a  hybridization of domestic cats and Asian Leopard Cats (a small wild cat).

Bengals are active, talkative, playful and many have a love of water. They get along well with pets and children, but pet owners must be aware this is a very high-energy breed of cat. The Bengal has a distinctive and somewhat loud meow which often has a chirp-like sound.

Also known as the Foreign Shorthair, the Oriental cat is a man-made breed which was created to produce Siamese type cats with different coat colours and patterns. This was achieved by crossing Siamese cats with the Russian Blue, Abyssinian and domestic shorthairs.

While the Oriental has similar traits to the Siamese, they are generally less intense. Orientals still form a close bond with their human family, and may even have a favourite human, however, they are happy to spend time with other family members also. They can talk, especially when hungry, but their voice is softer than that of the Siamese.

I make no bones about the fact that the Burmese are my all time favourite cat breed. They make a great companion for almost any household. With a sweet disposition and a laid-back nature, the Burmese get along with just about anybody, from children to seniors and other household pets.

Burmese cats have a sweet voice, they will answer if you talk to them, but they aren’t demanding in the way other talkative breeds can be.

The largest of the domestic cat breeds, the Maine Coon is an imposing breed which originating from the United States. Maine Coons have a luxuriously long coat, ear furnishings, and powerful body. Despite its size, the Maine Coon is a gentle giant who is loyal and intelligent.

Maine Coons meow, just like other cats, but they love to trill and chirp when greeting their human family too. 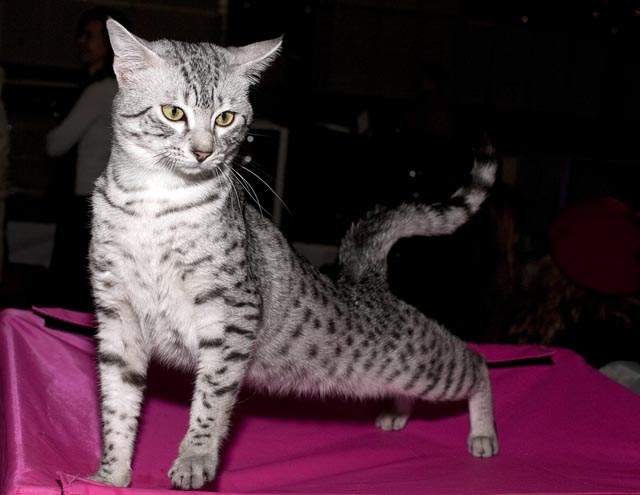 One of the oldest cat breeds, the Egyptian Mau is thought to have descended from the African Wildcat.

Egyptian Maus are intelligent, outgoing, playful, lively and active. They love human attention and do not like to be left alone for extended periods.

They are a talkative breed, but also communicate they are happy by wagging their tail.

The Balinese is a semi-longhaired Siamese which originated in the United States in the 1950s. Occasionally a long-haired Siamese would turn up in a litter of kittens but these were sold as pets. It is not known if the longhair gene was introduced to the breed at some point or if it occurred as a spontaneous mutation.

Balinese share many traits with their Siamese cousins, they are intelligent, loyal, playful, and love to talk. Their voice is softer than that of the Siamese.

The Himalayan is essentially a pointed Persian cat who has an easygoing and quiet nature. They are moderate to large in size with a beautiful long coat with darker points on the extremities.

Himalayans share the traits of both the Persian and the Siamese. They are intelligent, loyal and devoted. The Himalayan is more vocal than the Persian but not as talkative as the Siamese.

The Sphynx cat is an almost entirely hairless cat who originated from Toronto. The skin has a delightful chamois feel due to the presence of soft down hairs giving it a fuzzy peach appearance. The condition which causes hairlessness is known as hypotrichosis and aside from the lack of hair, causes no health issues.

Outgoing, friendly and loving, the Sphynx loves to be up high and is always on the go. They love to talk to their human family and will happily tell you about their day.