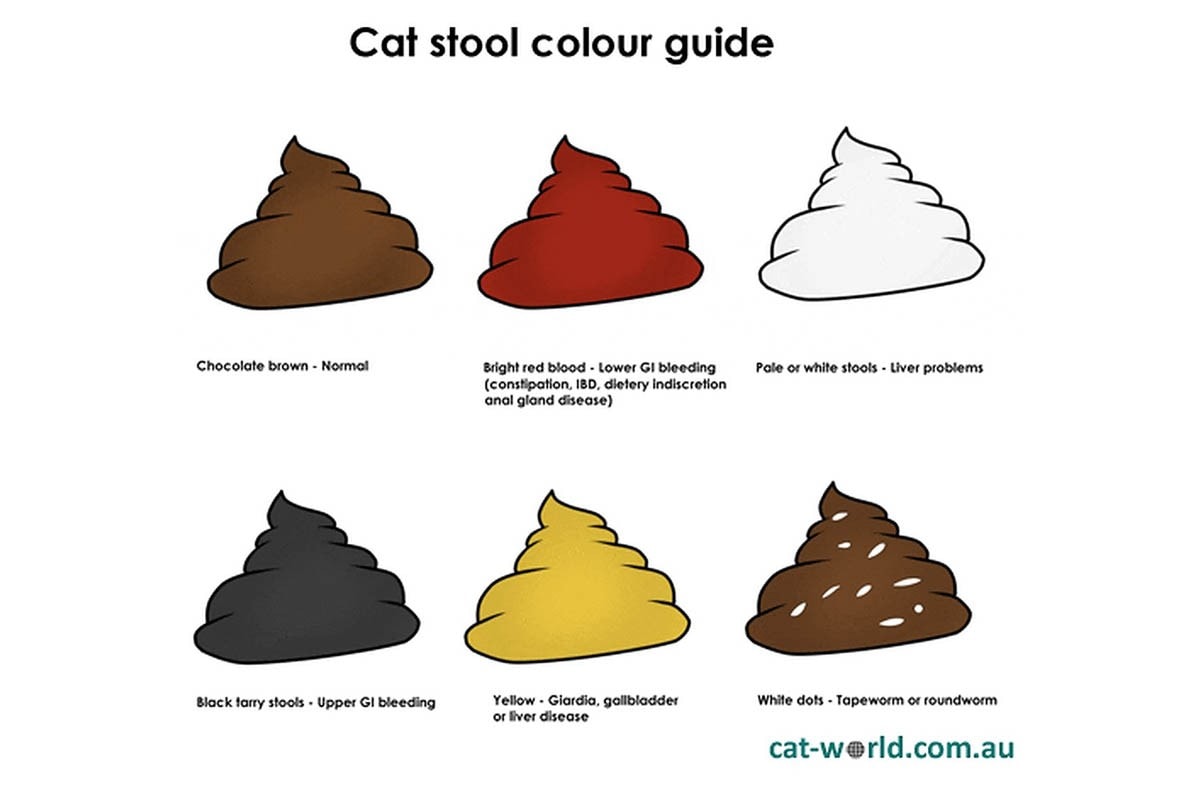 Diarrhea is a common symptom in cats. It may be acute (sudden onset), transient (coming and going) or chronic (long-lasting). Other symptoms may also be present depending on the underlying cause.

All stools are made up of approximately 75% water, hard, dry stools are due to a decrease in the amount of water in the stool. Stools may be difficult to pass or come out in pebble-sized pieces.

Blood in the stool

Blood may be within the stool making it look dark and tarry (melena), or may be found on the outside of the stool (hematochezia).

Feces that contain abnormally high amounts of fats or fatty by-products are known as steatorrhea.

This may either be a protozoal infection or problems with the liver, which makes bile salts, to aid in the digestion of food, the gallbladder, which stores bile salts. These salts are what gives stools their characteristic brown colour. A reduction or absence of bile salts will lead to pale coloured stools.

Parasites in the stool

This is a common problem for multi-cat households. Which cat has the runny, smelly, etc., feces? Add a few crayon shavings to your cat’s food. Now, this means that each cat will have a separate bowl with a different colour. So, Max has blue; Fluffy has red, Cleo has yellow etc. Make a note of which cat had what colour and keep an eye out for the presence of crayon shavings in the feces the next day.