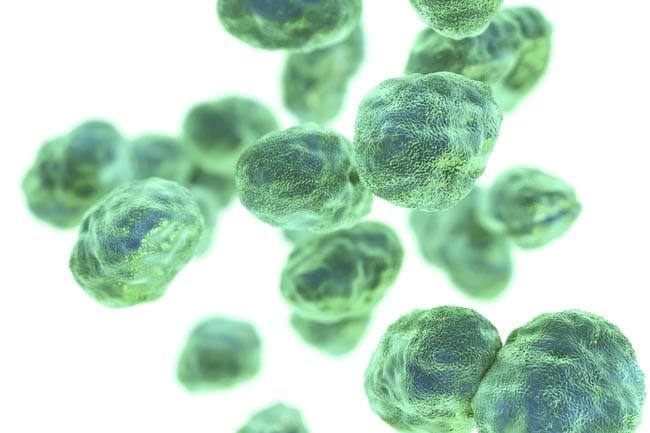 Also known as rabbit fever, tularemia is a rare bacterial infection caused by Francisella tularensis. It is of particular importance because it is a zoonotic disease, which means it can be it can spread to people. It also has the potential to be used as a biological weapon.

The bacteria can survive for long periods in the environment, particularly in warm, moist conditions. It is an intracellular bacteria, predominantly living within the macrophages (a type of white blood cell).

Table of Contents hide
1 About
2 Transmission
3 What does tularemia do to infected cats?
4 Symptoms
5 Diagnosis
6 Treatment
7 How do cats transmit tularemia to people?
8 Prevention

The disease can infect more than 100 species of mammal and is widespread through the rabbit, hare, and rodent population. Infection can also occur in birds, amphibians, fish, and reptiles. Cats (and humans) can pick up the disease in the following ways:

The bacteria can survive for weeks or months in the environment. In the United States, the most common tick vectors include the Lone Star Tick, American Dog Tick and the Rocky Mountain Wood Tick. Tularemia is most prevalent in the warmer months, between April and September. Kittens are usually sicker than healthy adults.

The disease occurs in the Northern Hemisphere which includes the United States, Europe, and Asia.

There are three strains of this bacteria. A, B and C.

What does tularemia do to infected cats?

The incubation period of tularemia is between 1-10 days. The severity of the disease varies according to the route of exposure and the strain. Some infected cats will remain subclinical. The most common first symptom to appear is a sudden onset high fever; other symptoms may include:

Also, symptoms can vary depending on the type of tularemia the cat has.

Your veterinarian will perform a physical examination of your cat and obtain a medical history from you.

Depending on local regulations, it may be mandatory to report tularemia to the appropriate authorities.

Antibiotics for 14 days and during this period your cat must be in isolation to avoid spreading the infection. Medical personnel and pet owners will need to take extra precautions while caring for a cat who has tularemia.

Supportive care such as fluids to treat dehydration and nutritional support.

How do cats transmit tularemia to people?

Transmission can occur by contact with respiratory secretions, bites, and scratches, infected cats can also indirectly pass on the disease via a tick, flea or mosquito.

At the moment there is no vaccine for tularemia; therefore prevention is better than cure.