What is a torbie cat?

Also known as a patched tabby, a torbie is a coat pattern made up of patches of red and brown tabby markings. The name is a combination of the terms tortoiseshell and tabby.

This unusual coat pattern is found almost exclusively in female cats which makes it sex-linked. Every kitten inherits one copy of each gene from both parents. The dominant orange gene is located on the X chromosome, females (XX) have two X chromosomes and males (XY) only have one.

Below is a very simplistic explanation of possible outcomes between orange and non-orange tabby cats, there are other possible outcomes for example if each parent carries a copy of the melanin inhibitor gene, or non-agouti (non-tabby). But for simplicity sake, let’s assume both parents are tabby.

What breed is a torbie cat?

Torbie is a coat pattern and not a breed and is found in both random-bred cat populations as well as some breeds of purebred. The torbie pattern is permitted in the following breeds:

The torbie pattern is the least common of the tabby patterns, and not widespread in the cat community. On a personal note, I have seen almost all cat colours and patterns, but have never seen a torbie cat.

What is the difference between a torbie and a caliby? 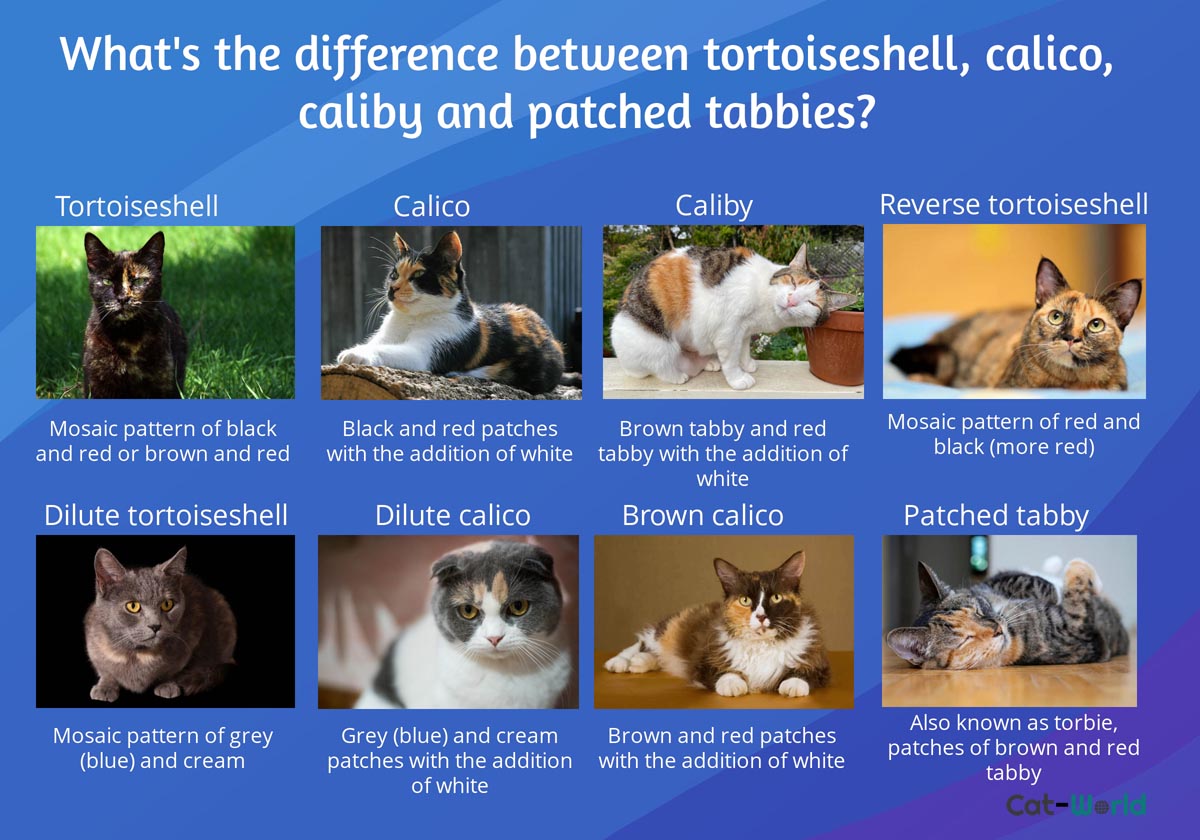