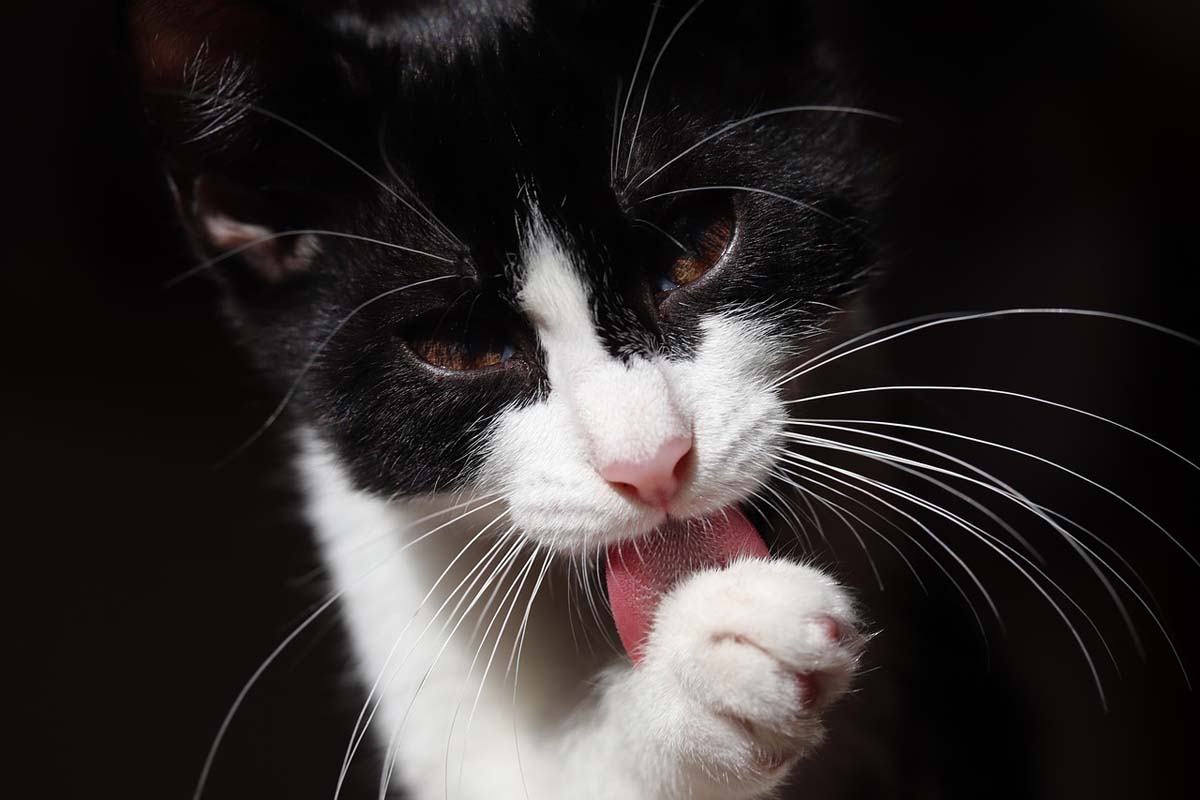 What is white spotting?

White spotting (WS) is the appearance of areas of white on a solid or tabby cat and occurs in both purebred and random-bred cats. The gene responsible is dominant, which means the cat only needs to inherit one copy for white spotting to occur.

The white spotting pattern is due to the insertion of feline endogenous retrovirus in the KIT gene. Anecdotal evidence suggests that are homozygous (ie: have two copies of the  WS gene) will display more white than heterozygous cats. A full 7125bp insertion results in white spotting while a partial insertion causes dominant white.

White spotting and white masking are both located on the KIT gene, the order of dominance is as follows:

Melanocytes (responsible for the pigment in skin and hair) are derived from the neural crest (the back of the embryo) and migrate along the dorsolateral pathway to the epidermis and epidermal hair follicles. The white spotting gene prevents the melanocytes from proliferating fast enough. In essence, dark coloured pigment cells are unable to spread as far as they do on other, non-piebald, creatures, in time to pigment the hair and skin, leaving areas of non-pigmented fur, typically the legs and underside of the cat.

Also known as bicolour, a piebald is a cat with white fur combined with another colour (tabby, solid, calico etc). The amount of white varies from cat to cat. All genes come in pairs, one inherited from the mother, and one from the father. Anecdotal evidence suggests that cats who inherit two copies of the white spotting gene will have more white than cats with one copy. 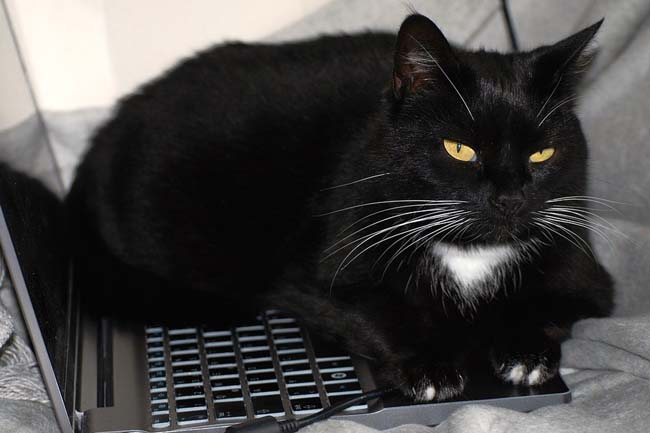 Less than 40% white. Cats with low-grade white spotting can range from almost entirely solid coloured to 40% white. Names are commonly used to describe the location such as mitted (paws), locked (chest) and tuxedo (black and white only) 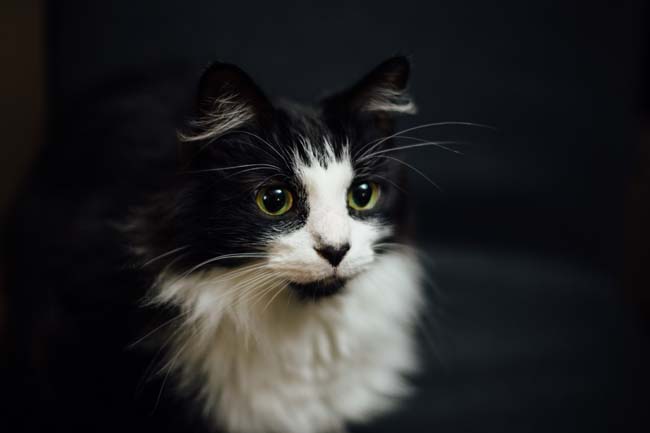 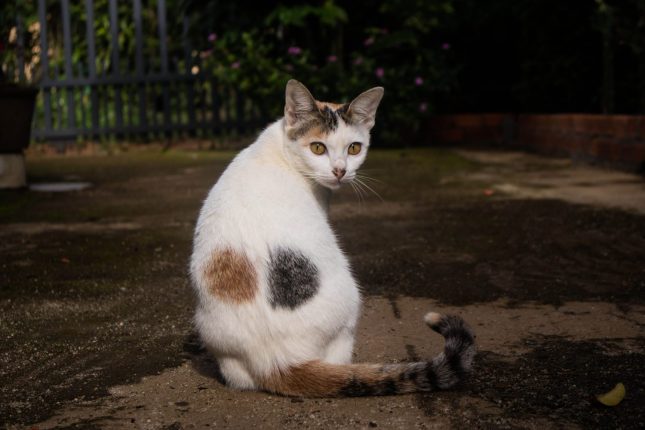 Names for coats with white spotting

Probably the most well-known of the white-spotted coats is the tuxedo, which as the name suggests, is a combination of black and white. But there are several additional white spotting colour combinations.

Bi-colour or piebald is generally a catchall term used to describe a cat with a tabby pattern or solid and white. It typically doesn’t describe the grade of white.

Locket: A mostly solid cat with a small amount of white ranging from a few hairs to a patch of white on the chest 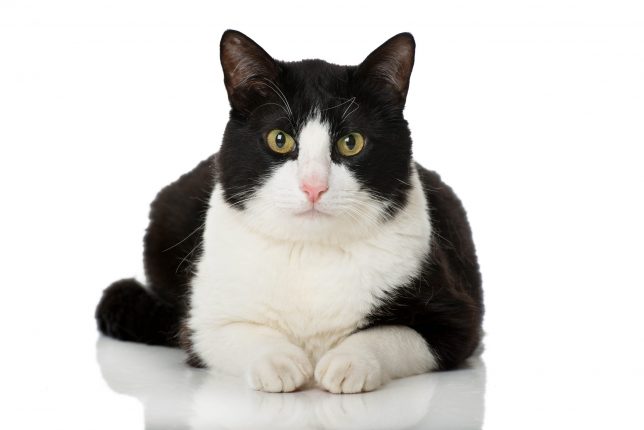 Harlequin: Predominantly white with splashes of another colour 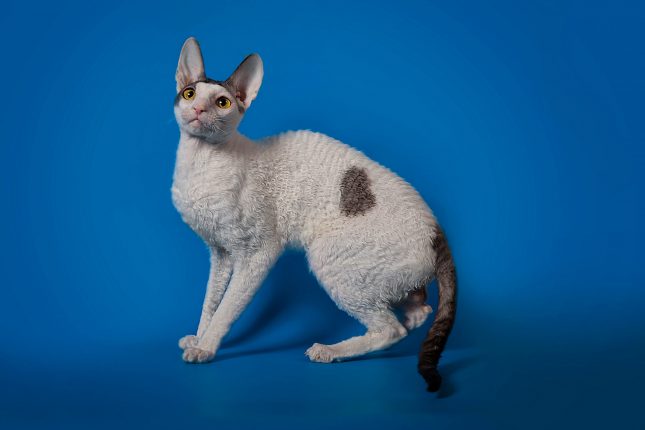 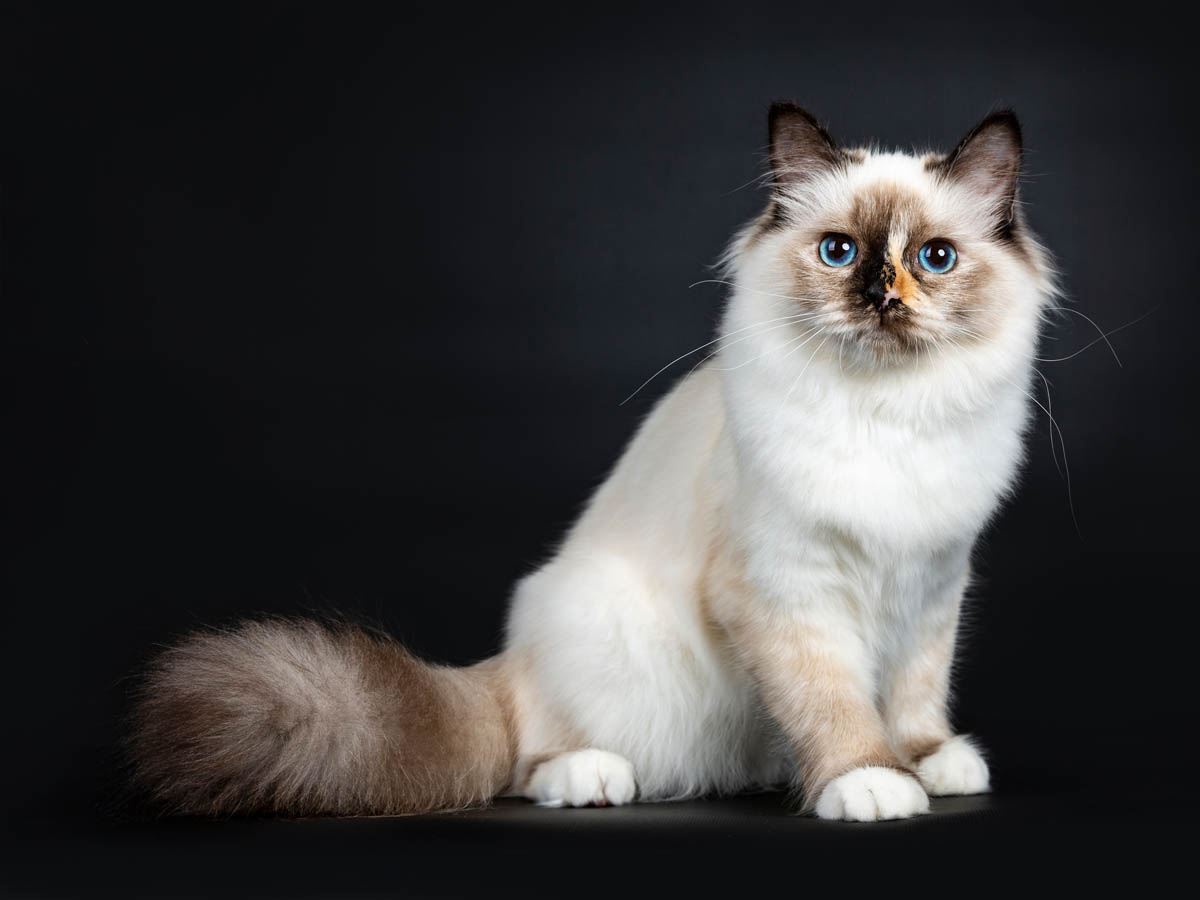 Calico: Patches of black and orange, or cream and grey and white 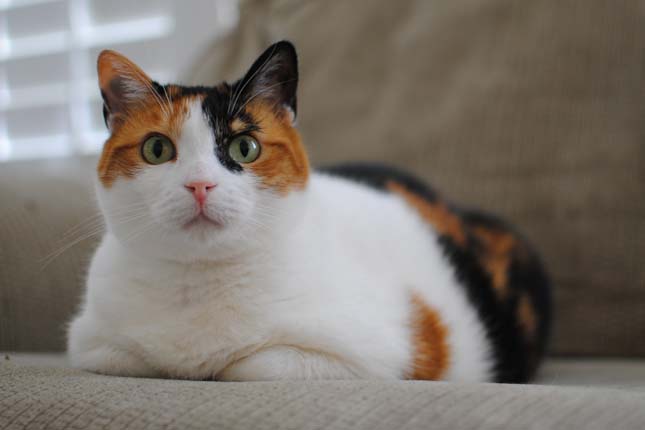 Caliby: Patches of orange and brown tabby, or cream and grey and white 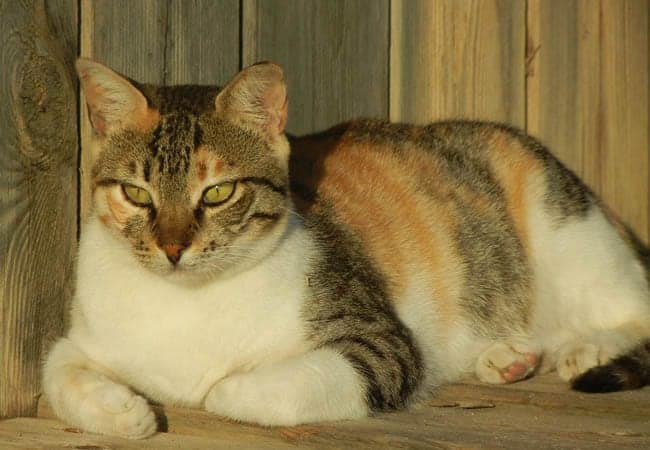 Van: White with colour on the head and tail 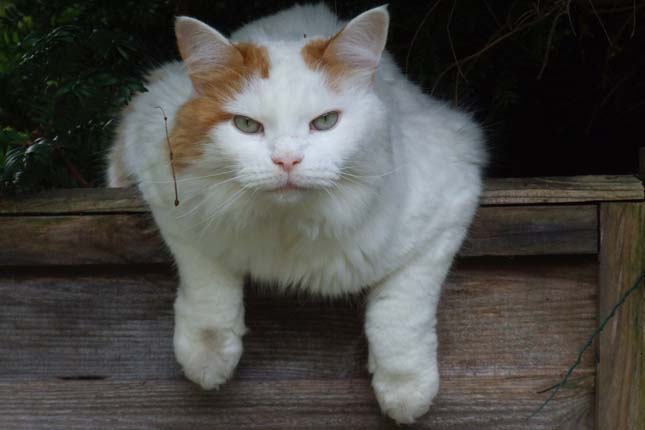 Breeds of cat with the white spotting gene

White spotting is widespread in both purebred and random-bred cats. Piebald (white spotting) is accepted in the following cat breeds: