Black cats have long been synonymous with bad luck, but why? Where did it all start? And are all black cats unlucky?

You might be surprised at where the superstitions about black cats originated, and how they are perpetuated today. In reality, there are just as many cultures that consider black cats good luck as there are that consider them bad luck. Like most things, it is a matter of perspective.

Here’s everything you ever wanted to know about black cats, and why you should go adopt one right now.

There are a lot of myths out there about black cats, so let’s start by taking a look at a few facts: 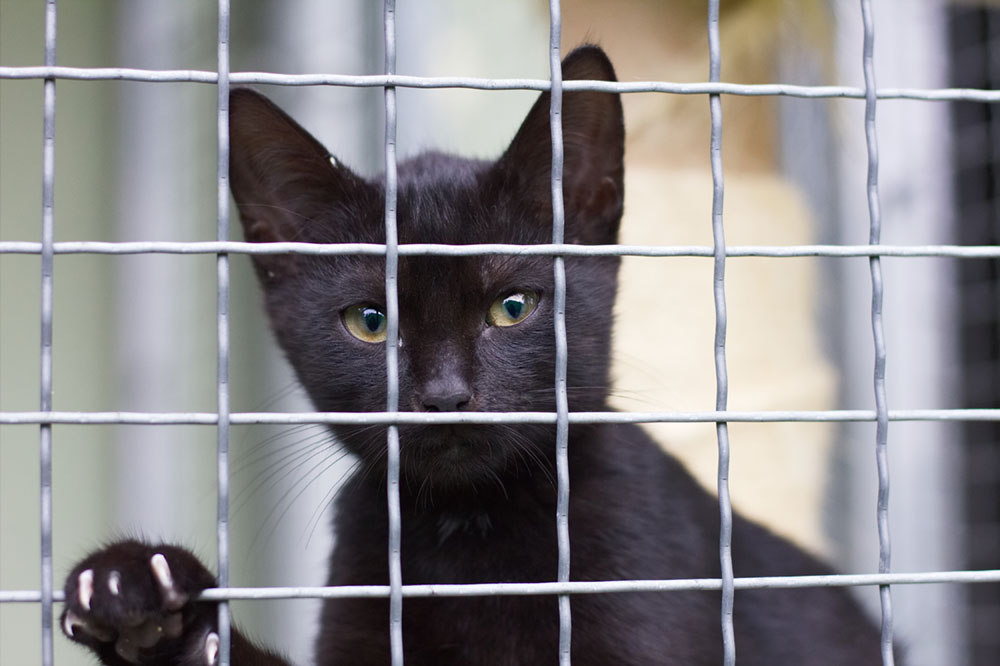 Cats throughout history: How did they gain a bad reputation?

Cats have played a major role in cultures throughout human history, long before such things were recorded. Bibliophiles laugh daily at memes showing a photo of an ancient text with actual cat prints traipsing across it with disregard. But how did black cats in particular come to be thought of as bad luck?

We may never understand where these superstitions truly originated from, but looking at how cats related to luck, occult, and culture throughout history can give us some clues to make an educated guess.

Black cats are prevalent in the mythology of almost every culture, and almost always as familiars or associated with gods of witchcraft. Although the term witchcraft had negative connotations later, in ancient times witches were not thought of as evil. Most of them were referred to as wise women and healers. Even when called witch, it was not necessarily a derogatory term.

Still, these associations were used in later times to justify their stance on black cats and witchcraft to support witch burnings and the abominable treatment of their pets.

Cats were symbols and messengers of the divine in Ancient Egypt, and black cats were in particular considered good familiars. The Egyptian deity Bastet, also called Bast, was the daughter of Re, the sun god, who took the form of a large, stately black cat. She had a rather ferocious nature, like many of the black cats we know and love.

The Egyptians considered all cats lucky, but black cats were in particular revered for their resemblance to Bast.

The goddess Hekate went by many names, but one of the most commonly known is Queen of the Witches. Hekate commonly uses all of the tools of the witch, and she is depicted with many of them throughout art across the Greek and Roman worlds. The familiar is no different, and in color renderings, the familiar with Hekate is frequently the black cat.

Theology hobbyists know that there are striking similarities between deities across cultures, so it should be no surprise that Freja too has a link to witches, familiars, and black cats. In fact, Freja’s chariot was pulled by two large black cats. While Freja had more in common with Diana of Hellenistic witchcraft fame, she also carried the title of goddess of the witches.

The Catholic church was amping up its war against heretics (particularly the Luciferians in Germany) when Pope Gregory IX issued the document “Vox in Rama.” The document, dated June 13, 1233, declared that black cats were the incarnation of Satan. This document was eventually used to instigate and perpetuate the witch burnings.

In times of plague – The Middle Ages

The Middle Ages was a very superstitious time. It was common for people to go into a church and pay for the priest to bless them and remove whatever curse they felt had been set upon them. Whether they broke a mirror or had a black cat cross their path, they were at the church’s door in a moment. Because this was a very regular source of income for the Church, priests likely encouraged this habit, thus further engraining black cat superstitions into society as a whole.

At the same time, the Bubonic plague was raging across Europe. Many people blamed the many black cats running the streets for spreading the plague. Unfortunately, killing the cats only made the plague spread faster because the cats had been keeping the rat population (the real culprit) at bay.

The Puritans brought many of their superstitions and strict way of life to their new continent, black cats included. This fanatic religious sect is also the one responsible for the Salem witch trials in the 1690s. Black cats were often treated as horribly – or worse – than the witches they had served.

What are some myths about black cats?

A black cat crossing your path is likely the most common myth about black cats, but there are actually many different ways that a black cat could be considered an omen of good or bad luck.

How do these superstitions impact real-life black cats?

Unfortunately, these silly superstitions are responsible for the suffering of many black cats. Only dogs are abused more frequently than cats, and black cats are more likely to be abused or maltreated. In short, black cats don’t have the same chance at a happy life that most other cats enjoy.

About 30% of the cats abandoned at animal shelters are black cats, but they are the least likely to be adopted. That means that more black cats are euthanized than other animals, often only due to overcrowding of the shelter. If you cannot keep your black cat, please find it a loving home instead of sending it to one of these shelters.

To decrease overcrowding, it is important that pet owners are responsible and have their cat spayed or neutered, especially if it is a black cat. Black is dominant, which means it only takes one black parent to produce black kittens. Since you know black cats can’t be easily adopted out, avoid producing them in the first place. You can have your black cat fixed as early as 5 months in most cases. 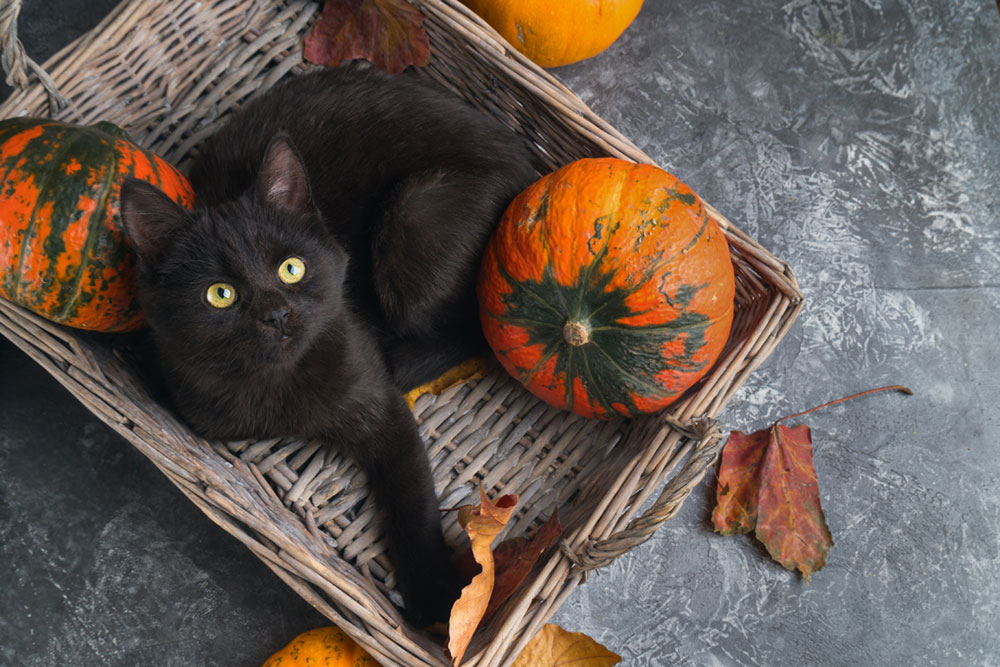 Studies have found that more black cats are adopted on and around Halloween than at any other time of the year. The problem with this is that these cats are being adopted for a similar reason as others buy puppies for Christmas presents. This is rarely a good reason to get a black cat, and you shouldn’t adopt one unless you can reasonably commit to being its companion for life.

At the same time, Halloween has always been a time for juvenile delinquents to cause mayhem, and black cats can be in danger. Make sure you keep your black cat indoors around the last week of October just to be sure you can keep them safe from harm.