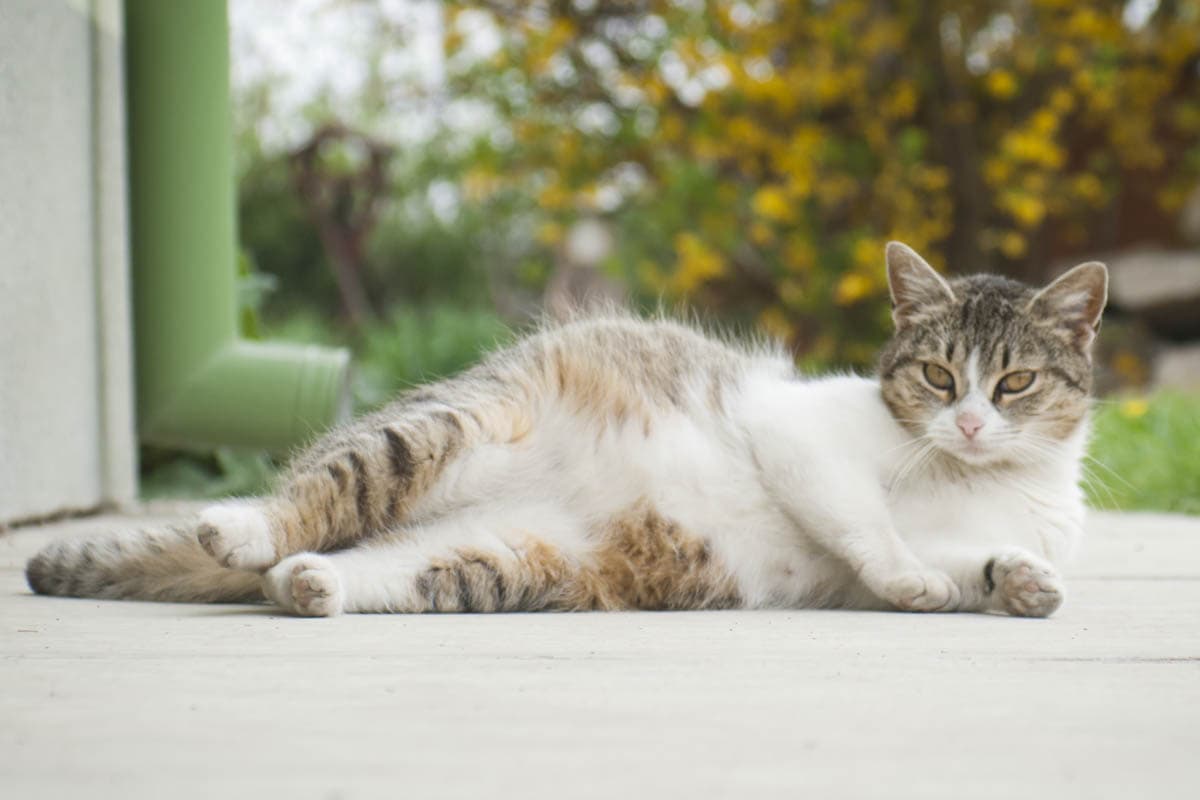 All cats should be on a regular worming schedule regardless of whether they are indoors only, indoor/outdoor, pregnant or lactating. Female cats can pass on common parasitic worms to their kittens both in-utero and through the milk during nursing which means it essential to ensure a regular worming regime is carried out both during pregnancy and lactation.

Tapeworms are transmitted via the bite of a flea carrying the infective tapeworm larvae. The infected flea is ingested when the cat grooms, and once inside the stomach, is broken down releasing the tapeworm larvae.

Transmission of roundworm occurs in several ways; this parasitic worm is very sneaky. Once ingested, most larval heartworms make their way to the small intestine. However, a small number may migrate to other tissues where they encyst and remain dormant. During pregnancy, these encysted roundworm larvae migrate to the mammary glands where they pass into kittens via the mother’s milk. Puppies can become infected with encysted roundworm larvae which can cross the placental barrier, but there is mixed opinion if this is possible in cats. I always think it is better to assume the worst, that it is possible and treat accordingly.

Transmission or hookworms occurs when the cat comes into contact with infective larvae in the environment which can penetrate the skin and migrate to the small intestine. Infection can also occur via direct ingestion.

Canine hookworms can infect kittens by crossing the placenta during pregnancy as well as encysted worms which migrate to the mammary glands during pregnancy. It is not known if these two modes of infection can occur in cats.

Signs of worms in cats


Sometimes you may see evidence of a worm infestation such as spaghetti-like worms in the vomit of cats infected with roundworm. Rice like segments around the anus and in the stool, or sesame seed-like eggs around areas your cat sleeps if your cat has a tapeworm. Symptoms of worms can include:

However a lot of the time there are no signs of worms.

An in-house diagnosis can be made by examining a fecal sample for the presence of worm eggs.


Ideally, a cat should be on monthly or tri-monthly worming preventative medication, unless your veterinarian has indicated otherwise. If you haven’t been worming your cat and she falls pregnant unexpectedly, you can still worm her, but it is important to be aware that not all worming products are safe for pregnant or lactating animals.

A veterinarian can advise on what products are safe to use on a pregnant cat.

The schedule is as follows:

As we previously discussed, encysted worm larvae can travel to the mammary glands and through the milk infecting nursing kittens, and it may be possible infection can also occur in-utero, so it is crucial that not only the mother be wormed but also her kittens. Worm kittens at the following intervals:

Only use products that are labelled safe to use on pregnant and nursing cats as well as kittens. Not all worming products will treat all types of worms.

The only active ingredient safe to use on kittens two weeks of age is Fenbendazole (Panacur or Safeguard).