American Curl at a glance

Panda vanished a few weeks after the Ruga’s took her in, but Shulamith remained. In December 1981, Shulamith gave birth to a litter of four kittens, two of whom had their mother’s curled back ears. The Rugas realised this was potentially a new breed and set about establishing a breeding programme.

Shulasmith and two of her kittens were exhibited at a Cat Fanciers Association show held at Palm Springs in California, in 1983 and proved to be a big hit. In 1985 TICA formally recognised this new breed and CFA accepted them in 1986.

The gene responsible for the curled back ears (Cu) is dominant, which means that only one copy of the gene is needed for the offspring to inherit the trait.  There are no known side effects of this gene. American Curl cats can still produce straight eared offspring which are known as “American Curl Straight Ear”.

The distinctive curled back ears are the most prominent feature on the American Curl. All kittens are born with straight ears; they begin to curl back into a tight “rosebud” around 3-5 days of age, until they gradually unfurl, permanently setting  around 16 weeks old.

The American Curl is a medium-sized cat, with a long, lean, rectangular-shaped body that is well proportioned.

The head is a modified wedge shape and is longer than it is wide. The ears curl out and back, exposing hairy tufts. They feel somewhat less flexible than other cat ears. The nose is straight, chin strong and have large, walnut-shaped eyes and prominent whisker pads.

The cat can come in short or semi-long hair and comes in all colours and patterns, there is virtually no undercoat, and the coat should feel soft and silky. 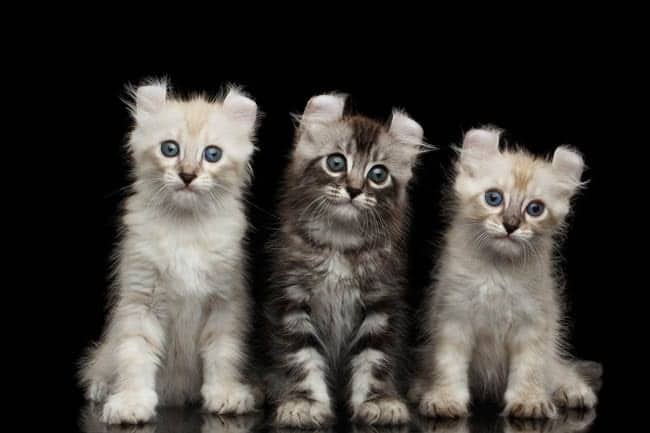 The American Curl is inquisitive, intelligent and loving. They like to be a part of everything you are doing.

Words used to describe the American Curl include even-tempered, adaptable, friendly, and curious.   They retain their kitten-like nature all their lives.

This is a breed which gets on well with children and other pets and makes an exceptional family pet.

The gene pool for the American Curl is large, and there are no health concerns with this breed. Their ears are more rigid than in other breeds, and caregivers must take care when handling them. 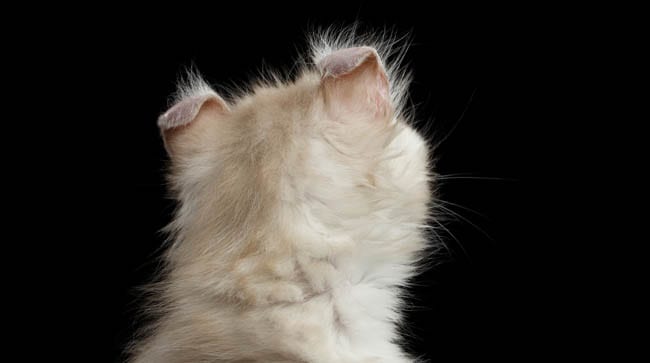