The pupil is the black slit/circular shape in the middle of the cat’s iris (the colored part of the eye). Pupils control the amount of light entering the eye by dilating (becoming large) and constricting (becoming small/slit-like). Cats’ eyes are somewhat unique in that their pupils are vertical – so when they constrict, there is a thin vertical line. A totally dilated pupil will appear to be round.

Both pupils should be equal in size, and when looked at with a bright light, they should both constrict quickly.

A rare condition first discovered in 1982 and caused by a dysfunction of the autonomic nervous system. This system controls parts of the body not consciously operated such as heartbeat, digestive system, and pupillary response. Young cats under three years old are most commonly affected. The cause is unknown, although some suggest that Clostridium botulinum (botulism) may be a cause.

There is no cure for this condition, and the goal of treatment is to manage symptoms which may include:

A tumor of the beta cells of the pancreas that produces excessive amounts of insulin, leading to low blood sugar (hypoglycemia) which causes neurological problems and weakness.

If possible, surgical removal of the tumor otherwise, medical management such as steroids to promote the formation of glucose and dietary management.

Brain tumors are an abnormal growth of cells that can be benign or malignant and account for 2.2% of all tumors in cats. They can be primary, originating in the brain or its membranes, or secondary, having originated elsewhere. Approximately 70% of brain tumors are primary. There are many types of brain tumors, depending on the cells involved. The most common type of brain tumor in cats is a meningioma, a benign tumor that arises from the meninges, which is the membrane that surrounds the brain and spinal cord.

Can vary on the type of brain tumor as well as its location within the brain, but may include: 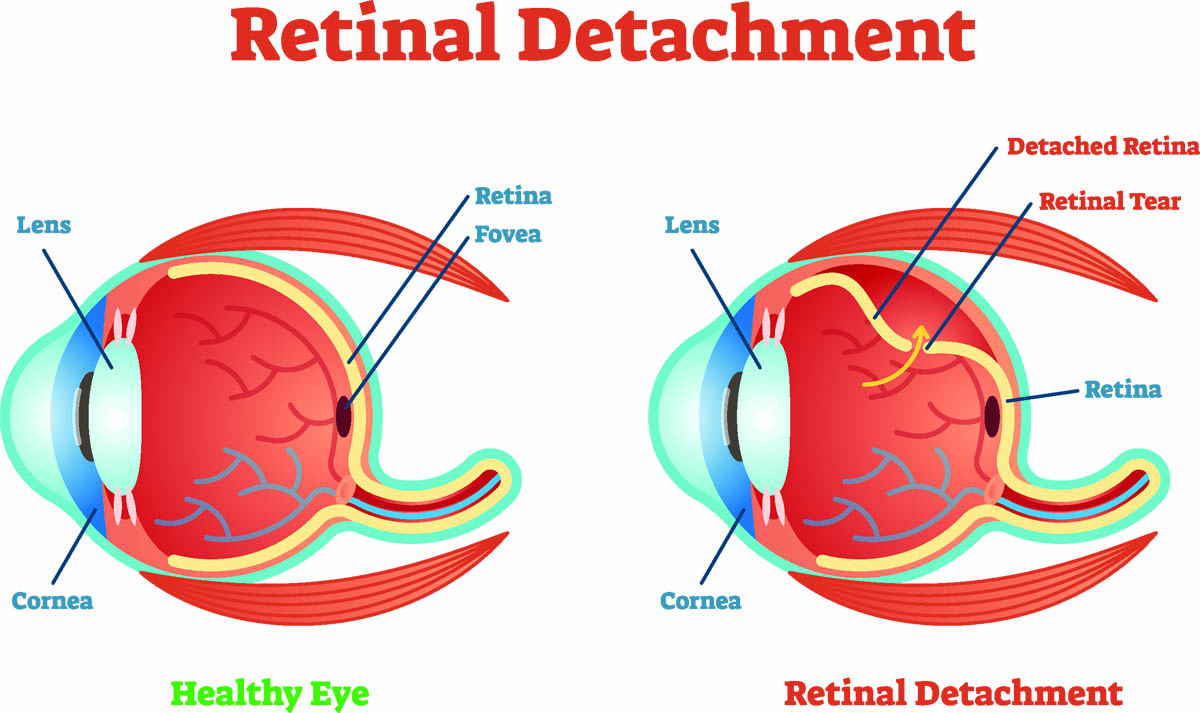 Retinal detachment (RD) is a common, serious and sight-threatening disorder that occurs when the retina (a thin, transparent layer of light-sensitive tissue that lines the rear of the eye) detaches from the underlying retinal pigment epithelium layer. High blood pressure is the most common cause of retinal detachment, and hyperthyroidism (a benign tumor of the thyroid gland) is a leading cause of high blood pressure. Kidney disease (the kidneys regulate blood pressure by releasing the enzyme renin, which constricts/tightens blood vessels) interferes with this enzyme, thereby increasing blood pressure.

Hyperviscosity syndrome (HVS) in which causes the blood to become thicker than usual due to increased proteins (hyperproteinemia). This is most often associated with multiple myeloma which can lead to ruptures in the small blood vessels behind the retina.

The goal of treatment is to address the underlying cause, which may include:

Any head trauma can potentially damage the brain and affect the autonomic nervous system, which as we noted above, is responsible for specific functions the cat has no direct control over such as heartbeat, digestive system, and pupillary response. A fall from a height, trauma from a car accident or an intentional hit to the head can all potentially cause injury to the brain.

Treatment depends on the severity of the trauma. Many cases will require hospitalization and supportive care, including fluid therapy, oxygen therapy, medications to control seizures and in some cases, surgery.

An increase of pressure within the eye (intraocular pressure) can damage the optic nerve, connecting the brain to the eye. The most common cause is a blockage to the drainage system within the eye, leading to a build-up of fluid, which may be due to inflammation or infection, trauma, displacement of the lens, cataract surgery or tumours.

Glaucoma is a sneaky disease and often has few signs until irreversible damage has occurred.

Acute or chronic kidney disease: Damage to kidneys cause a decrease in their ability to filter the blood and remove toxins (via the urine). Kidney disease affects blood calcium in two ways.

Milk fever: This condition occurs in female cats who are nursing kittens. Two to four weeks after queening, if the mother is not getting enough calcium in her diet and doesn’t have calcium reserves due to poor nutrition during her pregnancy, she can show signs of hypocalcemia.

The goal of treatment is to find and manage the underlying cause as well as treat symptoms of hypocalcemia.

Thiamine (B1) is a water-soluble vitamin that plays a vital role in many bodily functions including metabolising carbohydrates, maintaining a healthy heart and nervous system. Thiamine deficiency is rare in cats and is usually associated with those who eat a home-made diet that is either cooked in water or heat (both of which destroy thiamine) or a diet high in fish.

Venom is a form of poison secreted by several animals in defence or to kill their prey. Snakes, scorpions, spiders, and ticks are all common sources of venom toxicity in cats.

Venom affects several body systems, including the blood, nervous system and heart and symptoms can vary depending on the type and amount of venom

Where possible, administer antivenom which counteracts the effects of the venom. Intense supportive care is essential and may include oxygen therapy, intravenous fluids, anti-nausea medication and nutritional support.

Drugs or plants with anticholinergic effects are substances that block acetylcholine from binding to its receptors on certain nerve cells, inhibiting parasympathetic nerve impulses. These nerve impulses are part of the autonomic nervous system responsible for several functions not consciously controlled, which includes pupil dilation and constriction). Several prescription and over the counter drugs in the following classes have anticholinergic effects, which include:

Plants with anticholinergic properties include:

The antidote for anticholinergic toxicity is Physostigmine, which works by increasing extracellular levels of the neurotransmitter acetylcholine, which counteracts the effects of the anticholinergics.

Iris Atrophy: Iris atrophy can develop in older cats. This is an irreversible condition where the muscles of the iris shrivel and weaken. Since these muscles normally help with pupil size, the pupils may dilate and stay dilated. This is not painful and most cats manage quite well.

Your veterinarian will perform a complete physical examination and may need to perform some diagnostic tests to determine the cause.

He will carefully examine the eyes and obtain a medical history from you.

What if my cat has dilated pupils and appears disoriented?

Many of the causes of dilated pupils listed above show symptoms of both dilated pupils and unusual or disoriented behavior. It is important to try to determine the exact cause (such as a plant toxin) so that treatment can be directed directly to the cause. Your cat may move cautiously especially in bright light due to abnormal vision – think of how you squint and wear sunglasses after a visit to the ophthalmologist when your eyes are dilated.

Some of the causes of pupil dilation can also cause acute blindness (which may be irreversible). Your cat may be reacting to the sudden, complete loss of vision.

Any cat showing dilated, non-responsive pupils and unusual behavior should be examined at the veterinary clinic as soon as possible. The same is true for cats with anisocoria – pupils of different sizes.

What should you do?

If you notice your cat has dilated pupils, move him to a source of light, or shine a flashlight or penlight in the eyes to see if they constrict (go smaller). If there is no change, despite exposure to light, consult your veterinarian. If your cat is extremely stressed, angry or excited, it may take a minute or so for her to calm down and for her pupils to return to normal size. Once settled, recheck her pupils with a light.

If your cat shows dilated pupils and is behaving strangely (such as having trouble walking through the house), she should be seen by a veterinarian ASAP as she may be experiencing sudden blindness.