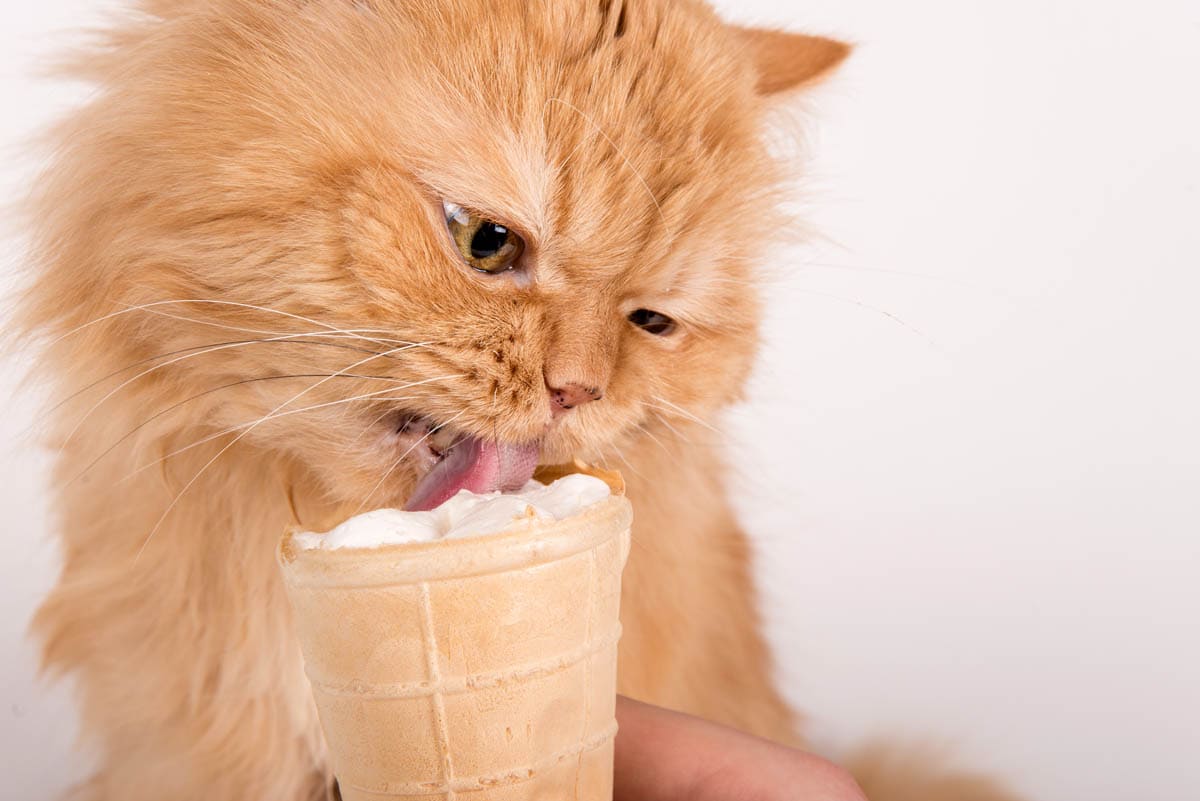 As most pet owners know, many human foods are potentially dangerous to cats. Does that include ice cream?

The answer depends, a lick or two of vanilla ice cream is not going to harm a cat. Other flavours have the potential to cause problems, especially ice cream which contains chocolate or raisins.

Once a kitten weans, the small intestine stops producing the enzyme lactase which is necessary for the break-down of lactose, the sugars in milk.

When a cat is who is no longer producing the enzyme lactase is given milk, instead of it being broken down into glucose and galactose and absorbed into the bloodstream, it passes through the small intestine into the colon where bacteria ferment it, producing acids and gas. It is this fermentation process that leads to the typical symptoms of lactose intolerance which include:

Ice cream contains empty calories, which can be counter-productive if the cat is already overweight.

Numerous videos of cats experiencing brain freeze (also called sphenopalatine ganglioneuralgia, ice cream headache or cold stimulus headache) can be found on the Internet. Brain freeze is a type of headache which occurs when the cat ingests a cold substance too quickly. The cold hits the back of the throat, which causes the internal carotid and anterior cerebral arteries located in the front of the brain to rapidly contract (shrink). The brain sends extra blood to the area, which causes the arteries to quickly dilate (widen). This triggers pain receptors in the meninges (the outer covering of the brain) where the two arteries meet.

While brain freeze is a temporary discomfort, it is not dangerous.

When not to feed a cat ice cream

A small amount of ice cream left in the bottom of a bowl or a lick from your finger or a teaspoon should not be an issue. Just don’t feed large amounts to avoid brain freeze and excess calories, and make it an occasional treat only. If symptoms of lactose intolerance develop, discontinue.

Cats are attracted to the taste of the cream, not the sweetness, as they have no sweet receptors. A compromise for cats who cannot tolerate the dairy in ice cream is lactose-free milk, or yoghurt, which contains less sugar and lower amounts of lactose and therefore is better tolerated.