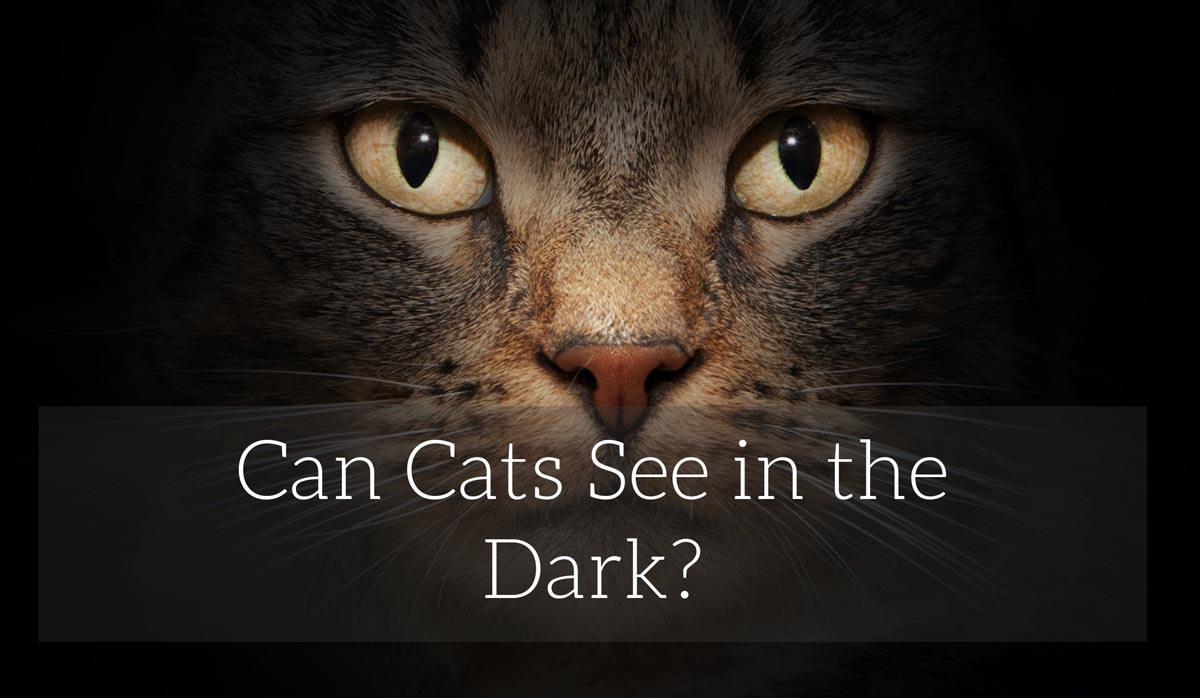 Can cats see in the dark?

Cats cannot see in complete darkness, but they do have superior night time vision compared to humans. A cat’s exceptional ability to see in low light is due to several features. Combined, these give the cat an advantage when it comes to night vision.

The retina is a thin layer of tissue that lines the back of the eye and contains photoreceptor cells known as rods and cones that turn the incoming light into electrical signals which are sent via the optic nerve to the brain which produces an image.


Rods assist with peripheral and night vision. Peripheral vision is the ability to see objects and movement outside of the direct line of vision.

Cones are responsible for the perception of colour and fine vision.  Cats have 25 rods to each cone compared to humans who have four rods to each cone which enables cats to see in one-eighth of the illumination humans need.

The pupils are the hole in the centre of the iris which allows light into the eye. Pupils constrict (narrow) or dilate (widen) in response to light. Cats have elliptical pupils which can narrow in bright light to reduce the amount of light entering the eye. Researchers at UC Davis, California, found cats experience a 135-fold change in pupil size compared to humans who only experience a 15 fold change.

The tapetum lucidum is a layer of reflective tissue which lies directly behind the retina and acts as a mirror to reflect light back through the retina. If the light misses a rod, it will reflect off the mirror layer of the tapetum lucidum and be bounced back, which provides the photoreceptor cells with a second opportunity for photon-photoreceptor stimulation, thereby enhancing visual sensitivity at low light levels.

The smaller number of cones means that a cat’s ability to see colour is limited and colours are less-saturated.

Cats are often said to be nearsighted, they can see objects close, but they don’t see in detail the way that humans do. Cones are responsible for fine detail as well as colours. Nearsightedness in humans (myopia) is a condition in which people lose their ability to focus on distance, and is a refractive error. Refractive errors occur due to the length of the eyeball (longer or shorter), changes in the shape of the cornea, or aging of the lens, which causes it to lose its ability to change shape as well as it used to (this is why many people need glasses in their late thirties).