Cats do have knees and ankles on their hindlegs. The knee is known as the stifle joint in quadruped animals. Stifle joints join three bones: the femur, patella, and tibia and are protected by the patella (kneecap). The patella is a small bone located at the front of the knee joint which protects the knee and connects the muscles in the front of the thigh to the tibia.

Cats are quadrupeds, which means they walk on all four limbs. At the rear are the hind (or rear) legs, and the front is the forelegs.

Related: Do cats have a chin?

Do cats have arms?

Because cats are quadrupeds, all four limbs are classified as legs. The forelegs have elbows and wrists, as well as bicep and tricep muscles which are clearly visible in the image below.

Instead of knees, the front legs have elbows. The image below shows the location of the knee and elbow joints which are circled in red. 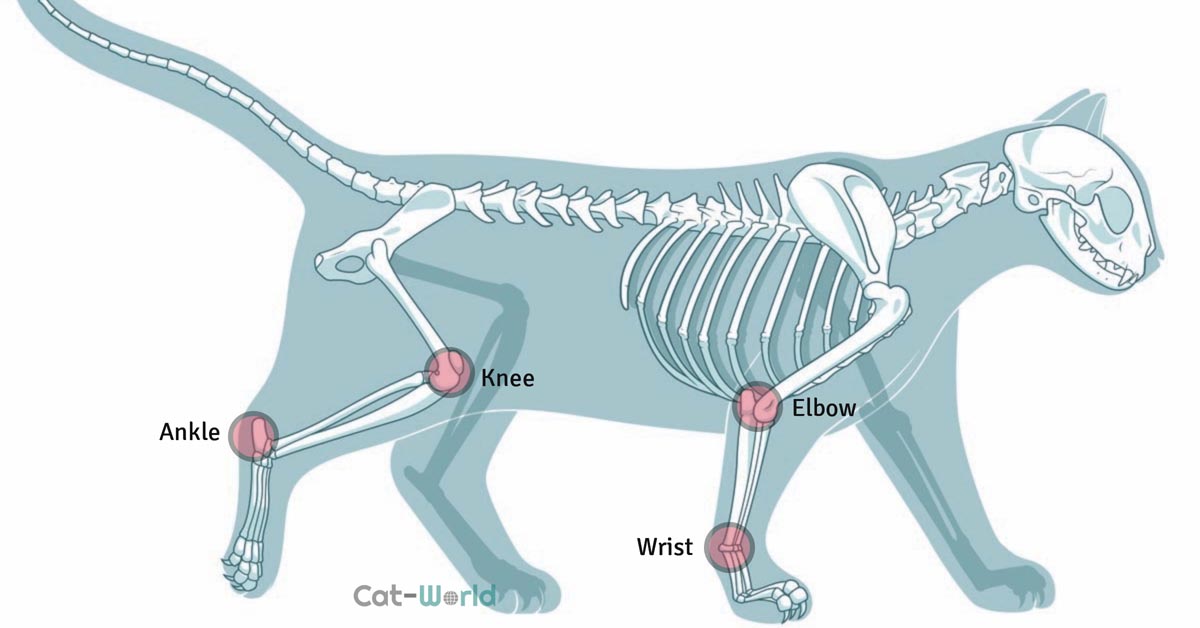 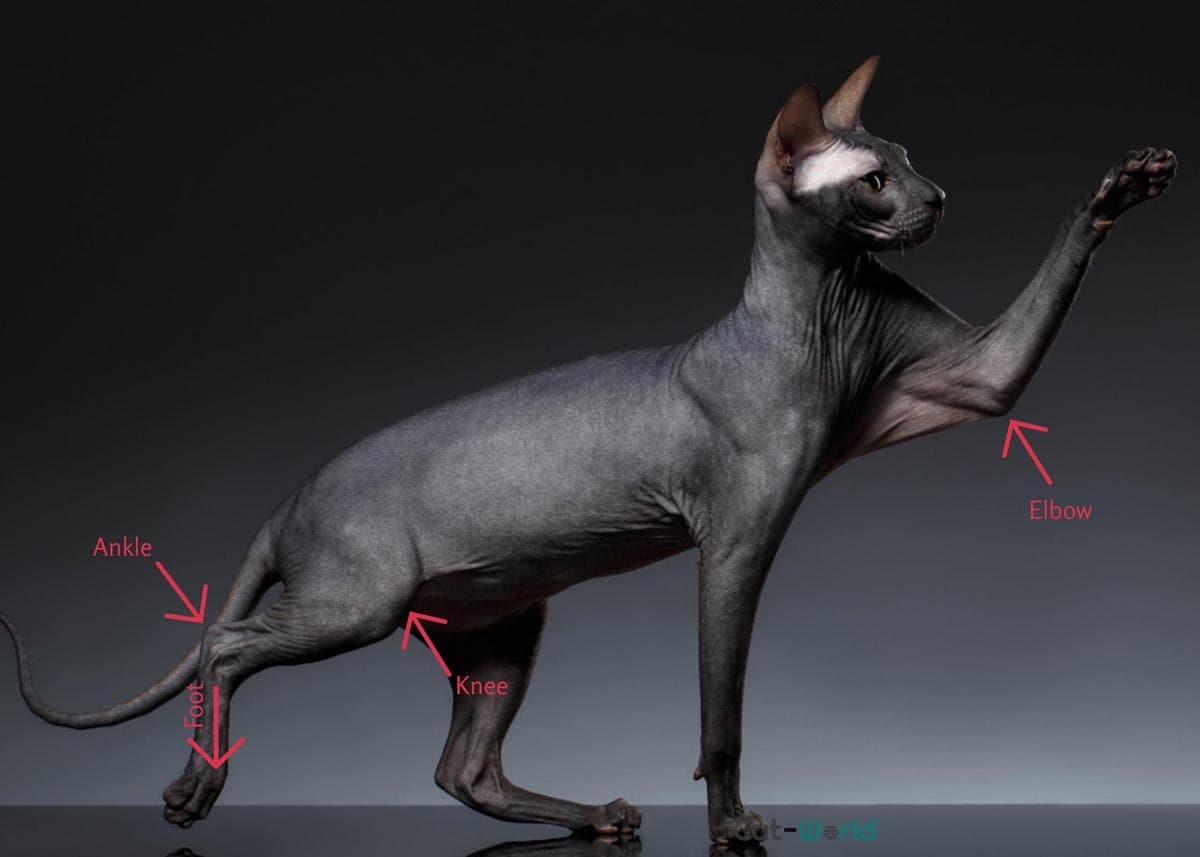 Disorders of the stifle joint

Stifle joint injuries are less common in cats than they are in dogs, and most are due to trauma such as vehicular trauma or a fall from a height. The most common stifle injuries include:

Other anatomical facts about cats

Why are cats so bendy? 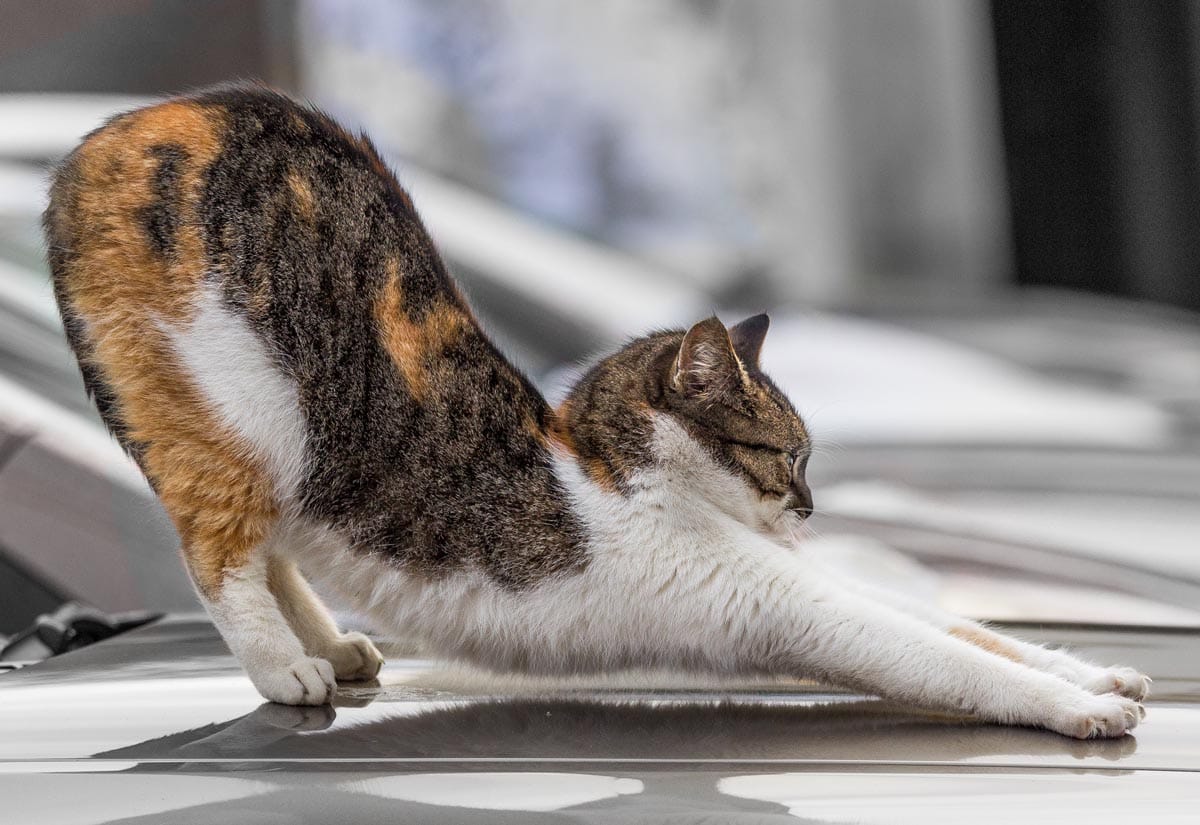 Cats are bendy thanks to their flexible spine, which can rotate more than other animals (including humans). Also, the cat’s shoulder blades are not attached to the clavicle, which gives them even more flexibility.

Cats have a floating clavicle

The cat’s clavicle (collarbone) attaches to the sternum and shoulder blades in humans; however, in cats, this tiny bone is located deep within the chest muscle. This makes the cat’s chest much narrower and deeper than other mammals, increasing the length of his stride and allowing the cat to squeeze into narrow places.

Why do cats have whiskers on their front legs?

The whiskers behind the wrist on the foreleg are called carpal whiskers; their purpose is to assist with climbing and contact with prey.