Every year, millions of healthy kittens and cats are euthanised behind the closed doors of shelters because there aren’t enough homes. All of us must take responsibility and ensure our pets aren’t contributing to the problem.

Also referred to as spay (female) and neuter (male), desexing is the removal of the uterus and ovaries in the female, and the testicles in the male. The main goal of desexing is to prevent unwanted kittens, but there are also health benefits to desexing cats.

Males, in particular, are at risk from disease, certain cancers and injuries sustained looking for female cats to mate with.

While tumours of the testicles are extremely rare, with only 14 cases reported in the past 50 years, neutering eliminates any risk of testicular cancer.

Intact males are territorial and will fight with other males. When a cat is bitten, bacteria are injected underneath the skin, which introduces bacteria and forms an abscess. The skin heals over, trapping the bacteria. The body walls of the area to prevent the spread of the infection.

A bite wound abscess is extremely painful and requires veterinary treatment to lance, drain and flush the wound.

Feline immunodeficiency virus (FIV) is a viral infection that affects the immune system of cats. It is similar to the virus responsible for HIV in humans. The most common mode of infection is via deep bite wounds from infected cats. Entire males, in particular, have an increased risk due to territorial fighting.

FeLV is a neoplastic virus, which means it causes cancer, predominantly lymphoma, it is also immunosuppressive and bone marrow suppressive. Transmission occurs via blood and saliva and is possible to transmit during mating or if the male receives a bite from an infected cat.

Intact males can roam long distances looking for a female to mate with. They are at risk from cats, wild animals and dogs. Even indoor intact males will do what they can to get out and find a mate.

While spraying itself is not a health issue to a male cat, intact males have a much higher incidence of spraying, which is a common reason for people to abandon them at shelters.

A female in heat will do everything in her power to escape and find a mate, which puts her at risk of injury to cars, wild animals, dogs and other cats.

While rare, entire females can develop cancer in the uterus and ovaries. Spaying removes all parts of the female cat’s reproductive system, eliminating the risk of developing these cancers. 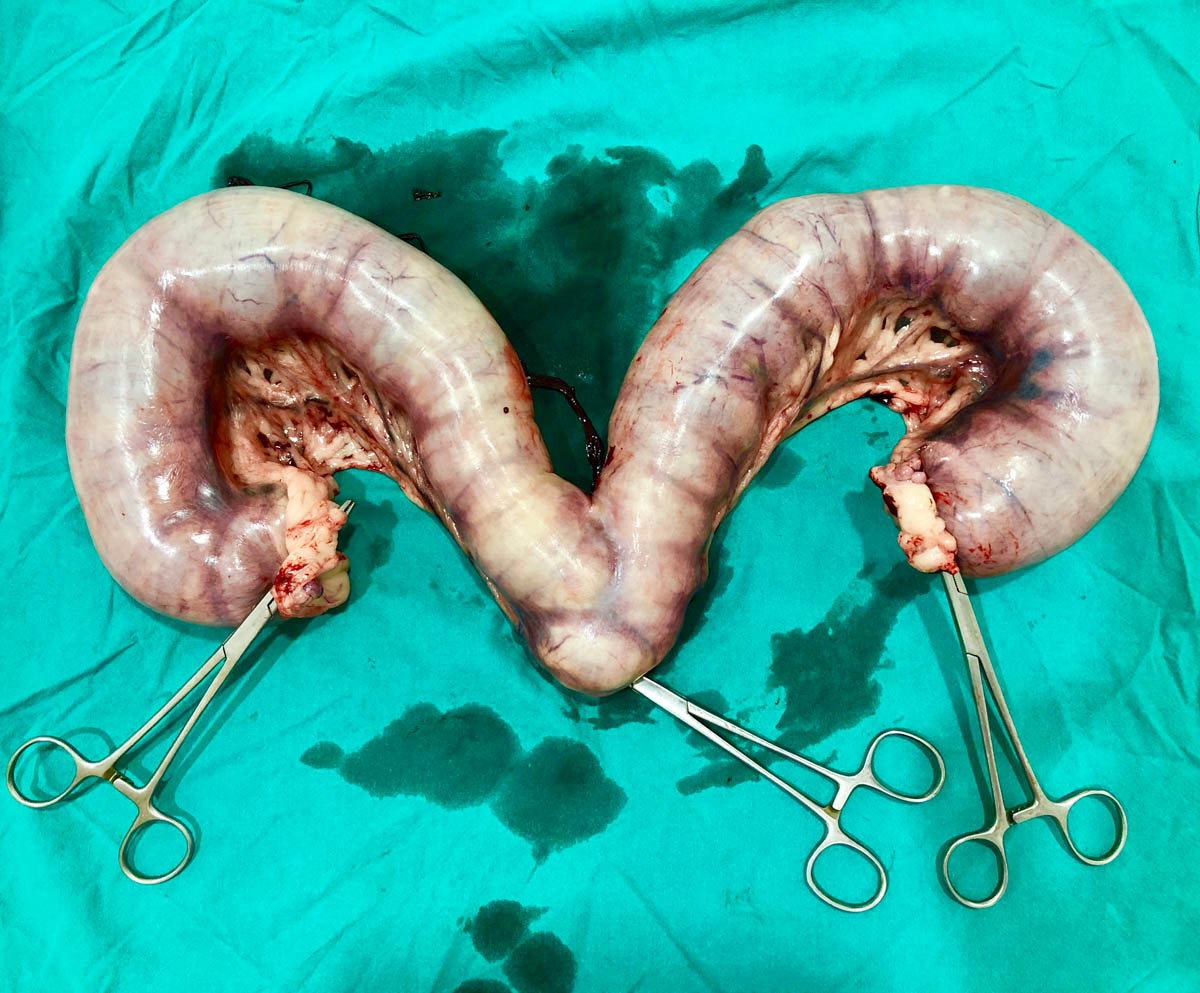 Pyometra (pus-filled uterus) is a severe and life-threatening infection associated with a condition known as cystic endometrial hyperplasia (CEH).

Normally if no pregnancy occurs, the lining will regress at the end of the heat cycle; however, frequent heat cycles, spontaneous ovulation and administration of progestins (used to control heat cycles in cats) may result in abnormal endometrial growth. In this situation, prolonged exposure to progesterone results in hyperplasia (enlargement) of the endometrium and causes the endometrium glands to become cystic. Other influencing factors, such as the inhibition of myometrial (uterine wall) contractions, closed cervix, decreased white blood cell activity can create an ideal environment for bacteria to grow.

Female cats are at increased risk of FIV during the mating process when the male bites her during copulation.

FeLV is transmitted via the blood and saliva of infected cats and is possible to transmit during mating or if the male bites the female during mating.

Pregnant cats are at risk of several difficulties during birth. Large kittens who get stuck in the birth canal, death of a kitten in the uterus, long labour which fails to progress. Most of these problems put both mother and kittens at risk and necessitate an emergency caesarian section.