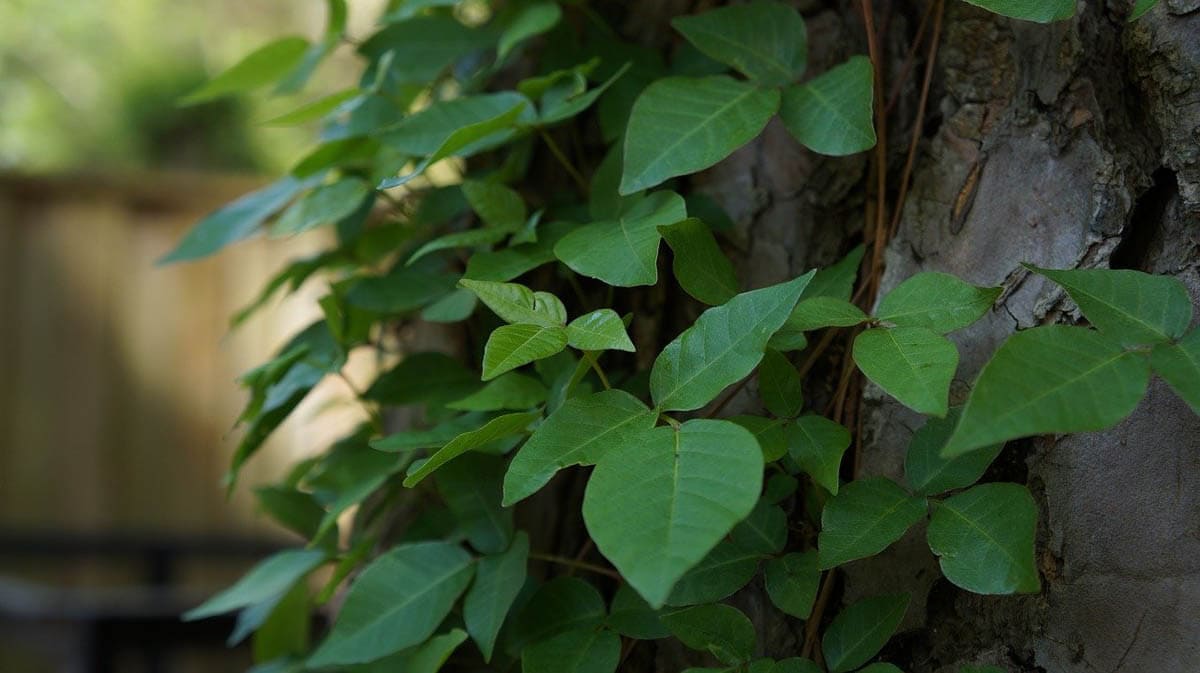 Is poison ivy toxic to cats?

Poison ivy (Toxicodendron radicans) is non-toxic to cats, however, it is toxic to humans and other primates. The toxic property is urushiol (pronounced you-roo-shee-all) a colourless, odourless oil compound which causes an allergic response upon skin exposure to the irritant sap. All parts of the plant are toxic including the leaves, stems and roots.

Cats who roam outside can potentially come into contact with poison ivy and transfer it to people if the cat brushes past exposed skin or is petted. Common symptoms include intense itching, inflammation followed by blistering. Between 10 – 15% of people are unaffected by poison ivy. The rash is the body’s immune response, which occurs when urushiol binds to proteins in the skin membrane, interfering with its ability to communicate with other cells and tricking the immune system into regarding the skin cells as foreign.

Table of Contents hide
1 Is poison ivy toxic to cats?
2 What is poison ivy?
3 What does poison ivy look like?
4 How do I get rid of poison ivy from my cat’s fur?
5 What to do if you come into contact with poison ivy
6 Frequently asked questions

What is poison ivy?

Poison ivy (Toxicodendron radicans) is a vine or shrub native to eastern North America. It belongs to the Anacardiaceae plant family along with mangoes and cashews. Poison ivy is most commonly found in shady forests, but can also survive in full sun. One study found increased CO2 levels lead to poison ivy growing twice as fast as normal.

Poison ivy has clusters of three shiny leaflets (one on each side, and a larger one in the centre), which grow on its own stem and no thorns. The plant is reddish in the spring, green in summer, and yellow to orange in the autumn.

We should note that poison oak and poison sumac also contain urushiol and should also be avoided.

How do I get rid of poison ivy from my cat’s fur?

If the cat is exposed to poison ivy, remove the cat’s collar and bathe the cat in a shampoo for cats or a laundry detergent such as Dawn and rinse thoroughly. Wear dishwashing gloves to avoid accidental exposure and be careful to avoid the eyes.

What to do if you come into contact with poison ivy

Is the rash from poison ivy contagious?

No, the rash is not contagious to others.

Leaves of three, let them be

The saying applies to poison ivy and poison oak, but not poison sumac.