One of the oldest natural breeds in the world, the Korat originates from Thailand and the breed gets its name from the province of Cao Nguyen Khorat.

The Korat is featured in the Cat-Book Poems, a book dating back to 1350-1767 which is held in the National Gallery of Bangkok.

They first appeared in Europe in 1896 under the name “blue Siamese” at the Holland House Show in London. The cat was entered by Mr Spearman who had just returned from Siam.

In 1959 Jean Johnson of Cedar Glen Cattery imported a pair of Korat cats by the name of Nara and Darra to the United States. At the time, it was hard to obtain Korats and permission was sought from the King of Thailand for Jean to acquire these cats, who were the progeny of two cats Jean had owned while living in Thailand several years earlier.

The Korat breed is now in many countries worldwide. However, it is still quite rare. 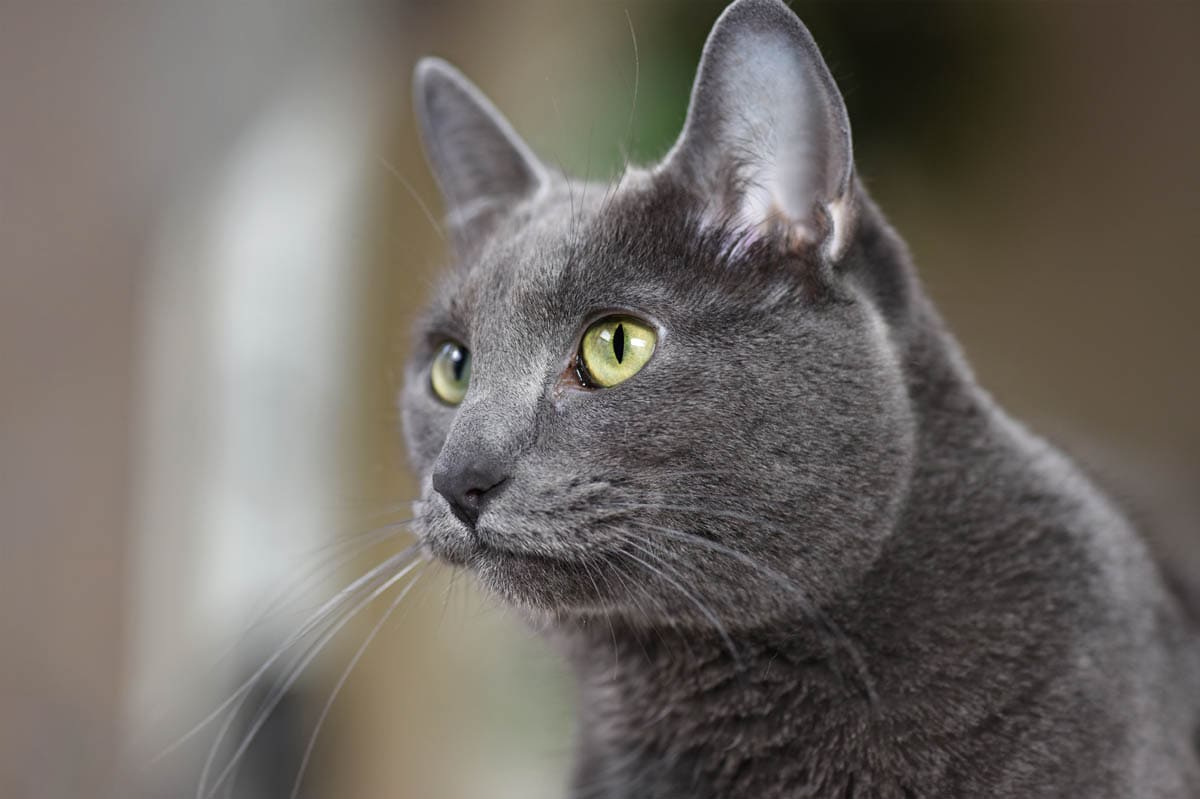 The Korat is a medium-sized cat with a muscular body. The legs are shorter than the hind legs, and the feet are small and oval. The tail is medium, broad at the base and tapering to a rounded tip. Despite their medium size, they are surprisingly heavy when picked up.

The head is heart-shaped, with large, round, green eyes and ears that are set high on the head. Nose length is in proportion to the face with a slight stop.

The silver-blue coat is short, sleek and lies close to the body. The hair is lighter at the roots, and the tip of each hair should have a shimmering silver sheen.

Males are larger than females.

The Korat is an extremely affectionate breed of cat who bonds closely to their human companions.

Korats are intelligent, playful, curious, but can also be shy and cautious. They get along with older children.