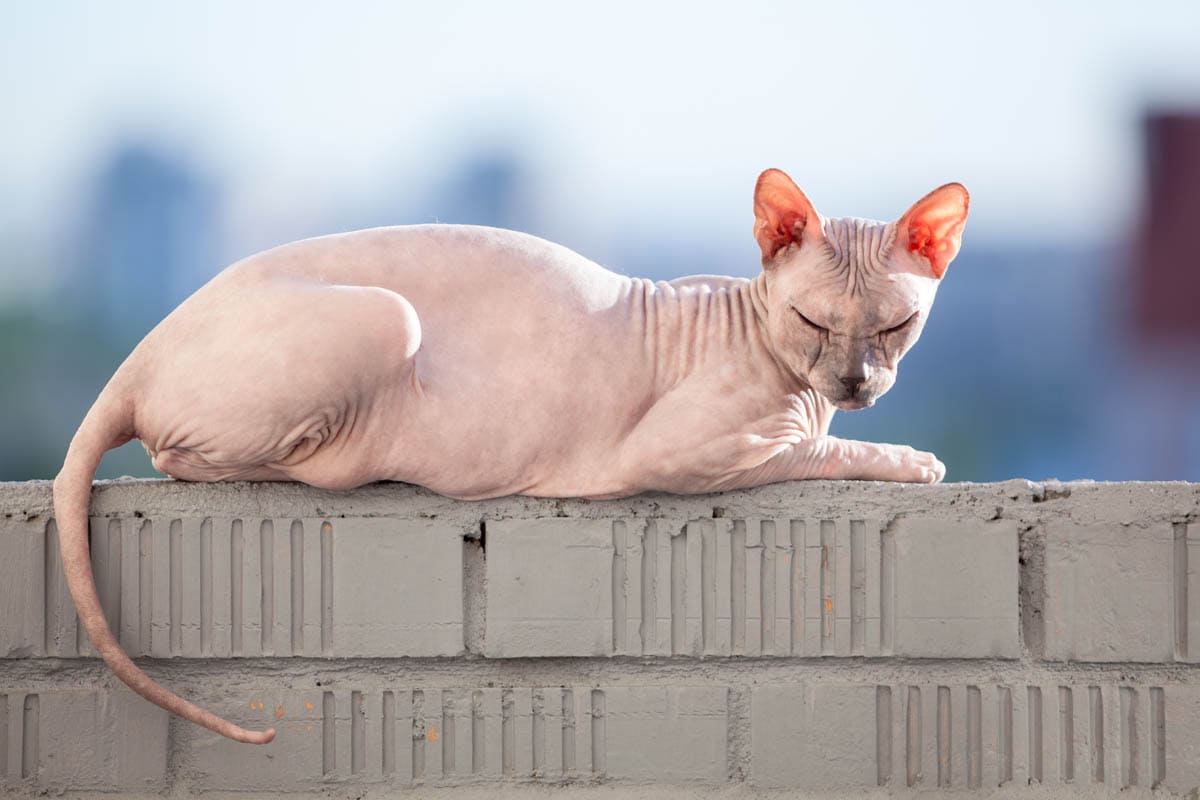 
Just like humans, cats can get sunburn too. Over time the damage caused can increase the risk of developing squamous cell carcinoma which is a form of skin cancer.

White and light-coloured cats, cats with white or light coloured ears, noses and breeds with thin coats such as Devon Rex, Cornish Rex and Sphynx cats are most susceptible to sunburn. This is because of the lack of melanin (skin and hair pigment), and protective hair in these areas. The ears are most commonly affected, although eyelids and noses can also develop sunburn. Outdoor cats, especially those who spend a lot of time outside are also at greater risk.


Many pet owners don’t realise their cat has sunburn or solar dermatitis and mistake them for other skin disorders such as allergies. Just as with other burns, sunburn can be graded according to the severity of the burn.

Over time, prolonged sun exposure can lead to chronic damage to the skin, dermatitis becomes progressively worse each summer until persistent ulceration and squamous cell carcinoma can eventually develop. Symptoms include:

Keep in mind that a cat with sunburn may also have heatstroke. Symptoms of heatstroke can include panting, bright red gums, drooling, weakness, anxiety, bleeding and collapse.

Sunburn can usually be diagnosed during the physical examination of the burned tissue. If an infection is present a sample may be taken and cultured to determine the type of bacteria present so that the best antibiotic can be prescribed.

There are a number of conditions that produce similar symptoms to solar dermatitis, so your veterinarian may need to perform some tests to come up with a definitive diagnosis.

Skin biopsy and histopathology to evaluate the cells and look for other possible causes such as mites.

Seek veterinary attention immediately if you think your cat has sunburn. Sunburn is exactly that, a burn to the skin and it is extremely painful. Treatment depends on the severity of the burn.