Tomcats are larger and more muscular than neuters and female cats, with a broad neck, and prominent stud (tomcat) jowls on the face. The testicles are clearly visible in the adult tomcat.

Battle scars are common in Tomcats who are allowed to roam, who will often have torn ears and facial scarring.

Tomcats have two things on their mind, protecting their territory and finding females to mate with. As such, tomcats tend to roam and engage in fights with other males in the area. Squabbles over territory and females may be restricted to verbalisation, with howling and yowling, if this doesn’t chase off the intruder, it will progress to a full-blown fight. Territorial fighting puts the tomcat at risk of bite-wound abscess and transmission of feline immunodeficiency virus.

The incidence of spraying on vertical surfaces is higher in tomcats. Their urine has a more pungent odour to that of females or neuters due to increased levels of felinine. Felinine is a chemical compound in cat urine made from sulfur-containing amino acids. When deposited, feline is odourless, however, it develops its characteristic smell due due to breakdown products contained in the urine. 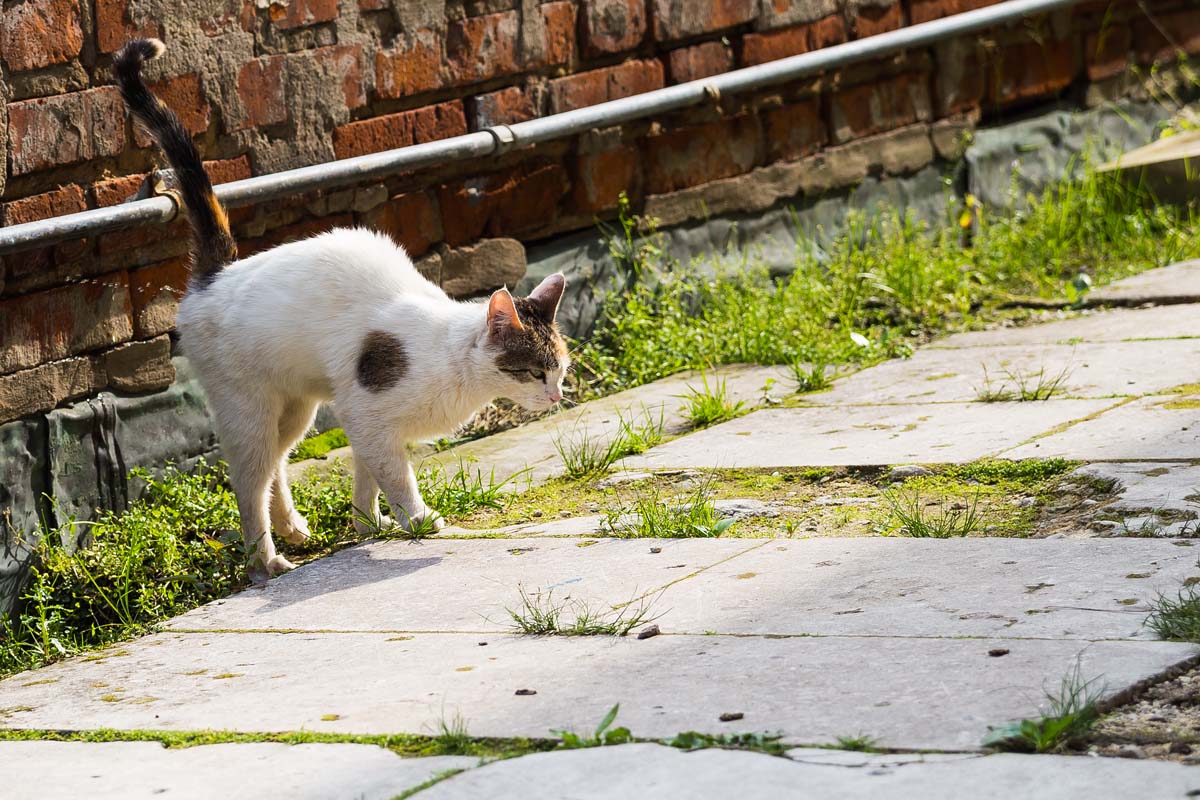 Middening is the deposit of uncovered feces in prominent positions to mark territory and send a message to other male cats in the area.

What is a desexed (neutered) male cat called?

The term gib or gibble cat preceded Tomcat, particularly in northern England. In his book Cat World A Feline Encyclopedia, Desmond Morris claims that the word is a contraction of Gilbert.

What is the feminine equivalent of a tomcat?

Tomcats are extremely territorial and will act aggressively to any male who encroaches on his territory. Domesticated tomcats should not be aggressive towards people.