The life cycle of the trombiculid mite is in four development stages, egg, larval, nymph and adult. Only the larval form (known as chiggers, hence the name) are parasitic to cats, the nymph and adult are free living.

Chiggers don’t actually bite your cat, once on the host, they pierce the skin and inject saliva containing digestive enzymes to break down the skin cells (known as cellular autolysis), they then feed on the blood serum. Once they have fed, they fall drop back onto the ground and passes into the nymph stage. Chiggers feed on a wide variety of vertebrates, including humans and dogs as well as reptiles and birds. They are most prevalent between spring and autumn when conditions are hot and humid.

There are approximately 10,000 species of chiggers and their distribution is worldwide. It would appear they are a bigger issue for cats in the United States (most commonly called chiggers or red bug) and Europe (where they are known as harvest mites). In Australia, they are called scrub-itch mites but don’t seem to pose a problem.

The larval form of chiggers is minute and barely visible to the eye. They are red/orange in colour and have six legs. The nymph and adult trombiculid mites have eight legs.

Obviously, it is hard to see bites on a cat due to their fur, but it is quite easy to see the bites on a person. 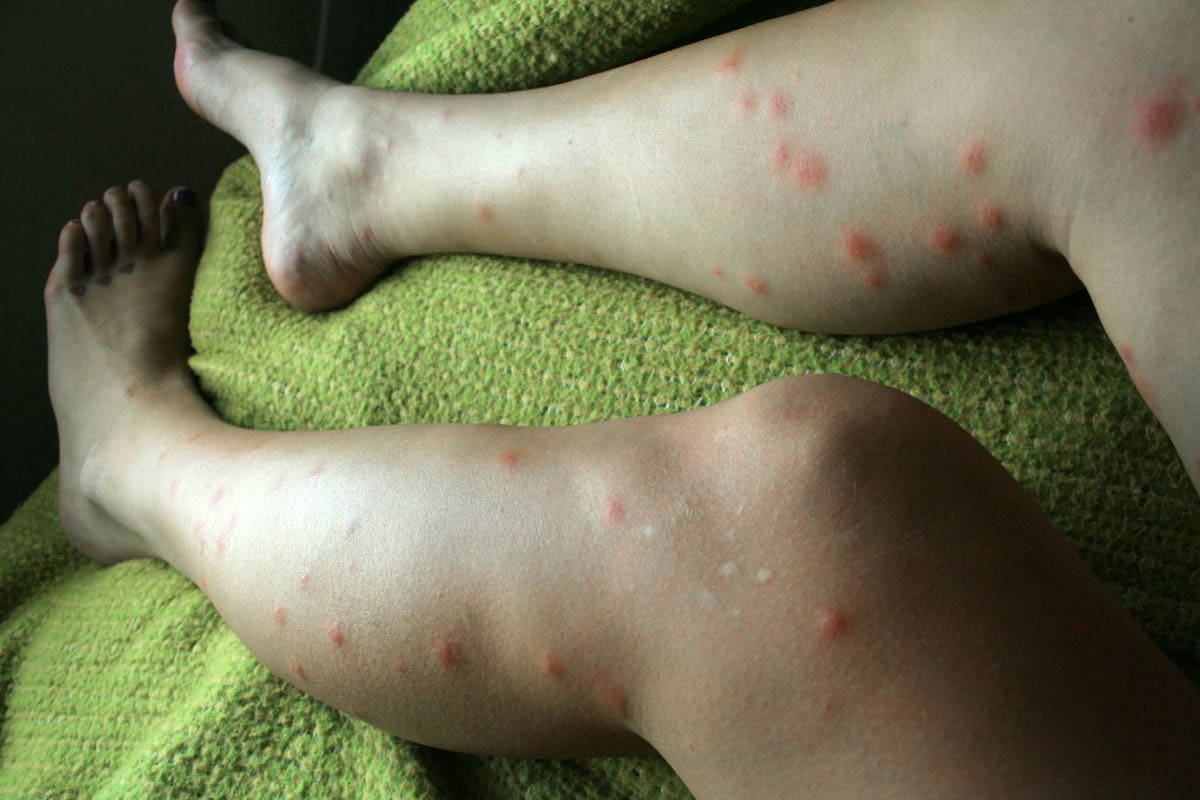 Your veterinarian will perform a complete physical examination of your cat and obtain a history from you. The veterinarian may suspect chiggers if they identify any of the following:

Infection with chiggers is usually self-limiting and treatment is not always necessary.

When treatment is required, it involves the administration of an appropriate parasiticide for cats. There are currently no treatments that are licensed for use on cats to treat chiggers, however, most flea treatment products are also effective in killing these mites.

If your cat has developed a secondary skin infection, he may require a course of antibiotics.

Can my cat pass chiggers onto other pets or humans?

It is not likely that your cat can pass chiggers on to other cats or yourself.

Chiggers in the United States and Europe aren’t believed to transmit any diseases to cats (or humans), however, in parts of Asia they can transmit scrub typhus to humans, which is a rickettsial disease.