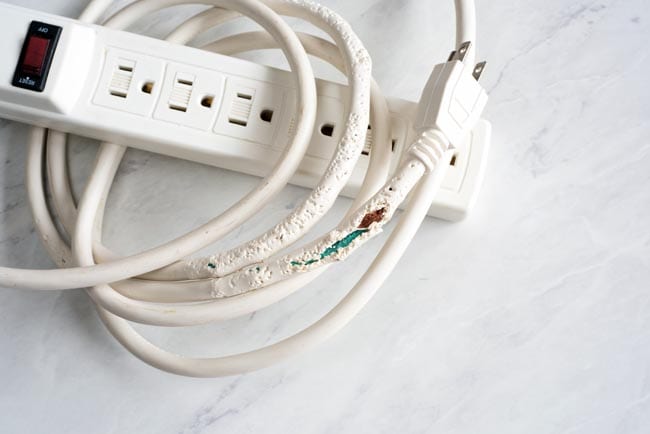 Electric shock is a severe and life-threatening trauma which occurs when a cat is exposed to electricity. Chewing electrical cords is the most common cause of electric shock in cats. Kittens are at increased risk due to their inquisitive nature as well as their tendency to chew on everything, especially around teething time.

The injury is twofold; the cat receives an electric shock as well as electrical burns. The lips, mouth, and tongue are most often affected, causing burns and eventually necrosis (death) of the affected tissues. More seriously, electrical shock can lead to pulmonary edema (fluid in the lungs) which is due to damage caused to the blood vessels, which causes fluid to leak into the lungs. Pulmonary edema can take from 2-3 hours to several days to develop.

If your cat receives any form of electric shock, seek immediate veterinary attention, even if the cat appears to be well.

An electric shock can cause contraction of the muscles, causing your cat to clamp down even harder on the cord. Once the electrical source is cut off, the cat is then able to release the cable.

Cats are curious and their inherent nature is to explore, kittens are at increased risk, especially around teething time.