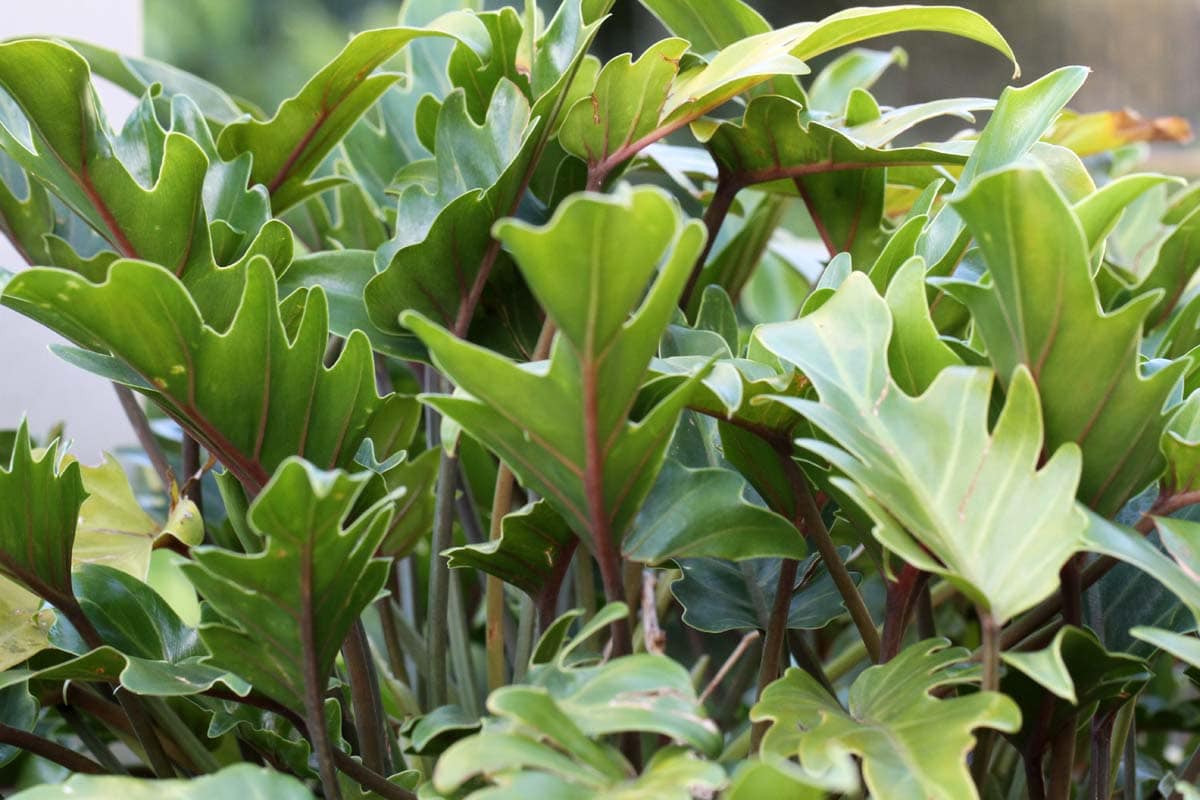 Is philodendron toxic to cats?

Philodendron is toxic to cats, the toxic principle is insoluble calcium oxalate crystals which are produced by specialised cells known as idioblasts. These needle-sharp crystals form clusters known as raphides within the tissue of the plant which serve as a defence against herbivory. When the plant is chewed, crystals penetrate the delicate tissues of the mouth and pharynx causing intense pain and burning.

Philodendron is a large genus of flowering plant native to Central and South America. Its easy care and glossy, heart-shaped leaves make many species of philodendron a popular houseplant or ornamental outdoor plant in warmer climates.

There are 400 species of philodendron that fall into two categories; trailing and non-trailing.

It should be noted that the Swiss cheese plant is often referred to as a philodendron, however, this is incorrect, the scientific name for this plant is Monstera deliciosa.  Monstera deliciosa has a more regular outline to the leaf, usually with extra holes in it compared to the Philodendron.


Most cats will stop chewing on philodendron in response to the bitter taste and acute pain. Symptoms typically relate to acute oropharyngeal pain from contact with needle-shaped calcium oxalate crystals.

Most cases of philodendron ingestion are mild and self-limiting. Offer the cat something tasty such as tuna juice, milk or onion and garlic free stock (broth) to help flush the mouth.

Cats who are experiencing swelling and breathing difficulty should see a veterinarian immediately.

The only way to prevent philodendron toxicity is to keep them out of the house and garden. The bitter taste and intense oral pain will be enough to deter most cats. Kittens are more prone to ingestion of non-food items due to their curious nature.

There are many cat-safe plants for people to grow in the home which eliminates any potential risk from toxic plants.