A tailless cat that originated in the Isle of Man, the Manx is an old breed of cat. This breed is sturdy, has a thick coat, and despite people recognising it as a tailless breed, they come in several categories from completely tailless to an almost full-length tail.

Originating on the Isle of Man, a small island between the UK and Ireland, the Manx Cat is an old tailless breed of cat. There are a great many theories as to how the breed came about:

The most logical explanation is that it is a spontaneous mutation that occurred around 300 years ago, and the mutation was passed on to future generations.

The Manx gene is dominant (M) and in its homozygous form, where the cat has two of the Manx gene (MM), it is prenatal lethal (i.e.; the offspring die in utero). Therefore you can not breed a Manx to a Manx.

In his book “Our Cats And All About them” dated 1889, Harrison Weir makes mention of the Manx cat. 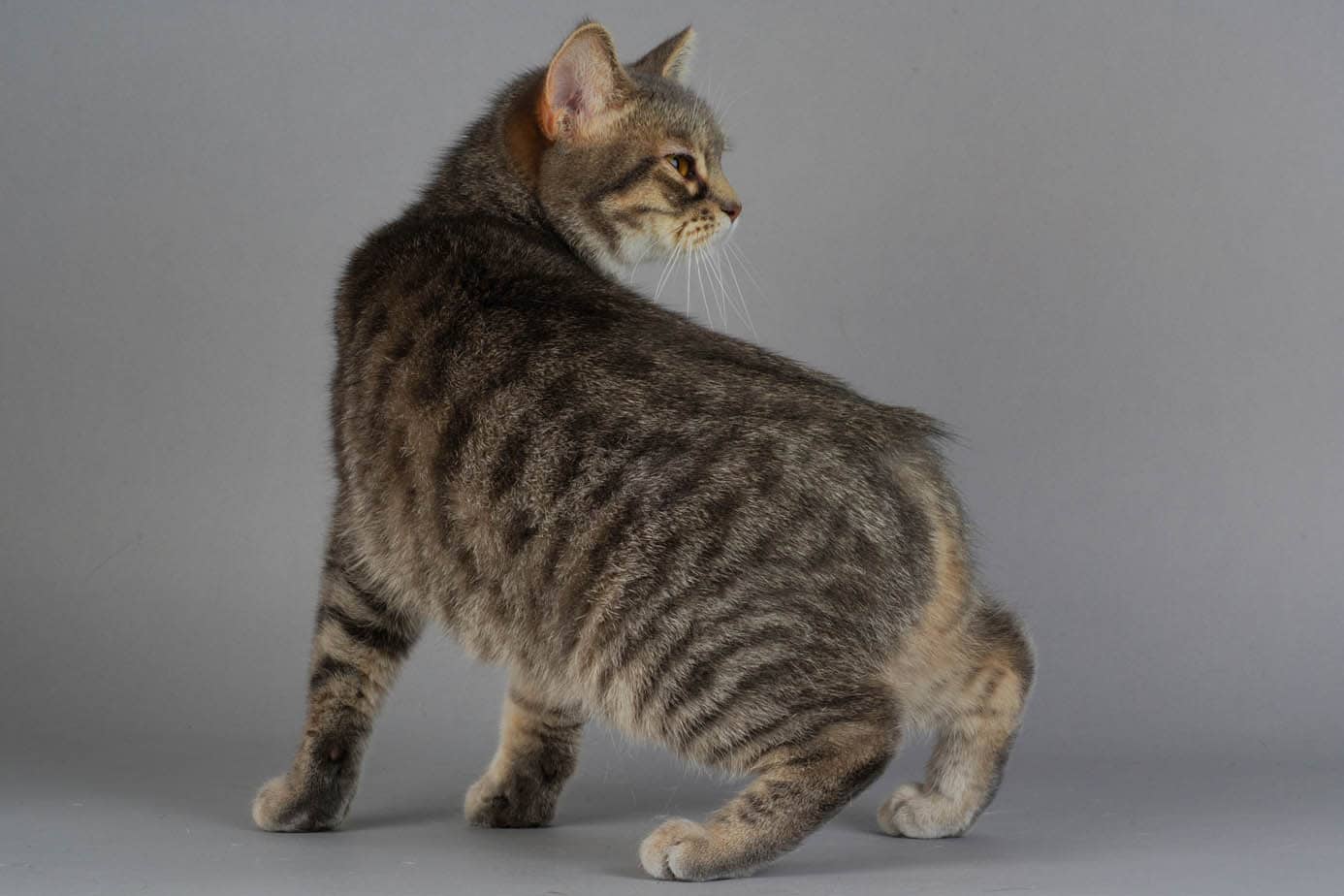 Body: The body is solid, compact with a broad chest. The body is short, with a round rump. The height at the hindquarters is equal to the length of the body.

Legs:  Short, strong and sturdy, front legs are shorter than the hind legs.

Head:  Round with large, prominent cheeks, a broad nose and a gentle dip from the forehead to the nose. The muzzle is strong and there is a pronounced whisker break.

Tail: The most obvious feature of the Manx is the tail or lack of. There are four types of taillessness in the Manx;

Coat: Manx cats have a double coat and come in long hair and short hair. The long-haired Manx is known as the “Cymric” (pronounced kym-ric). All colour forms and patterns are accepted with the Manx cat except colourpoint.

The Manx cat is an intelligent and playful cat who is quite dog-like and love to play fetch. Their powerful back legs make them excellent jumpers.

Manx form close bonds with their human companions and some Manx will form an especially close bond with one particular member of the household. They get along with people, including children and most also live happily with dogs.

Manx are generally a hardy breed of cat however some Manx can be prone to arthritis and leg stiffness.

Manx syndrome is a group of disorders caused by a shortening of the spine, which can affect the nerves and colon of affected cats, causing paralysis and constipation.

The Manx cat is one of the less common cat breeds, especially outside the Isle of Man.

Yes, Manx cats are friendly and get along well with people.