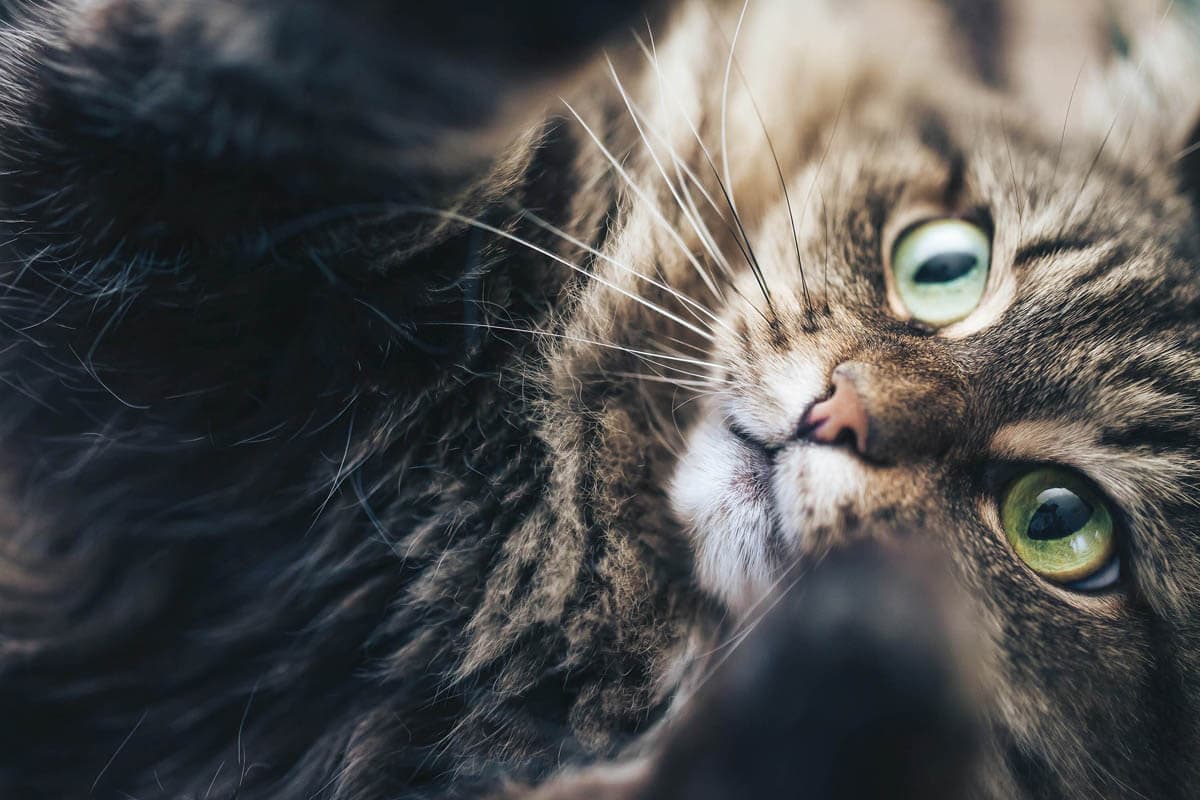 Some cats like to try to dig their way to China in the litter tray, the enclosed litter tray prevents cat litter from being flicked out of the tray.

We don’t have to look at their waste

Let’s face it, nobody wants to look at clumps of feces and urine in the litter tray between scoops.

Prevents dogs from accessing the litter

Some dogs will eat urine if they have easy access to the litter tray, not only is this revolting, but it can potentially spread disease.

Some cats prefer the privacy that a covered litter tray offers.

There are plenty of advantages to enclosed litter tray but most of them make life easier for us, and not necessarily the cat. Unfortunately, a cat who is unhappy with the litter tray will find a more suitable location.

It may be great for us that the litter tray keeps the smell from spreading through the house, but for the cat, going into an enclosed litter tray that smells of feces and urine is overwhelming. Cats have more than 200 million odour sensors in their noses compared to our mere five million.

Hooded litter trays have one entry and exit, which puts cats at risk of ambush from other household cats, dogs or children.

Can be difficult to turn around in

The covered tray can be more difficult for a large cat to turn around in and larger cats, in particular, can feel extremely closed in.

Many cats will have no issue using a covered litter tray as long as it is cleaned regularly. One trial featuring 28 cats with no elimination problems found only eight showed a definite preference (4 for the covered trays, 4 for open), the remainder showed no preference. This highlights that elimination problems generally have an underlying cause unrelated to covered vs open litter trays.

How many litter trays should I provide?

The recommendation for litter trays is one per cat, plus one extra. So at a minimum, there should be two litter trays, which can include a covered tray and an open tray to meet the individual preferences for the cat.

Any change in litter tray habits should be evaluated by a veterinarian to rule out an underlying medical cause. Once the cat has been given a clean bill of health, then determining the cause and rectifying the issue is necessary.

Factors that play a role in litter tray success or failure include the location, type of litter, and cleanliness. Cats are fastidiously clean and do not want to use a dirty litter tray. Scoop litter trays twice a day to remove solids, avoid scented cat litter which can be overpowering to the cat.

The litter tray should be 1.5 times as long as the cat and tall enough for the cat to stand upright and comfortably turn around.

Cats like some privacy when they go to the toilet, but not at the expense of safety. If they feel nervous or threatened by the location or type of litter tray, they will find a safer spot. Avoid high traffic and noisy areas such as the kitchen and don’t hide the tray in a corner where the cat has no escape. Some cats will appreciate the privacy a covered tray provides, but others may prefer an open tray so that they can see what’s around them. Strategically placed plants can provide the necessary privacy but still enable the cat to see what’s around him or her.

A large storage container is a great choice for adult cats, the high sides prevent litter scatter and offer a level of privacy without sacrificing a quick escape route for the cat, they are cheap and large. Unfortunately, young kittens and senior cats with mobility issues may not be able to climb into or out of the tray. Our goal when choosing a litter tray is to put our cat’s needs ahead of ours.